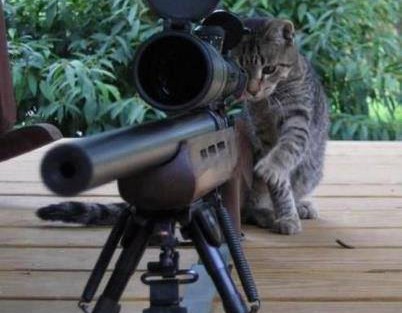 Representative Jim Townsend who we reported on recently (HERE) due to his asinine attempts to require purchase licenses for long guns is at it again.

This time Mr. Townsend the representative from Royal Oak is looking to effectively destroy both out of state hunting revenues and  youth hunting in the great state of Michigan.

He has introduced HIB-4774 (HERE) which will require pistol licenses to be extended to all firearms. Regardless of yoru fealings on registration or purchase legislation let me explain why this is a bad idea.

We recently reported on changes to the Michigan hunting permits (HERE). These changes are expected to bring in over 20 Million Dollars to the DMR. Based on this it is unlikely this legislation will pass but we cannot leave this to chance. The legislation has been sent to the committee at this time and here is the people who are reviewing it:
Kevin Cotter (R) Committee Chair, 99th District

Klint Kesto (R) Majority Vice-Chair, 39th District
Kurt Heise (R) 20th District
Bradford Jacobsen (R) 46th District
Joel Johnson (R) 97th District
Andrea LaFontaine (R) 32nd District
Tom Leonard (R) 93rd District
Phil Cavanagh (D) Minority Vice-Chair, 10th District
Ellen Lipton (D) 27th District
Jeff Irwin (D) 53rd District
Paul Clemente (D) 14th District
_____________________________
Angie Lake, Committee Clerk
517-373-5795
Messages and comments left with Angie Lake the Committee Clerk will be disseminated among the committee members.
An email response has been received from Mr. Phil Cavanagh’s office stating the following.
Hi Mr. XXXXXX,
The Judiciary Committee has adjourned for the summer. They did not take this bill up before they adjourned, and I’m not sure if Rep. Cotter (the Chair of Judiciary) has any plans of taking it up in the fall.
If you would like to pursue this issue, I urge you to contact Rep. Cotter at (517) 373-1789 or kcotter@house.mi.gov. He has the final say over the agenda, so he could possibly prevent the bill from ever being taken up in Committee at all.
Thanks for contacting our office!
Best,
Katie Stearns
Legislative Assistant
Office of Rep. Cavanagh
District 10
(517) 373-0857
As such it should be our firm duty to contact our Republican Representative Mr. Kevin Cotter at the above mentioned number and email.