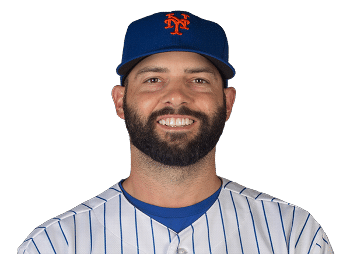 http://t.co/2B6lhSjyGz this is not why i put on that shirt this day. I in no way support bloomberg/Morgan or gun control.

New York Mets pitcher Dillon Gee took to twitter to defend himself over images of him along with teammates dressed in orange circulated for the first National Gun Violence Awareness Day.

“[T]his is not why i put on that shirt this day,” Gee, 29, blasted out on social media referencing a news piece that referenced the event and its Wear Orange tie in along with references to Piers Morgan and former New York Mayor Michael Bloomberg.

“I in no way support bloomberg/Morgan or gun control,” Gee said.

When asked on social media to elaborate his stand, Gee responded, “[W]as told it was in support of raising awareness for gun violence. I don’t support senseless gun violence. That’s all.”

Gee, a Texan, attended the University of Texas at Arlington and was drafted to the Mets in 2007, cutting his teeth with farm teams until he made his major league debut in 2010 and has racked up 484 strikeouts.

Responses on Gee’s post were mixed remarks of support, chastisement, and a few calls to focus on his game.

“This is not what u should be worried about dude. Throw strikes that’s all we want, we don’t want your opinion on social issues,” replied one fan.

The Mets, with Gee on the mound, was shellacked by the Padres, 7-3, at Petco Park after giving up eight hits.

During the game, the team wore their standard grey uniforms and made no statement of support for the Wear Orange campaign on the field.