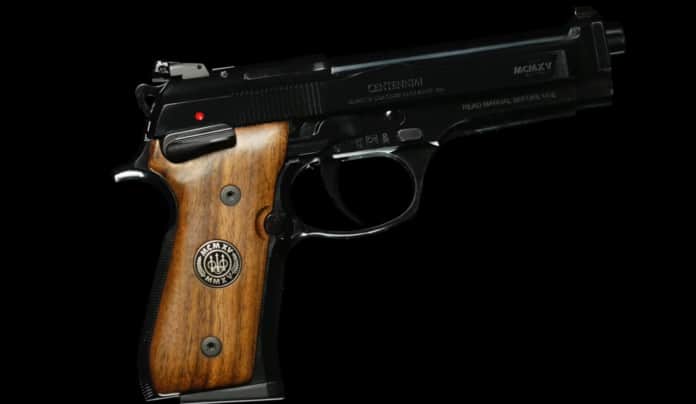 Celebrating the 100th Anniversary of the introduction of their first semi-auto handgun, the Model 1915, Beretta has a swag special edition Model 92FS.

While Pietro Beretta has been around in one form or another since 1526, they only got into the handgun game in the past century. They did that with the original Model 1915– a simple blowback action pistol using the forgettable and under-powered 9mm Glisenti cartridge used by the Italian Army during World War I.

Now passing a solid 100 in pistol-making, Beretta has introduced the Centennial 92FS/98FS with a host of features including adjustable sights, polished barrel, laser micro-pattern engraving on the slide, wood-grips with an inlaid medal, premium-grade finishing and an ammo-can carrying case.

No word on MSRP yet, but it sure is pretty.