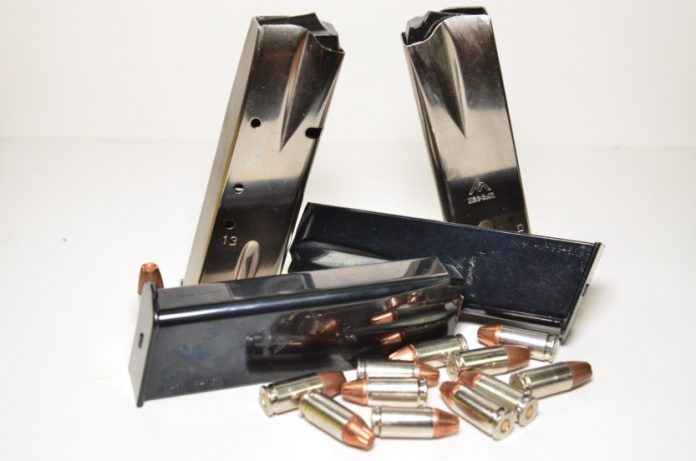 Mec Gar produces more than 200 different models of pistol magazines, covering many of the worlds top brands and models. The privately owned and operated company has made more than 100 million magazines since 1965 in it’s two Italian factories nestled in the foot hills of the Italian Alps. They obviously are doing something right, you don’t last that long and put out that amount of volume without serious attention to detail and quality control.

You may not have heard of Mec Gar but you have defiantly heard the names of the companies that they provide pistol magazines for. Mec Gar is the original equipment manufacturer for top brands such as  Beretta, Browning, Bersa, CZ-USA, Sig Sauer, Taurus and Walther to name just a few. That means that these companies who send their pistols out into the hands of thousands of military and law enforcement officers trust that Mec Gar will produce a nearly perfect product. They stake their reputation and people’s lives on that fact.

Everyone that has ever had a poorly fitting or built pistol magazine can attest to the frustration of bad springs, followers, or just shoddy workmanship. It instantly makes any range session miserable and leads to shooters have to scour the ground for live rounds do to having to clear jams or malfunctions. Shooters all know that the magazine is one of the most critical components of any weapon, so why would we take liberties with them?

Im not just writing this as a columnist I’m writing this as a shooter who has previously fell victim to what I think is a scam in the shooting community. Cheap “asian contract” magazines as they are known have come back to bite me time and time again. One of my best pistols is my former Israeli Defense Force Browning Hi Power, a pistol that uses magazines that usually are fairly expensive. So in a cost cutting effort I ordered some china mart mags and used them for about a week. Jam after Jam, misfeed after misfeed until I couldn’t take it anymore and set the BHP back in the gun safe.

What happened next was sheer luck , during a conversation with Epicosity, a public relations firm that handles things for several gun companies I was discussing my favorite guns and issues with products and said about how expensive magazines were for my beloved Browning Hi Power and that foreign contract magazines suck. That’s when I was told about Mec Gar, their history and their status as Original Equipment Manufacturer for the companies listed above. When I was offered a chance to demo some mags I jumped all over the opportunity.

The Mec Gar mags arrived and were in what I consider standard see threw plastic packaging, nothing flashy. Once I opened the packages and inspected the magazines it was then that I immediately noticed the massive difference between the two. The old mags I had been using on and off for a while were total and absolute garbage next to the Mec Gar’s.

The first noticeable fact is the difference in materials, Mec Gar uses much better strength springs and features better finishing on the metal. On my old magazines the follower would routinely hang up on hole for the magazine catch. No matter how much cleaning, checking it, this was a common problem, even after replacing the magazine springs with Wolff springs from Brownells.

Even the follower on the new magazines is better than the my old magazines, I even checked them against my stockpile of older mags and once again Mec Gar stood out above the pack. Its hard to usually get excited about something small like magazines, but once you have a pile of bad ones it’s easy to get a little bit amped up about these.

I received and have been testing four magazines for my Browning Hi Power, two of them are blued 15 round models and two are nickel plated 13 round models. So far after using my standard test ammunition of 115 grain full metal jacket Union Metallic Cartridge yellow box , Ive yet to have any magazine related failures. Ive had a few bad rounds but that had nothing to do with the magazines. I know its only been 500 rounds spread between a few magazines but I’m confident that this type of performance will continue well into the future.

The next phase of testing will consist of a mixed variety or full metal jacketed rounds from Wolf, Blazer, Winchester and hollow points from Federal, Hornady and Winchester. I want to make sure that they will safely and effectively run ammunition from all price ranges. This will make sure that you our readers are making a fully informed decision before you purchase Mec Gar magazines for your own use.

If you own a Beretta, Sig, CZ-USA, Taurus or a Walther you most likely already own one or more Mec Gar magazines. Shooters owning other brands of pistols don’t worry, Mec Gar hasn’t forgotten you either. They make more than 200 different styles of magazines, even fitting manufacturers guns that they aren’t the OEM contractor for. Below we have provided a small list of models and a link to Mec Gar’s home page. It might be worth your time and money to check them out and see if they have magazines for your pistol.

We will continue to evaluate these magazines over the summer. Periodic updates will be in the comments section of this article, so check back as the summer progresses. Until then enjoy this short video review of Mec Gar magazines. 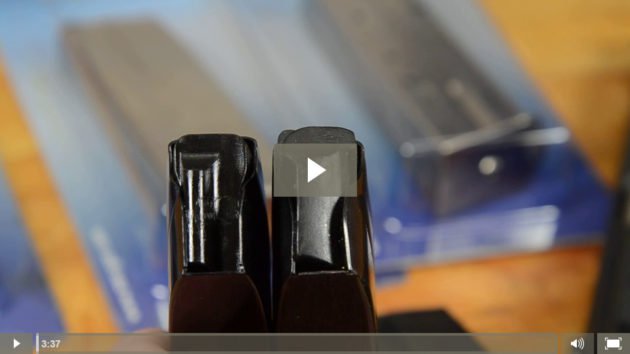