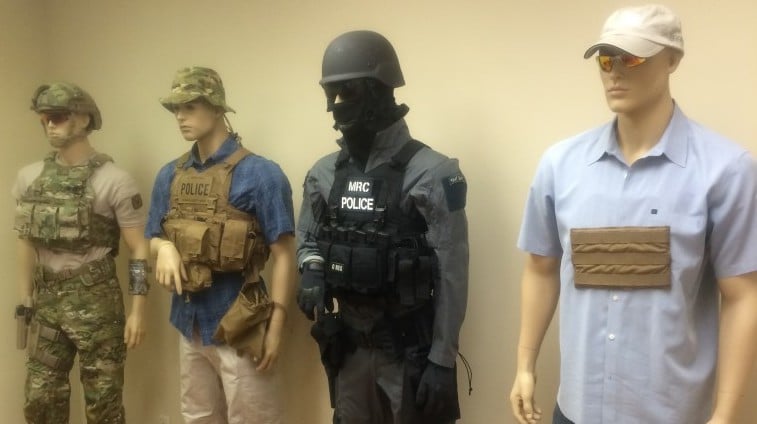 Here’s the deal: Mayflower Research & Consulting LLC and Velocity Systems did officially merge. This might not be “news” to some, but for many people confusion remains.We’ll try to help clear that up. 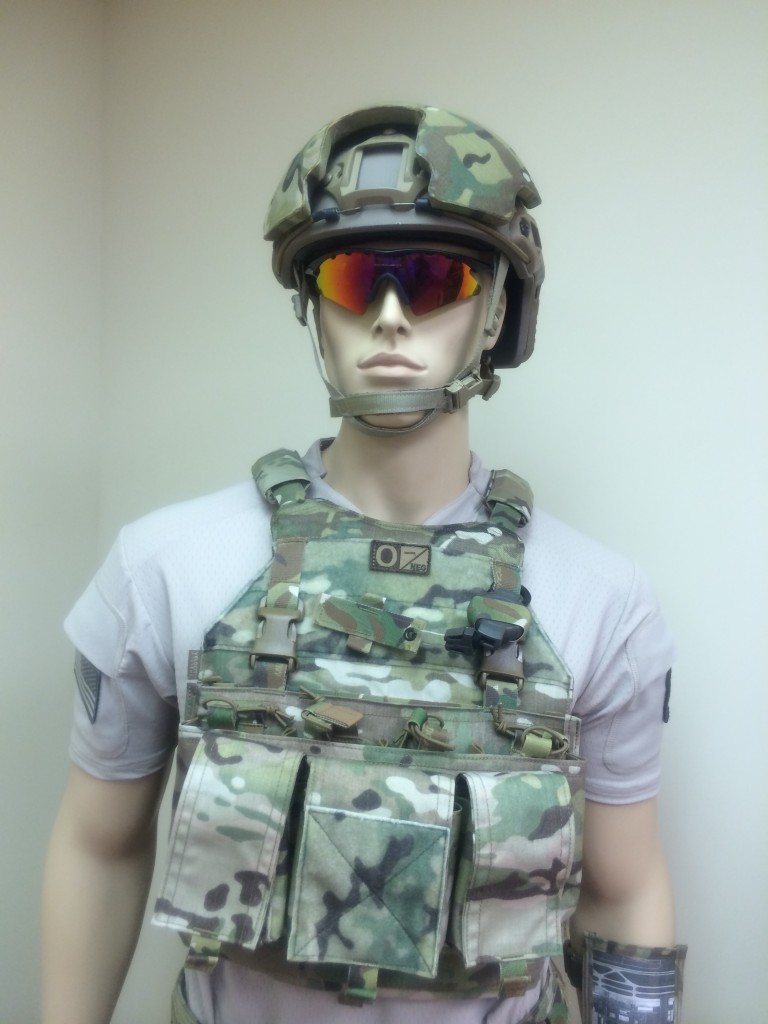 Although the two highly respected companies merged recently into one entity, they have actually worked in tandem for several years now and have had a successful partnership from day one. Both brands have an impressive track record in the industry and their products are widely used through out America’s SOF forces and LEO units – Mayflower rigs were seen in footage of the recent manhunt for Eric Frein, for instance. The high performance, rugged and innovative designs created by both Mayflower and Velocity Systems have set a high standard in tactical nylon and armor, so much that their products are coveted by their users, and often imitated by their competitors. Recently we had an opportunity to visit Velocity System’s headquarters in northern Virginia. There we got the full scoop as well as a tour of the facility. 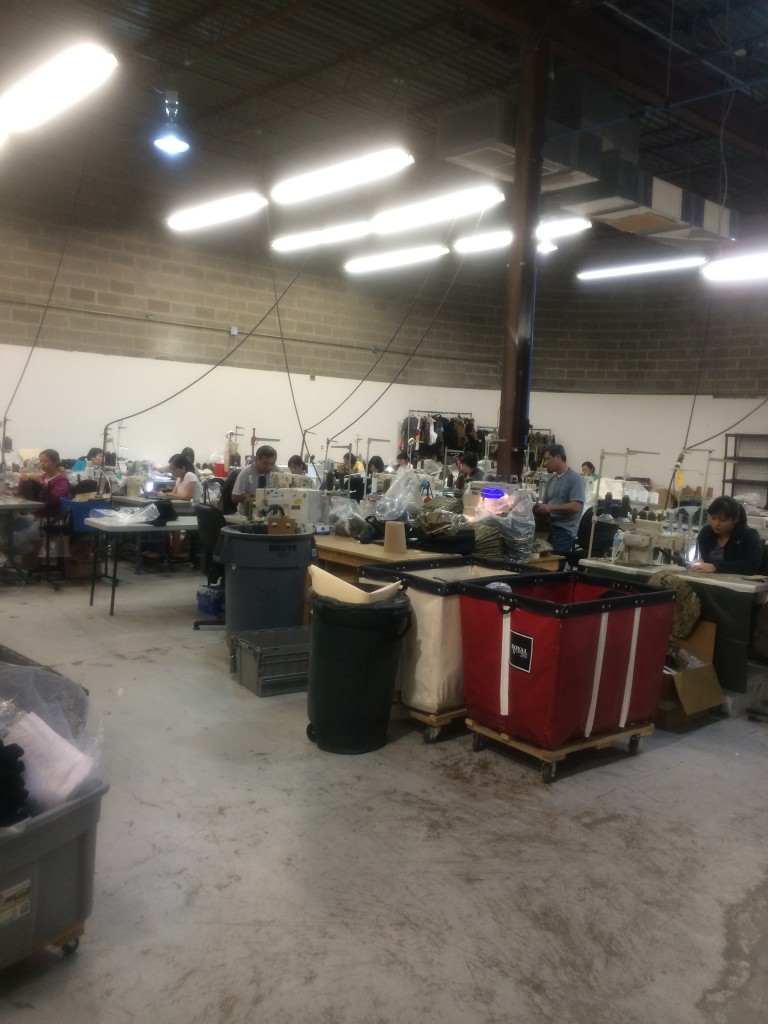 The company is based a short drive from Dulles international airport, down a quiet street in a plain industrial park. The location has always been somewhat strategic, as the facility is close to Washington D.C. and all of its federal customers. Considering how many agencies and military buyers are in the area, its convenient for prospective customers to come by to see the latest designs. During our visit we were able to spend some time with and interview Travis Rolph, the man who started Mayflower. Travis is a career Army SF soldier, genuinely nice guy and legitimate badass who began sewing custom nylon long before retiring, launching his own product line immediately upon leaving the service in 2007. His designs are based off ideas gained from an impressive warfighting resumé, and are all founded on the notion that gear should be lighter, better, stronger and more adaptable. (He keeps his experience current and relevant a number of different ways, including doing things like running the recent Grand 2 Grand Ultra, a 7 day, 170 mile footrace he ran unsupported.)

Trimming weight where possible, and simplifying where practical has become a hallmark of Rolph’s Mayflower designs. Many of Mayflower’s rigs and pieces of kit are brand identifiable simply by a glance. Every product is scrutinized and carefully evaluated before being hand sewn at the facility. 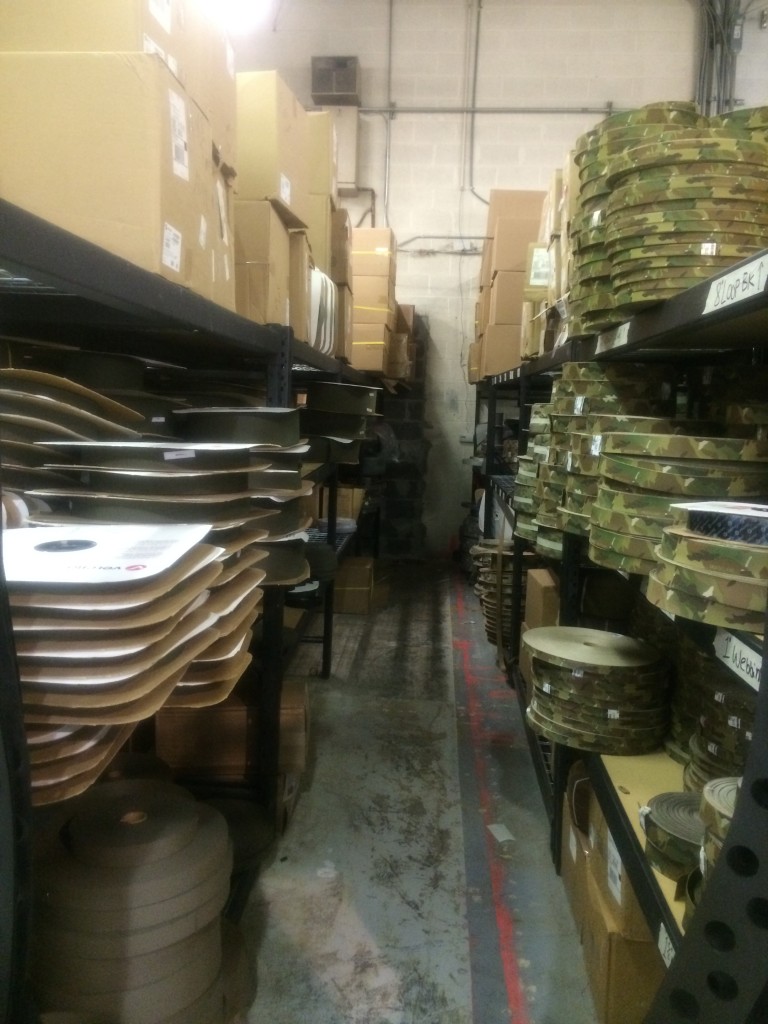 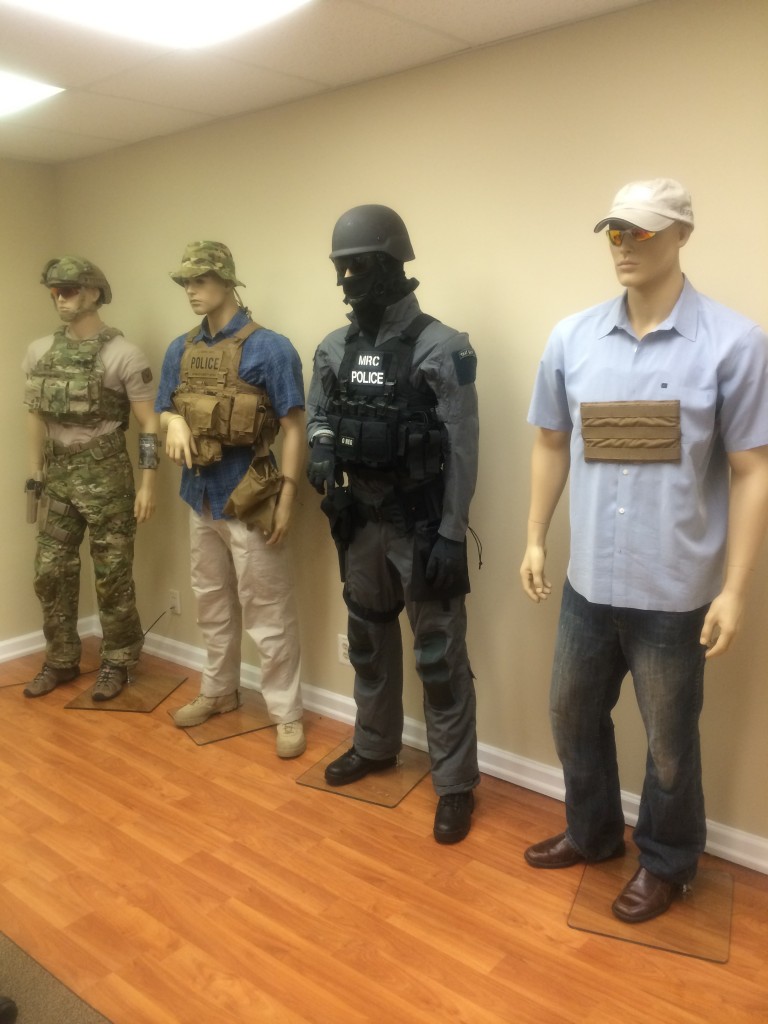 Velocity Systems is probably best know for their armor solutions. Those have seen wide spread use domestically as well as on foreign battlefields. Their motto of “At the Speed of Need” has held true over recent years as they continue to design and build custom protective solutions at the request of end users. In traditional ordering, prototyping and acquisition specific requests are often ignored by manufacturers. Other times the manufacturers just don’t have the capacity to conduct R&D, service contracts, manufacture and deliver equipment in a timely fashion. It can be a tricky, difficult process and the complications bog things down. This badly slows lead times. This inability on the part of so many manufacturers to effectively respond to an immediate requirement for specialized armor solutions has contributed directly to Velocity’s success – they don’t seem to have any problem innovating, building and delivering quickly. The whole time we were touring  the facility, checking out the various Mayflower and Velocity Systems products, we just kept seeing unique and interesting designs.

Unfortunately many of those are not available to the public and most are not for general distro. When asked if we could write about or photograph these designs, the answer was often a simple “No.” This isn’t one of those disingenuous “We could tell you but we’d have to kill you things,” and we certainly didn’t take offense. We here at Breach-Bang-Clear fully understand OPSEC and hopefully you do as well. These merged companies have produced some amazing gear being used by our country’s most elite protectors, and no one wants those hidden aces being shown to our enemies. We were told that the company produces about 50% of their lineup for open purchase, while the remaining half falls into the “special purpose” category that isn’t intended for commercial sales.

They also don’t shy away from special runs or “one off’s” for unique customers. We were impressed by how much of the production is actually geared to this. 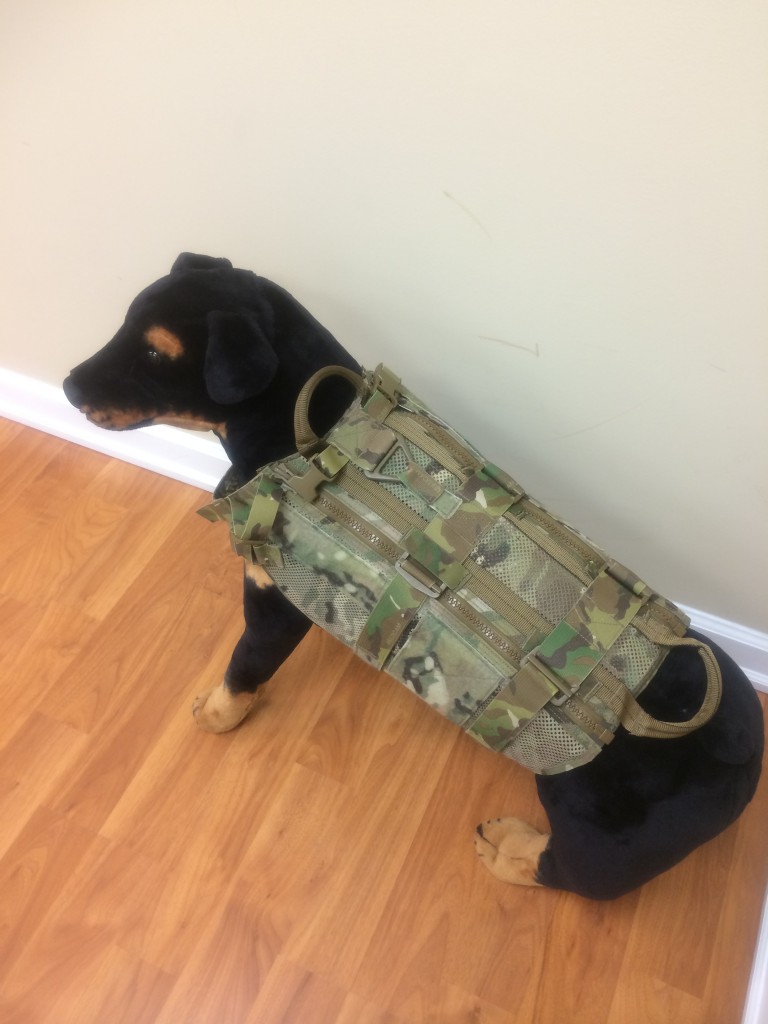 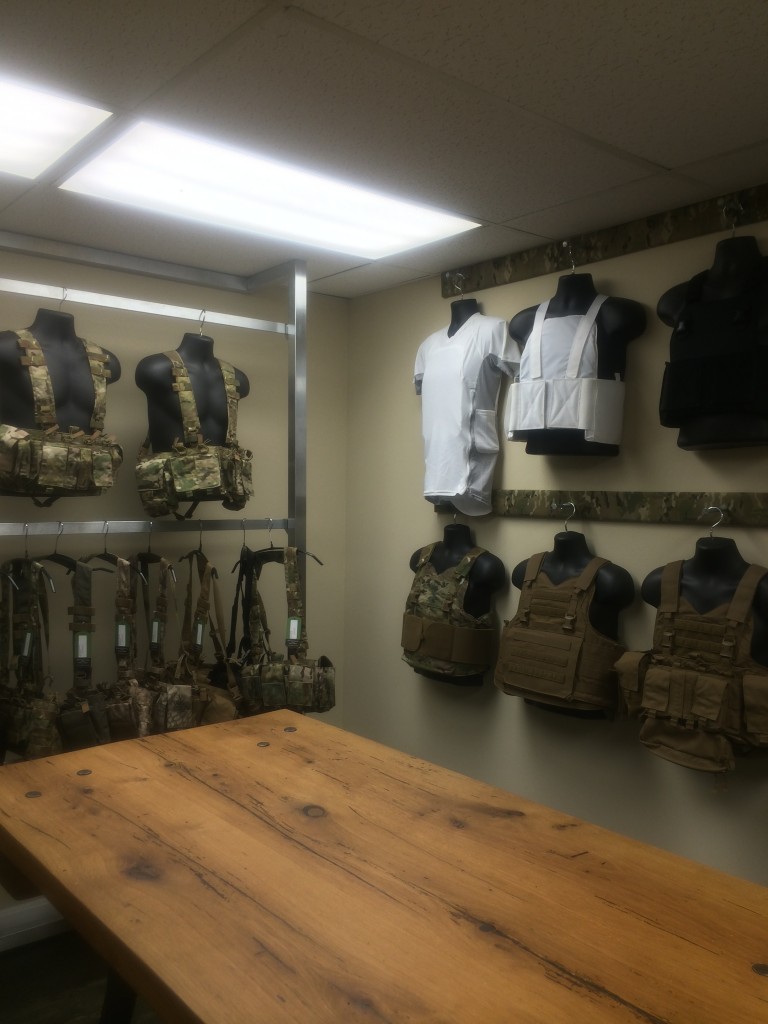 The decision to have both companies combine forces wasn’t a difficult one to make. They’d worked together for years, frequently making products intended for cross compatibility. Since they were already sharing the same workspace, the merger was more administrative than anything else.

They didn’t want to lose the recognition of the Mayflower name, so Mayflower is now a product line within Velocity Systems LLC. Though the official merger went into effect 1 January of this year, little has effectively changed for customers or staff. Streamlining the two companies into one not only made logistical sense, it continues to allow for the expansion of the brand. There are some pretty cool new products coming to market alongside evolutionary improvements being made to current and previous designs. The company continues to expand their line up of gear, armor and apparel, with the same quality and innovation customers have come to trust. Currently both product lines are available on two separate websites, but there are plans to merge that aspect as well. 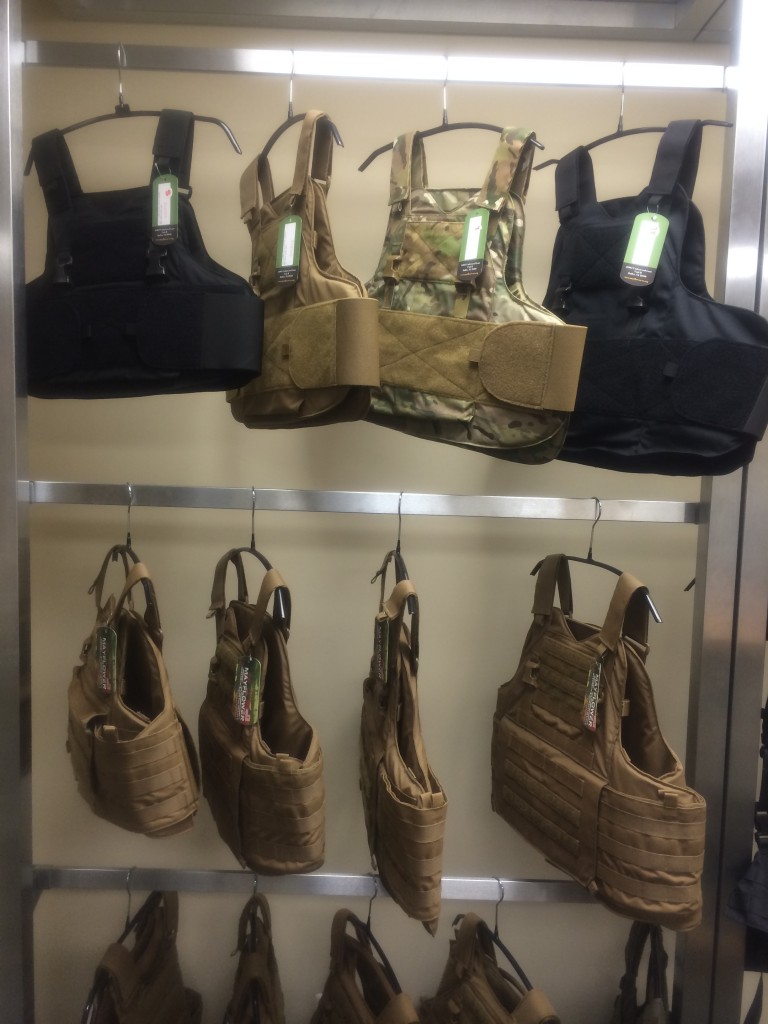 This merger seems to have been a wise choice and a great success. We’re confident it will undoubtedly aid both the company and customer alike. For those readers unfamiliar with either the Velocity Systems or Mayflower names, we encourage you to check out their websites listed below. For military or LE customers looking for a limited run of special purpose equipment, reach out to Velocity Systems, you will find a quick, receptive and nimble partner to collaborate with.