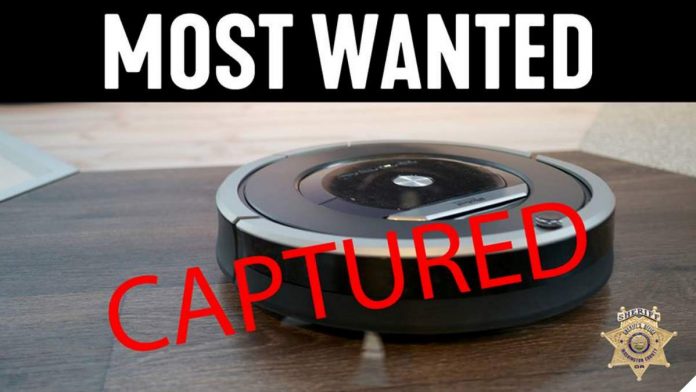 Police in Oregon were quick to respond to a call about a possible intruder thene big enough to shrug it off when it turned out to be a vacuum cleaner.

The Washington County Sheriff’s Office posted a play-by-play of the incident to their social media account this week, describing how the call unfolded.

1:55pm: Deputies surround the house and request a canine to assist them. Deputies can hear noise coming from the bathroom

2:05pm: After several announcements, the suspect does not come out when commanded. With guns drawn, deputies open the door to encounter the suspect… An automated robot vacuum.

2:13pm: Deputy Rogers clears the call with the following note, “As we entered the home we could hear “rustling” in the bathroom. We made several announcements and the “rustling” became more frequent. We breached the bathroom door and encountered a very thorough vacuuming job being done by a Roomba Robotic Vacuum cleaner.”

The post has garnered over 600 comments, ranging from sharing animated gifs of cats on Roombas to blasting Skynet for being incompetent as well as vacuum-themed responses such as “Great job catching the sucker!”