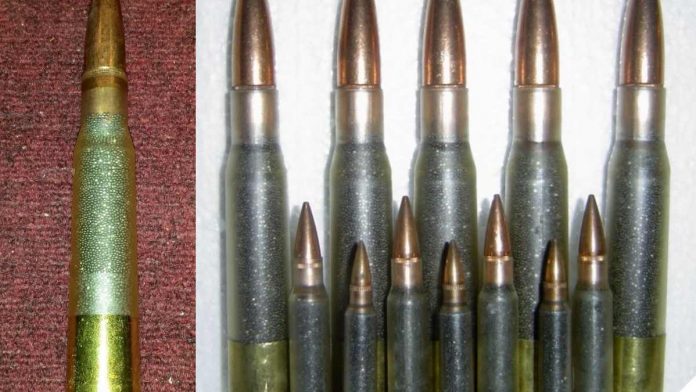 The Marine Corps announced this week they intend to sole source millions of rounds of polymer-cased ammunition from a specialty ammo maker in Mississippi.

The solicitation, posted Monday, is for up to 2.4 million rounds of .50-caliber BMG machine gun ammunition over a three year period from MAC Ammunition in Bay St. Louis. Established in 2007, MAC has been developing lightweight ammo, ranging from 5.56mm to .50 caliber, for the military ever since.

Their .50-caliber round uses an advanced polymer caselet over a metal cap to reduce ammo weight by as much as 30 percent and provide cooler chamber temperatures, ejecting cool-to-the-touch cases. In real terms, this allows 499 rounds of polymer-cased MAC A-50 to weigh the same amount– 100-pounds– as 401 rounds of M33 ball. According to the company, no modifications are necessary in weapons or procedures. when using their polymer-cased cartridges.

The Pentagon has long been interested in trimming the weight from traditional brass-cased ammo. One long-running project, spearheaded by defense giant Textron, is the Lightweight Small Arms Technology program for the Army. LSAT uses 5.56 mm and 7.62 mm cased telescoped rounds as well as 5.56 mm caseless and has been underway in one form or another since 2004.