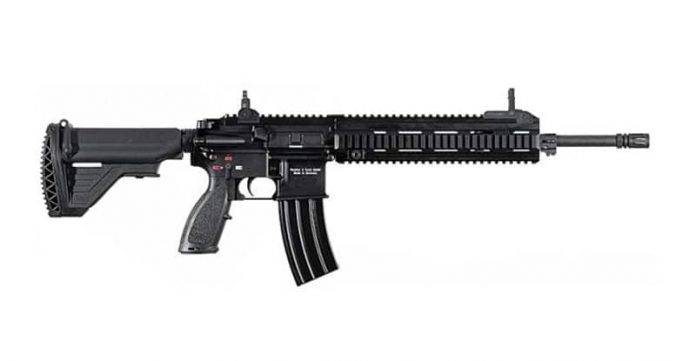 f. Results for all Class I and II failures are listed below across all 3 UUTs from 9 of the 10 IAR Bid Samples.

g. The 10th IAR Bid Sample, Competitor I, was determined unsafe for live fire due to a lack of proof marking. Live fire testing was not conducted.

Kind of a raw break for that unfortunate competitor, Code Letter I.

Note that some of the rejected proposals (C, E, F) had fewer failures than the ones that proceeded. This is presumably due to the distribution of the failures. (If you have only a few failures, but they’re take-the-gun-to-the-bench failures, that’s a whole other thing than a higher quantity of simple failures that are rectified in seconds by operator immediate action (a la SPORTS drill on the M16/M4 series).

This is the Round One definition of failures by class:

The Unit Under Test (UUT) shall have a Mean Rounds Between Failure (MRBF) of 900 for Class I and II failures combined (Threshold), 5,000 MRBF (Objective).

A very similar definition of failures, with a third, more serious, class, was used for Round Two in 2009.

This table is taken from the FOIA release, but we have added a column identifying the firearms, which in this test were coded 09 (presuably for the fiscal year) and a letter, thus 09A, 09B, etc.

Some interesting results here. The FN entrant had the highest rate of relatively minor Class I and II failures, but the lowest rate — zero — of Class III failures. (That’s why it’s “N/A”. You can’t calculate an MRBF with zero failures). And the HK example was distinctly mediocre compared to these competitors, on this one measurement. Conversely, it had far and away the highest barrel life — an important statistic for the always-broke Marines.

Apologies to all for leaving off the document. This was actually two separate FOIA releases, of three and two pages, but I’ve combined them into one document and OCR’d them for your convenience (well, I also OCR’d them so I could pull those quotes above).

The initial page with the ID of the requestor has been deleted as he has requested privacy.