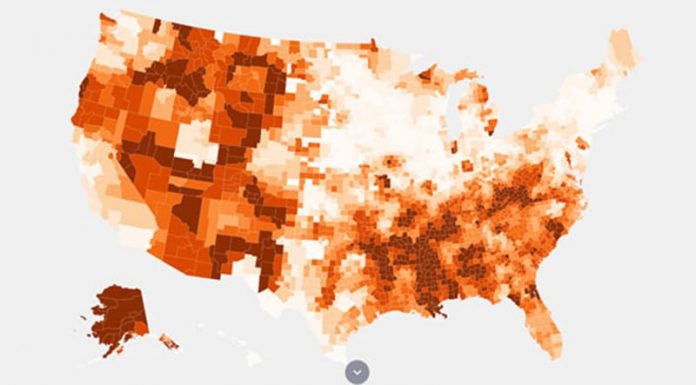 The map clearly shows the definitive split in regions with the highest homicide and suicide rates. Homicide rates appear to be much higher throughout the southern states, while suicide rates are higher in the northwestern states.