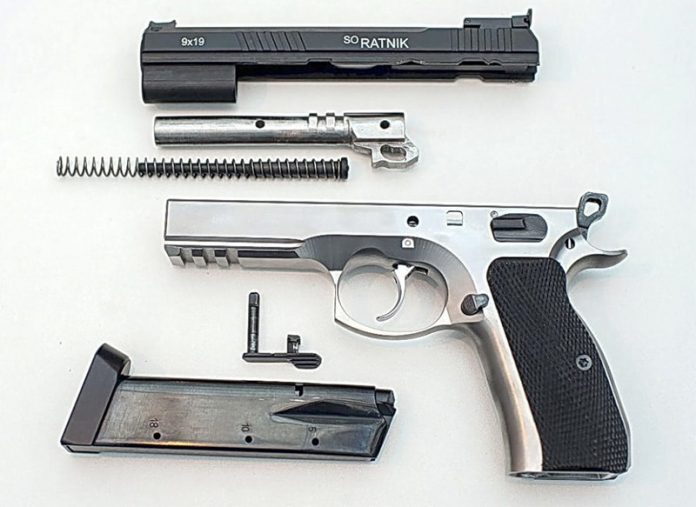 Short answer — beats us with a stick. And we’ve been studying this for a while. Here is a very preliminary, rough and incomplete hack at the problem in mindmap form. As you can see, there are several ways to look at it: are the guns copies, clones, or inspired? The taxonomy is complex. Even breaking it down by nationality is difficult, as company names come and go.

It all begins with the simple CZ-75… 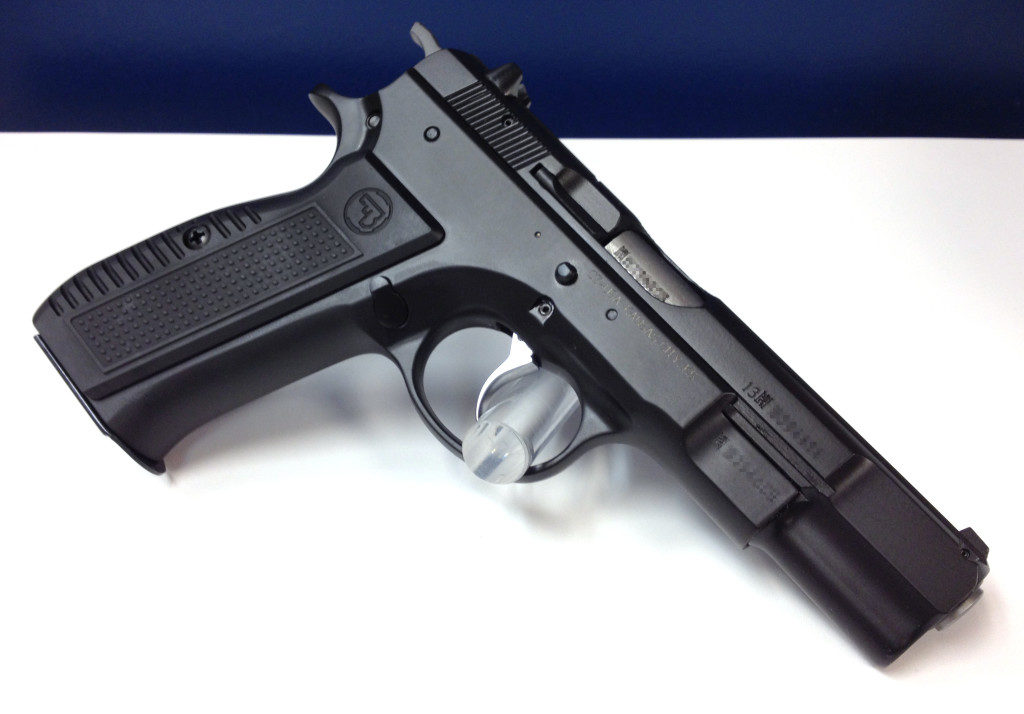 This looks old, but it’s a limited production CZ-75B Retro. A model that’s not on the mindmap yet, but already discontinued in the CZ-UB catalog.

…but CZ-UB alone has produced a bewildering array of versions and variations. Only some of them are listed on this mindmap, along with only some of the known clones. There are two breakdowns here, both grossly incomplete. The first is by the pistol’s legality (although as I understand it, some “licenses” are disputed). The categories are CZ products, Licensed products, unlicensed “Clones,” and unlicensed and different firearms “inspired” by the CZ-75.

Clones existed almost as soon as the CZ became popular, because American trade laws made COMECON (the economic equivalent of the Warsaw Pact) products hard and expensive to import. The Italian Tanfoglio TZ-75 was probably the first common CZ-like pistol most American shooters got to handle; it started as a copy of the CZ with only cosmetic changes (and full interchangeability) but has evolved over the decades into a full line, often offering versions that CZ hadn’t built yet (if they ever built them). Tanfoglio was first with out-of-the-box race guns and with compact carry CZ clones. They went through several US importers; Jim Thompson tells the early clone history in this 1997 Gun Digest article. Tanfoglio also exported parts in white and provided the basis of many a new company’s or nation’s CZ clone line startup. Another way to look at the many CZ clones is by nation of production. (That’s what the blue section of the chart tries to do; it should probably be broken into a separate chart). Even here it gets cloudy, as many of the smaller clone producers are actually using partly completed receivers and other parts from CZ (rarely) or Fratelli Tanfoglio (more often).

A nation can have two competing cloners, one cloning CZs and one the divergent Tanfoglios — Turkey is an example of this. (And yes, it’s not up to date on the chart.)

This came to mind recently with a new CZ clone entering the walled garden of the Russian market. EricB at The FireArm Blog has a good introduction to this CZ clone, which is meant to keep Russians shooting in competition in the face of international sanctions that has starved them of CZs and parts and service. The sanctions-busting pistol, called the SoRatnik, resembles the CZ SP-01 but is wholly made in Russia. The prototype is a nice-looking pistol: 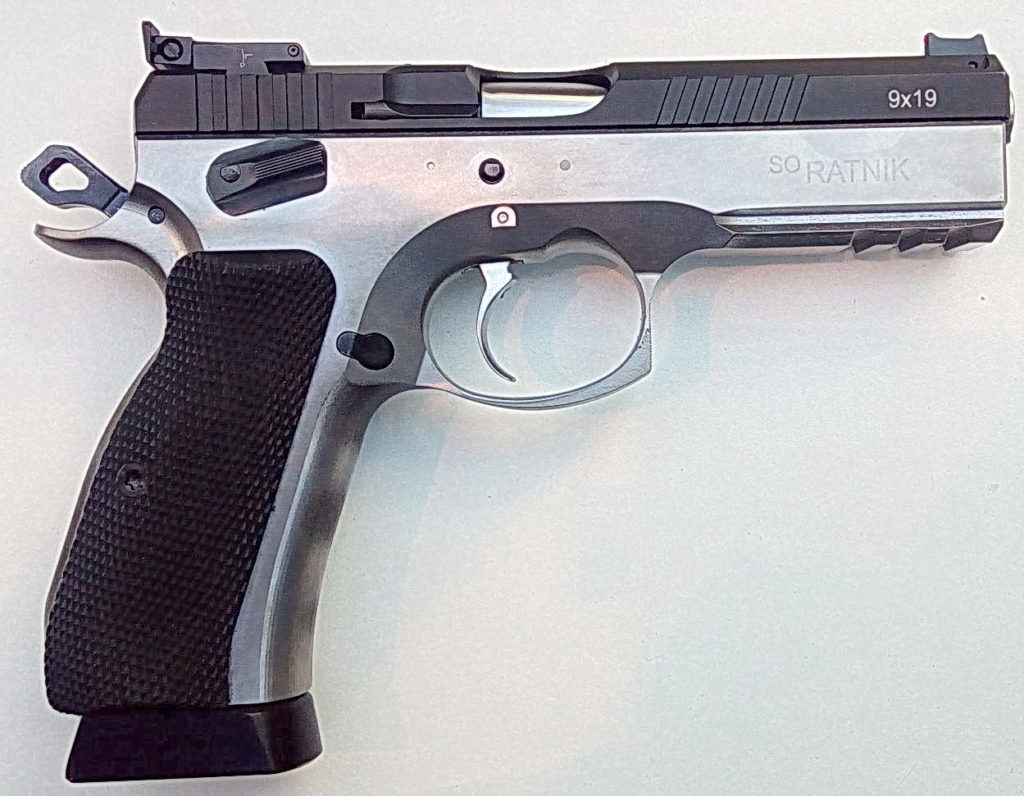 And it’s supposed to be part-by-part compatible with the current CZs. A dissassembled view would seem to confirm that.

North Korea and China also clone the CZ, as well as Israel, Italy, South Africa, Turkey, and others. Even England produced two clones prior to the 1996 UK handgun ban.

We’ll keep adding to the chart, but we have a sinking feeling that new manufacturers will ce coming on line, faster than we can keep track of them!