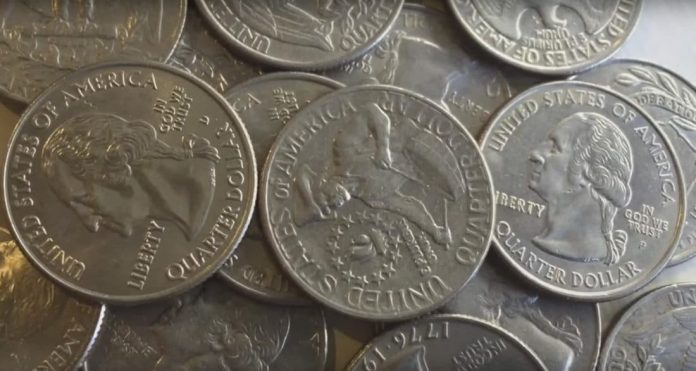 A 22-year-old man was arrested after he apparently sawed through an adjoining wall of an East Allen, Pennsylvania, duplex to his neighbor’s home and stole about $200 in quarters.

Authorities say the burglary victim, Anna Kish, returned home after church and found what appeared to be pieces of sheetrock on the steps and shelves of her basement. Upon further investigation, Kish discovered a hole in her basement wall that was covered with a T-shirt. Kish also found envelopes containing about $200 in quarters were missing.

Susan Buskirk, Kish’s neighbor, let police search hehomer , apparently telling them if “anyone cut a hole in the wall, it would be him,” referring to her son, Sammy, who had been staying with her.

Sure enough, police discovered a hole in Buskirk’s side of the wall that had been covered with a piece of plywood. They also found a jigsaw, which was apparently used by Sammy in the heist.