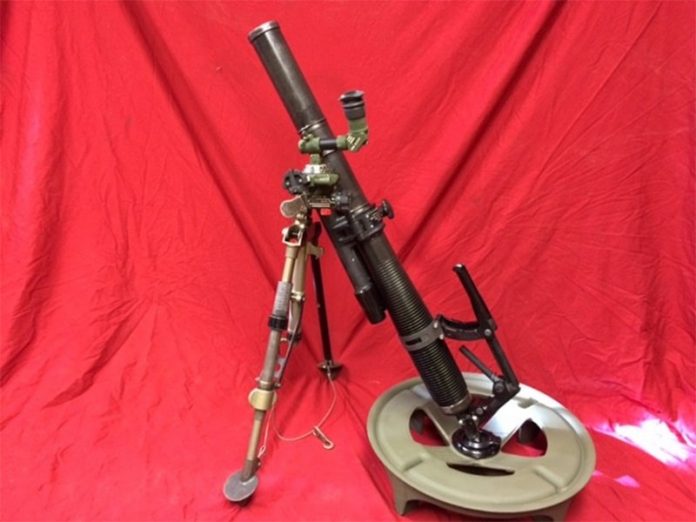 When you see a 60mm mortar for sale, it’s usually the old vintage M2 or M19 that was the United States infantry’s go-to enemy grunt-whomper for decades, from the 1920s through World War II, the Korean War, Vietnam, and various smaller wars. 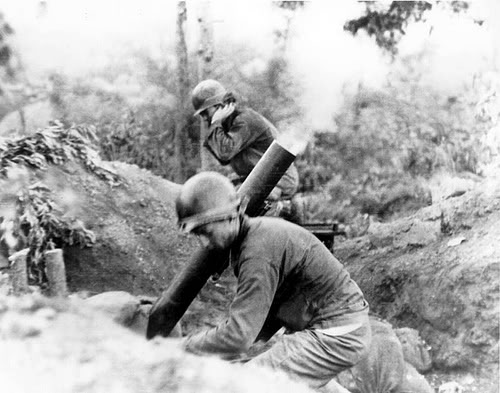 Rare picture! A TF Smith mortar crew in action 11 Jul 50. Half of the mortars in B Co had just been condemned by ordnance inspectors in Japan. They fought with them anyway [Signal Corps Photo #FEC-50-4100]

Mortars rule the battlefield; they are short-range, high-angle artillery in the hands of infantry commanders and their THOONK is one of the most reassuring, or terrifying, things you can hear on the battlefield. They are prodigious casualty-producers in the defense, but can also be (and are) carried on the offense or even on patrol. They can be fired in direct or indirect mode. “Direct” doesn’t mean straight at the target, like a rifle, given a mortar’s high trajectory. It means the gunner can see and aim at the target. In “indirect” fire the gunner is firing from behind terrain, and does not have line of sight on the target — he aims at a stake in the ground and adjusts from that position using corrections fed to him by the fire direction controller, who uses a whiz wheel or calculator that’s built of pure trigonometry. (You can do FDC doing the trig “by hand” but man, does it ever slow things down).Mortars are generally smooth-bored and so their projectiles are generally fin-stabilized. Do not mistake this for “inaccurate”; an experienced mortar crew is capable of first-round direct fire hits anywhere in range.

There is nothing wrong with an M2 or M19. These licensed-built versions of the French Brandt-Stokes mortar differ only in that the early one has a trigger (which is good for aimed direct fire), and the later a fixed firing pin (better suited to fire for effect). They use the same ammo and the same firing tables, are simple as a hammer (although indirect fire with forward observers not in the gun-target line, and fire direction control for mortar batteries, can get complicated), and persisted for decades because they were hard to beat at their job.

But it is rare to see an M224, the widowmaker, life-taker and morale-breaker that replaced the M2/M19, on the civilian market. Here’s one:

When the USA replaced its 1950s vintage 81mm mortar with a new and better one, it seemed logical to apply that same technology to the 1920s-tech light mortar, which produced the M224, a mortar that is as easily patrolled with as the old 60 but which has the firepower, range and terminal effect of the old 81. The fixed-pin-or-trigger debate was solved by providing both and making the feature operator-selectable, so you can squeeze off single rounds in direct fire or to meet an exact  Time On Target, or you can have your well-trained crew deliver a steel rain of shells on your foes. In trigger mode, that hinged bar inside the carrying handle is your trigger… and no, Wolff does not make a spring for reduced trigger pull. Sorry ’bout that. 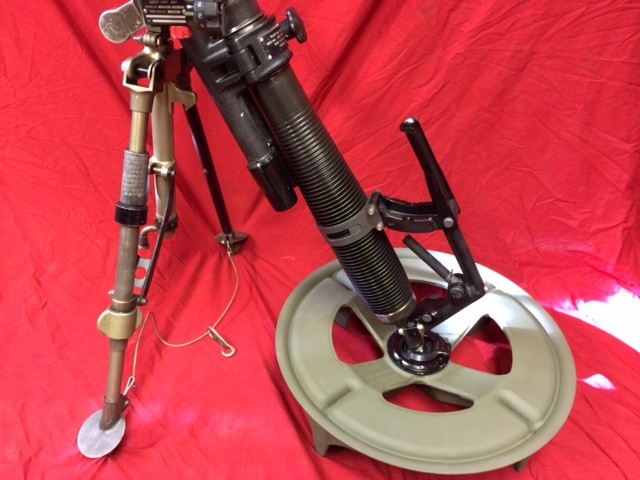 Even the Marines like this mortar, although they have grumbled about the lack of a thermonuclear round, and absence of a bayonet lug. (Maybe they can get HK to copy it and add the lug. Not sure if turning Oberndorf loose on nuclear physics is a good idea).

The 224s very seldom come up for sale in the civilian Destructive Device market. With the price being asked for this, it’s more likely to go to a well-heeled collector than a casual shooter. It’s a nearly complete mortar with the sight, bipod, T&E, and tube, but it doesn’t seem to have the smaller “patrol” baseplate, just the big one that changes it from an instantly-firing one-man carry to a 30-seconds-to-TOT two-man carry. 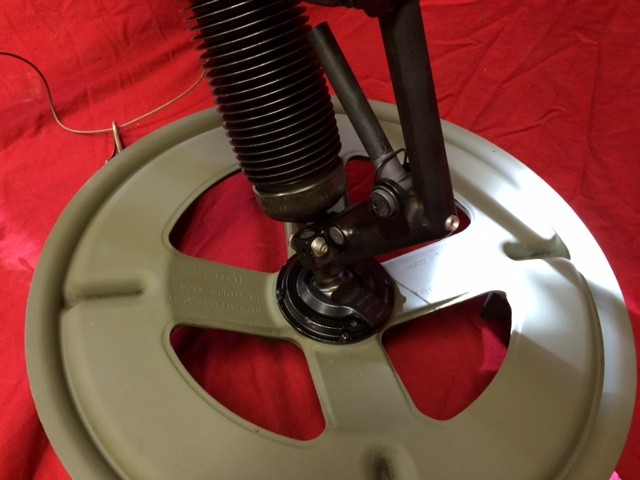 Whether those thirty seconds are a long time or not, depends entirely on whether someone is shooting at you (and who). Incoming aimed fire does weird things to time.

This is a live 60mm M224 mortar and this a registered destructive device and will need to be transferred to an NFA dealer. Very nice overall shape and highly unusual to see this trigger fired mortar available for sale. 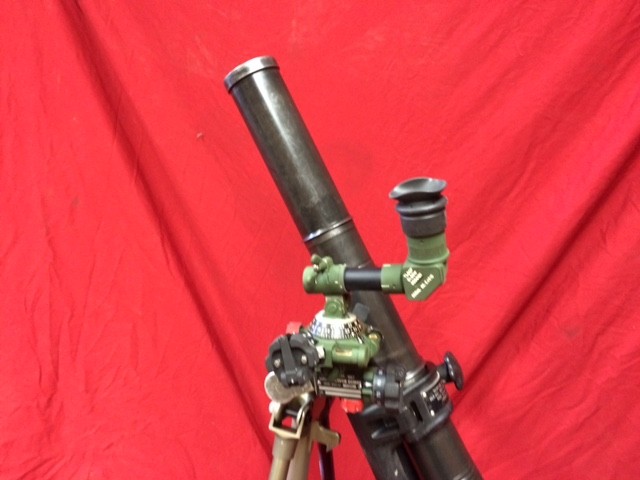 Ammo is also restricted by the National Firearms Act — if it’s explosive rounds. Training/practice and homegrown non-warhead rounds are fine. You can also roll your own, as the current owner says he does.

It functions well and can be shot with practice rounds or I have been using aluminum beer bottles full of plaster with 12 gauge blanks for engines.

And then there’s the other target market — the ones who want to be ready when THEY come.

Because, really, who doesn’t want to be ready when THEY come? THOONK!