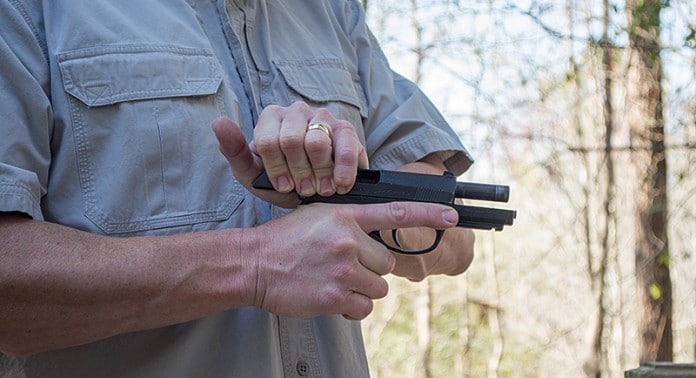 In a new national poll on crime and gun rights, a large majority of Americans say they feel safer when more people are carrying concealed handguns.

“All of this research supports the conclusion that Americans believe they should be allowed to own and carry guns, but with more stringent background checks,” Gallup said. “Americans are inclined to believe that carrying properly permitted guns could make the country safer.”

The poll, conducted in the days following a shooting at an Oregon community college that killed nine, highlights an increasing trend toward more Americans obtaining their concealed carry license. Some have argued the shooting in Oregon could have been stopped — as well as several other recent high-profile shootings — if more citizens had been carrying guns for self protection.

While Oregon generally allows license holders to carry their handguns on school properties, some individual schools ban guns from their classrooms.

The results of Gallup’s annual crime survey comes just days after the polling organization found an increase in the percentage of Americans who want stricter gun laws — even among those who own guns. But at the same time, Gallup found a large majority do not support handgun bans.

“Less than half of Americans believe that one such stricter law — universal background checks — would prevent mass shootings,” Gallup said. “In fact, a majority say that if more Americans carried concealed weapons after passing background checks and training, the nation would be safer.”

The poll results come as the top Democrat contenders for the White House are calling for much stricter gun laws, with former Secretary of State Hillary Rodham Clinton suggesting gun confiscations similar to those in Australia and Great Britain “would be worth considering on a national level” in the United States.

But the Gallup numbers don’t seem to indicate that’s what Americans want.

“The seemingly continuous incidence of mass shootings in the U.S. in recent years underscores the need for a focus on what can be done to prevent such tragic events in the future,” Gallup said. “Previous … research has shown that Americans believe a failure of the mental health system to identify individuals who are a danger to others and easy access to guns are more to blame for mass shootings than other causes tested.”