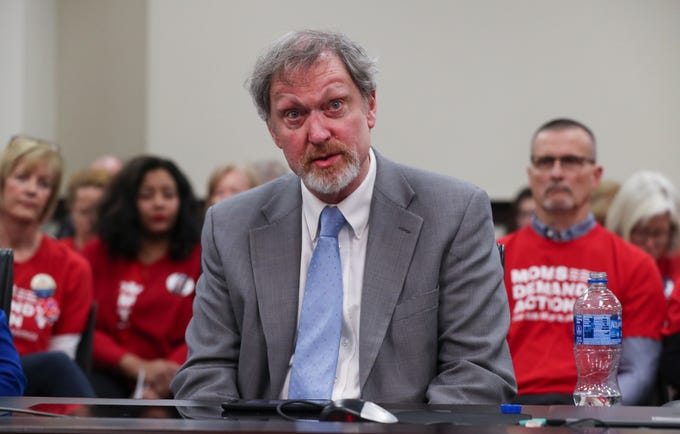 [Ed: Economist John Lott, Jr., Ph.D. does the soundest fundamental research on gun control in the business, far better than the “public health” research DRGO routinely critiques. This is his latest (August 8) biweekly or so report on his work and appearances that he sends to subscribers. It’s well worth a spot in our post rotation, and it’s well worth your subscribing and donating to his non-profit Crime Prevention Research Center.]

This past week we released a new study showing that most countries ban mail-in ballots for citizens living in their countries and that even most of those that do allow mail-in ballots require Photo-IDs to obtain them. You can download a copy of the study here, and I think that you will be impressed by how much work our team lead by Margarita Masiukova-Robl put into collecting this information. The study got a very large news story at Fox News, and I published an op-ed on it at Newsweek.

Other op-eds that I have written include another piece at Newsweek on the New York Attorney Generals’ abusive lawsuit against the NRA, how gun control activists are now also pushing to defund the police, and also how Michael Bloomberg uses his media outlet The Trace to push gun control articles in the rest of the media.

An op-ed that I had at Real Clear Politics summarized five of the three dozen gun control myths that I discuss in my new book with that name. I think that you will find it particularly well written. I have also done 65 interviews in the last two weeks that have primarily focused on the book. On Friday, I was on the Sean Hannity radio show for an hour, which has an audience of 13.5 million people, but I haven’t had a chance to put that interview up yet. I also spent 3 hours on George Noory’s Coast-to-Coast AM,which has 9 million listeners. Out of all the recent interviews that I have done, I thought that the ones that I did on KABC in Los Angelesand WMAL in Washington, DCwent particularly well.

I did several television news appearances on NewsMax TV, the videos for two are linked below.

For information on activities at the Crime Prevention Research Center, here is a link to our “info deck.” Please view in full-screen mode and scroll using the arrow buttons at the bottom of the screen.

But we need help getting this message out. If you have any friends who you think might find our emails of interest, please encourage them to sign up by sending them the link here.

Thank you very much for all your support. These have been difficult times for everyone, and I just want you to know how much your support has been greatly appreciated.

Original Research: Why Do Most Countries Ban Mail-In Ballots?: They Have Seen Massive Vote Fraud Problems

Newsweek: Voting Fraud With Mail-In Ballots Is A Real Concern. Just Look Around The World

At Newsweek: New York Abuses The Legal System To Target The NRA

At National Review: Limiting Gun Rights While Defunding Police Is A Recipe For Disaster

At The Washington Times: How The Liberal Media, With Michael Bloomberg’s Help, Are Biased Against Guns

On The Michigan Talk Network: You Can Defend Your Home Today, But Maybe Not For Long …

On The Michigan Talk Network: How The Liberal Media, With Michael Bloomberg’s Help, Are Biased Against Guns

On Breitbart News Sunday With Joel Pollack: Media Bias Regarding Policing And Guns

On The Giant 50,000 Watt WWL: On The Benefits From People Being Able To Protect Themselves With Guns

On Philadelphia’s 990 AM: “Gun Control Myths”

On NewsMax TV’s American Agenda: Did The St. Louis Couple, The McCloskeys, Behave Properly When They Confronted Mob With Guns?

On NewsMaxTV: How Democrats Are Refusing To Prosecute Rioters But Charging Those Who Try To Defend Themselves

News on the CPRC

The Crime Prevention Research Center In Politico: Whose Policies Are Actual The Racist Ones?

“Peaceful Protests” Result In Many Dozens Of Police Officers Injured