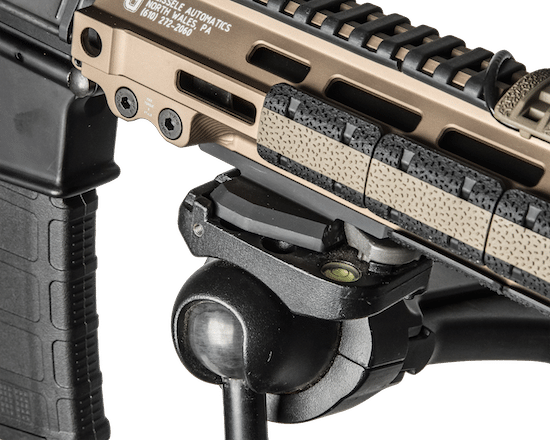 Back in the old days, there were no means of attaching gear to your weapon. Those also happened to be the days when snipers worked in two man teams, and had only bipods to assist their shooting position. Well, those days are gone. We now have a plethora of attachment systems out there, from Picattiny to Keymod to M-LOK.

Magpul released the M-LOK system a little over a year ago, as an improvement over their poplar MOE system. Now, one year later you can find M-LOK compatible systems for a wide variety of carbines, sniper rifles, and even shotguns! With over 100 big name companies making forearms and accessories in this format, M-LOK continues to grow in popularity. Recently Magpul has released its newest accessory with this format of capability, the new M-LOK Tripod Adapter. 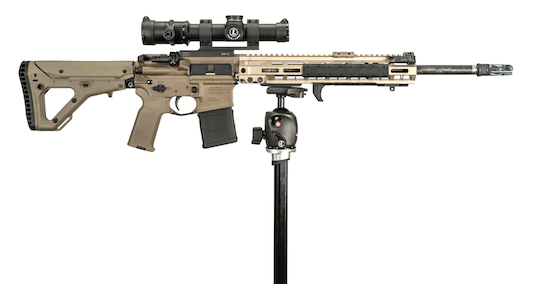 The new product is designed for use on metal M-LOK compatible hand guards or forends, partially because some polymer versions aren’t strong enough to support the weight of a weapon when freely suspended on a tripod. The mount connects directly onto any tripod head equipped with the common Manfrotto RC2/Q2 interface. Manfrotto brand tripods are by far the most widely used tripod in the military due to their strength, weight and adjustability. This adapter allows the user to mount their rifle directly to a tripod head without the use of any additional saddles, giving them a secure shooting platform. The machined aluminum adapter also allows the shooter to quickly detach the weapon from the tripod, a feature many shooters will demand. When the tripod adapter is unneeded, two mounting screw can release it from the M-LOK forearm, to allow it to be quickly moved to another weapon or stowed. 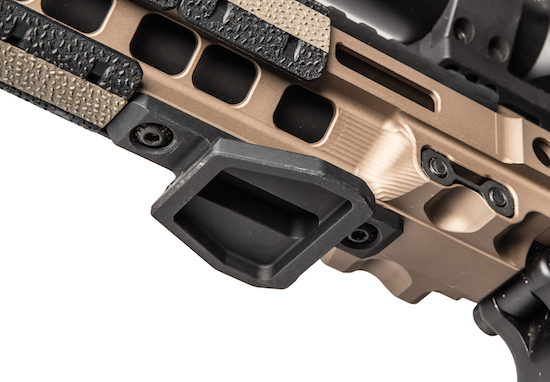 The M-LOK Tripod Adapter sports beveled ends and corners, producing a minimal footprint allowing the user to keep the adapter attached to their weapon system at all times. So low profile, strong and light? Sounds like a pretty good deal, all while minimizing potential snagging hazards. 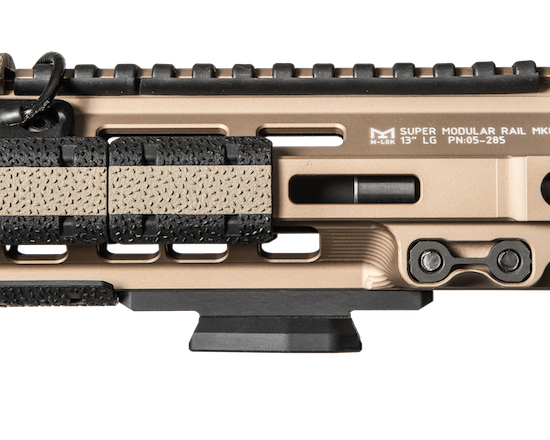 Like all Magpul products, the new adapter is made in our glorious United states, and at a price that beats out most other adapters on the market. If you are a long range hunter, precision rifle guru, military or LE Sniper, give the new adapter a look here at their website. 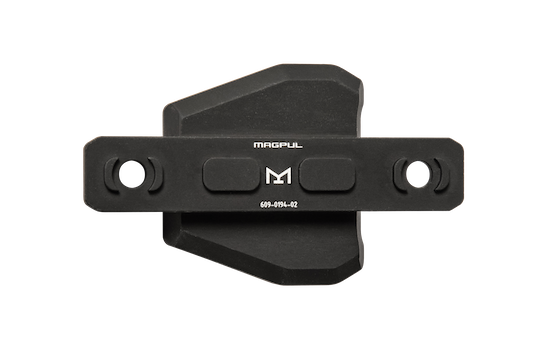