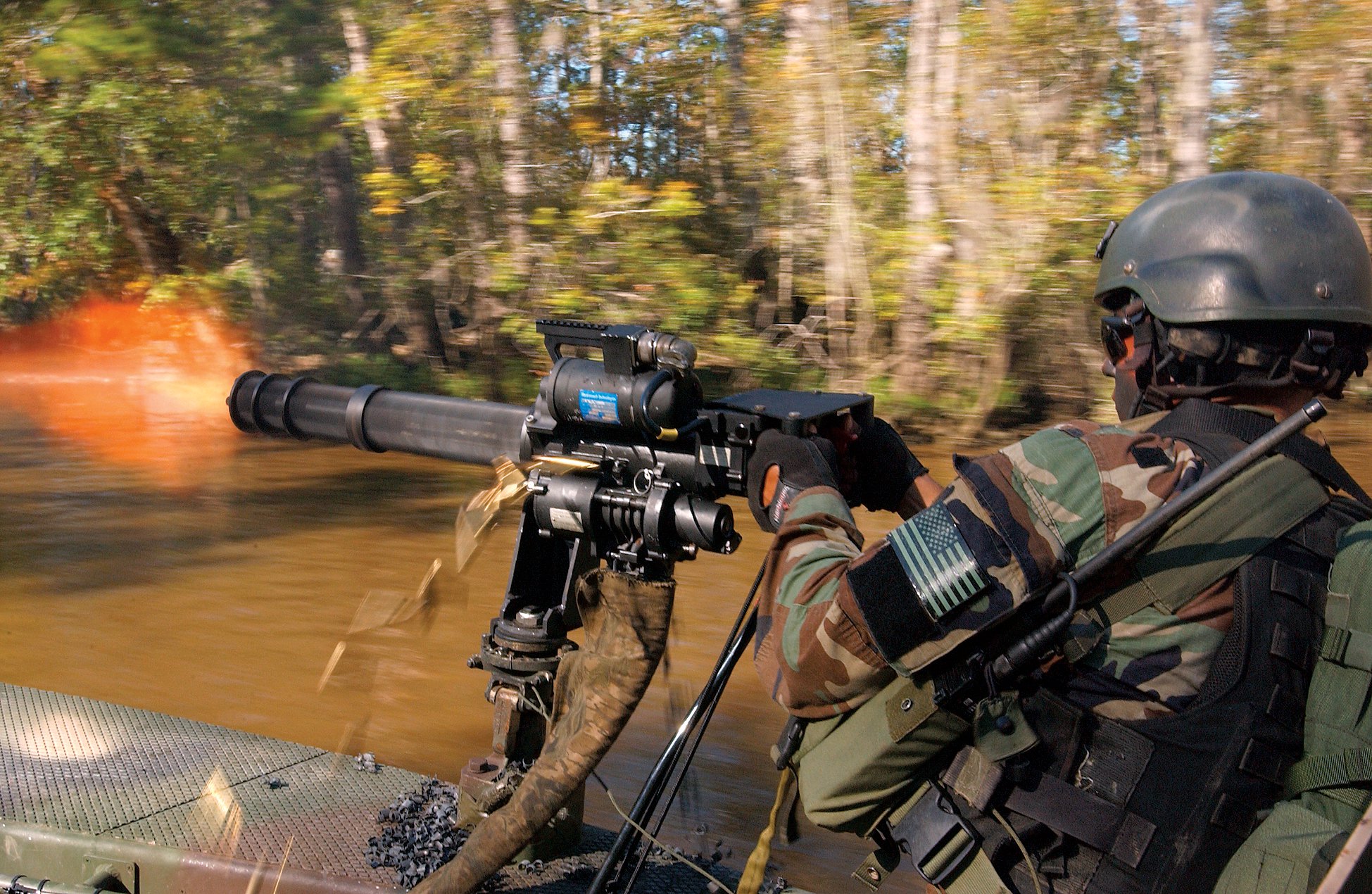 The General Electric M134 “Minigun” is essentially an electrically-powered Gatling gun – the conceptual operation of the gun is identical to Dr. Gatling’s original creation. What has changed, however, is the chambering (it’s in 7.62 NATO), the power source (an electric motor), and the feed mechanism (belt-feed using M60 links instead of the Gatling’s Accles, Broadwell, or Bruce feeds).

The M-134 is a scaled down version of a 20mm rotary powered cannon devised for aircraft armament after WW2, hence the “mini” name. It was used primarily as helicopter armament, although it has found its way only ground vehicles as well.

Firing between 3000 and 6000 rounds per minute, the Minigun is ideal for aerial engagements where the gunner only has a brief moment on target and needs to fire as much as possible during that moment. It is a truly awe-inspiring weapon, and quite an experience to fire!

In addition to destroying a truck with it, we will look at disassembly and functioning of the minigun – the delinking mechanism is really the most complex part of the weapon, and a very interesting device.

Modern Arms of Tempe, AZ provided the Minigun for this video!  They offer the gun for rental, if you are interested in trying it out yourself.

Photo courtesy of US Navy