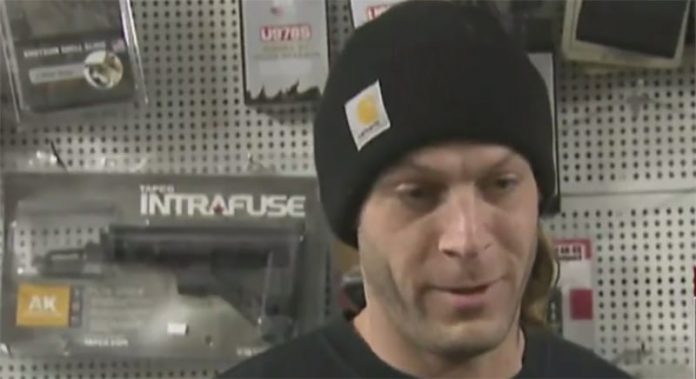 Sound bite of the day? Relates to this story: https://t.co/rINQtoLCYQ pic.twitter.com/drKNxguF5u

Among those standing in long lines to buy guns soon deemed by pending California law to be “assault rifles” was a peaceful man who believed in getting an AK while he still could.

As referenced in the above clip from Fox News’ Jenna Lee, Justin Kerson was candid when it came to his belief structure and ethos on violence.

“I am here because I believe in a system of love and karma,” says Kerson, long hair falling out of his toboggan, “but to counterbalance that if it fails, I am buying an AK-47 today.”

As a part of sweeping anti-gun legislation signed into law by Gov. Jerry Brown earlier this year and later passed by a successful ballot proposition in November, a number of firearms will be banned for sale in their current form in 2017.

Sales in California had to be processed by Dec.21 to allow for the 10-day mandatory waiting period to enable pick up by the end of the year.