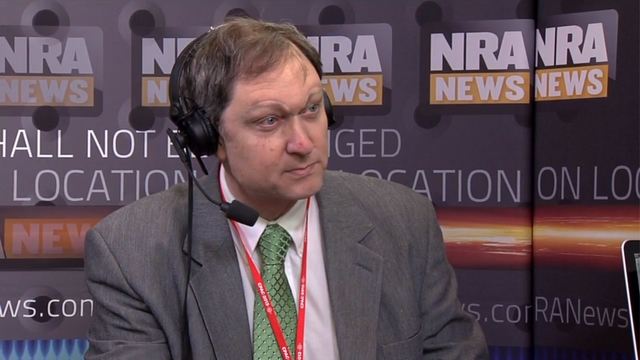 The United States’s prevalence of mass shootings don’t outweigh those recorded around the world, according to new research from Dr. John Lott.

The economist — an outcast within his field over his studies supporting more relaxed gun laws — said a recent academic paper blaming American gun culture for its high rate of mass shootings “is one of the biggest hoaxes of this century.”

“The claim that the US is unique in terms of mass public shootings motivates much of the gun control debate these days,” he said. “It is a hoax.”

The paper in question — a 2016 study by University of Alabama Criminology Professor Adam Lankford — found from 1966 through 2012, Americans perpetrated 31 percent of all mass shootings, despite only accounting for less than 5 percent of the world’s population.

He correlated this fact to high rates of gun ownership in America. It’s a connection he believes is supported by data from Yemen, the country with the second highest rates of both mass shootings and gun ownership.

“I can’t find any other academic research this century that has gotten as much worldwide attention this century as Lankford’s work,” Lott told Guns.com in an email earlier last month. “It put the US in a negative light and was just what much of the world wanted to publicize”

His research compiled a list of 292 mass shooters in the 46-year period studied. For his purposes, he only included cases where mass shooters struck four or more victims who weren’t specifically targeted. Those committing sponsored acts of genocide or terrorism were not included, according to the paper. He admits the limitations of the FBI and NYPD data means some incidents, particularly those in the earlier decades, may have been missed.

His conclusion, however, focuses on gun ownership as the root of America’s mass shootings, noting “the United States and other nations with high firearm ownership rates may be particularly susceptible to future public mass shootings, even if they are relatively peaceful or mentally healthy according to other national indicators.”

The problem is, Lott said, Lankford refuses to release raw data — making it impossible for other researchers to replicate his findings. He isn’t the only one complaining about Lankford’s methods either.

Carl Cannon, Washington Bureau Chief for Real Clear Politics, said last month Lankford dodged questions about his research, including why he studied “shooters” instead of “shootings” and what sources he used to supplement the NYPD data.

Glenn Kessler, editor and chief writer for the Washington Post’s Fact Checker, said Lankford denied requests for his research and refused to discuss his findings in comparison to Lott’s analysis — which calculated 1,448 attacks and nearly 3,100 shooters outside the United States in just the last 15 years of the decades Lankford studied.

“Lankford has chosen to keep his data set private, which makes it difficult to understand how the two researchers come to such different conclusions,” Kessler said.

Guns.com reached out to Lankford Wednesday for comment, but never received a response. He likewise declined interview requests with Fox News, Circa News and AmmoLand, saying he is “not interested in giving any serious thought to John Lott or his claims.”

Lott hopes continued media coverage will coax Lankford deeper into the debate. “My hope is that some pressure can be put on Lankford to make him address or acknowledge the serious problems in his paper,” he said.