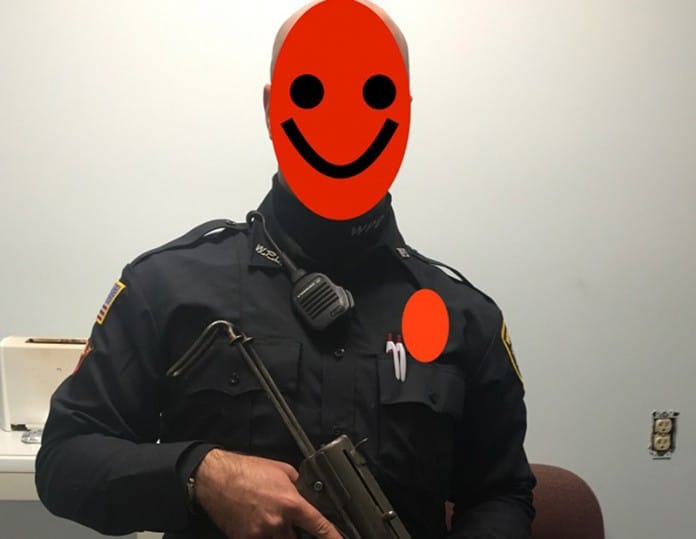 While laying new insulation in their attic, a Massachusetts homeowner became all at once the luckiest and unluckiest new gun owner at the same time.

As posted on Reddit, the above M3 Grease Gun was found while doing some home improvements. The functional .45ACP submachine gun, which were standard issue in the tail end of World War II and kept in service with tank units into the 90s, was brought down to the local PD for their opinion.

While transferable Class III Grease Guns run about the cost of a new Hyundai Elantra , sadly this particular specimen was never registered with under the National Firearms Act, making it a very hot potato. Like imprisonment for up to 10 years, and a fine of up to $250,000 type of hot potato.

The .45ACP squirt gun in now in the hands of officer friendly, and the unnamed agency is seeking to donate it to an approved museum.

And for real, how come every local government building is missing outlet wallplates?