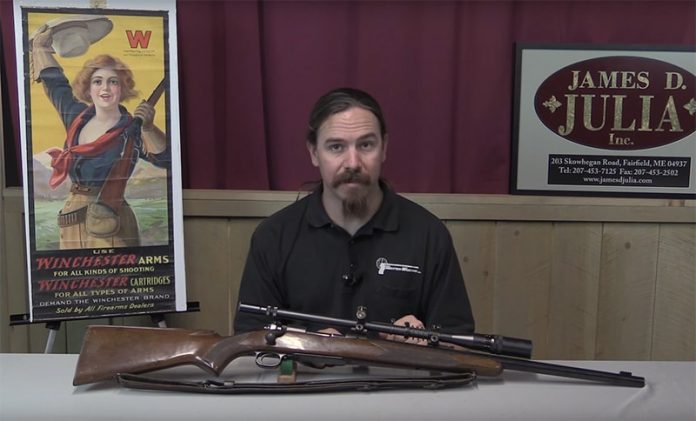 While Marine snipers after WWII were stuck with Korean War-vintage M1C Garands with offset mounted 2x optic, competitive rifle teams in the Corps eschewed the M1C for special order target model rifles such as the Winchester Model 70, for use in National Match events.

The example Ian with Forgotten Weapons above has a serial number that places it in the 1956 era and was owned by a retired Marine colonel who was Captain of the Marine Corp rifle team at Camp Pendleton around that time.  As Ian explains, the Model 70 was an important bridge from WWII era Springfield and Garands to the modified Remington 700s that became the Marine Corps’ M-40 sniper rifle.

One Marine who came from just such a rifle team environment and went to Vietnam, where he used a similar Model 70 for a time was Gunnery Sgt. Carlos N. Hathcock II, who won the Wimbledon Cup trophy at the 1965 National Matches at Camp Perry, Ohio with a M70.