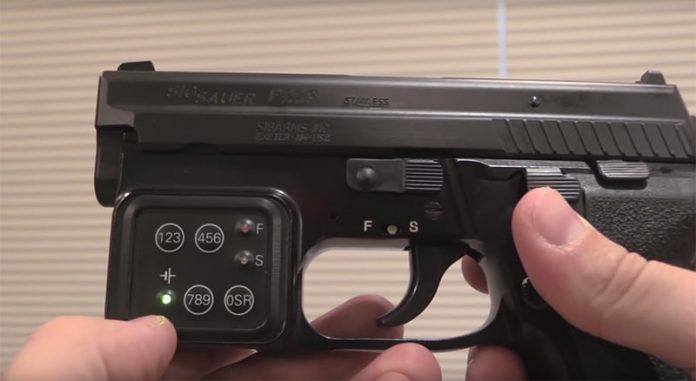 The Sig P229 EPLS (Electronic Personal Lock System), debuted in 2000, rose about as far as a lead balloon and Ian from Forgotten Weapons outlines why.

In the above vid, produced for Breach Bang Clear (Ian gets around more than a pack of smokes at the state pen), he details the insanely goofy design that went into making the totally impractical concept gun that was the EPLS.

The pistol used a completely redesigned frame to accommodate a digital keypad (powered by a battery) that locked the gun and kept it so until the proper PIN was added. Well, the instructions were in German (the estimated 15-20 guns produced were made by J.P.Sauer), the gun would lock out if the wrong PIN was entered three times in a row, and even taking the battery out of a locked gun wouldn’t allow it to be used.

And you wonder why the thing never made it to full production.