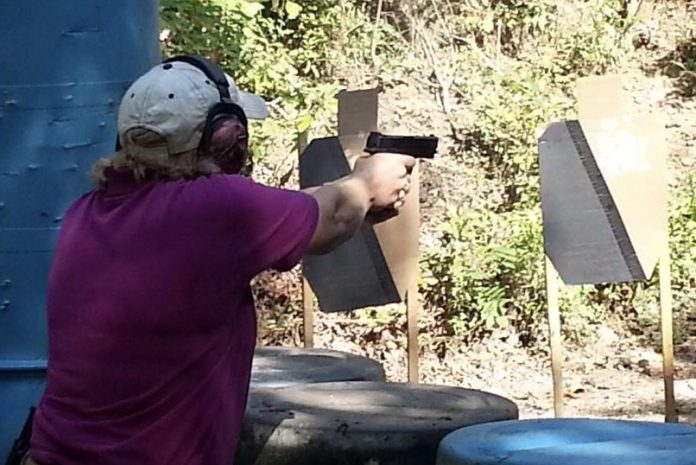 Several years ago I had a non-shooting friend of mine express dismay that the competition targets I was shooting at in a photograph were human-shaped. Not even just human-shaped, she called them “people”. “So you shoot PEOPLE?”, was her shocked exclamation. Even cardboard cutouts are people too apparently.

This friend, like virtually every other anti-gun person, misunderstood the basic premise of the Second Amendment. It’s not about hunting, and never was. I tried to explain to my friend that if I were ever in the horrible position of having to use my gun to save my own life, it was unlikely to be because of lions and tigers and bears (oh my), but because I was being attacked by a bipedal animal of the genus Homo sapiens.

It wasn’t ravaging hordes of lions who murdered millions in Stalin’s Russia. It wasn’t tigers sent by Pol Pot who slaughtered more millions in Southeast Asia. And it won’t likely be a grizzly bear who kicks down my door in the middle of the night or who tries to grab me in a dark parking lot.

Nope. Those who do that sort of thing are animals with ostensibly human DNA. Thus, although I have absolutely nothing against cardboard personally, I train to shoot at human-shaped cardboard targets. That’s also why I refuse to give in to the “how many bullets do you ‘need’?” crowd. My answer is “As many as it takes”.

Even a perfect shot with a deer rarely results in less than a 50-yard search before finding the body. And a deer isn’t usually coming after you with murder on its mind. A criminal or terrorist who is hopped up on adrenaline? Yeah, I’ll keep my 30 round magazines, thanks just the same.

Anyone who has watched any law enforcement body cam videos should understand that there is no such thing as a one shot stop – not for rampaging bears, and not for criminal humans either. So I’ll have as many rounds as it takes, and put them in my human-shaped targets thank-you-very-much.

Then there’s zombies. Those are about the only human-shaped targets that are allowed in the public’s imagination anymore. Zombies used to be human, but aren’t anymore. They’re dead (okay, UNdead). They’re rotting and they stink, so it’s okay to hate them. (To de-humanize the formerly human as it were) In an era where newspapers soft-pedal a dead terrorist rather than praise the work of a team who forced the death of a guy who “needed killin’ “, zombies are the only acceptable “enemy” target left anymore.

Nowadays (with the forementioned exceptions) you can’t have bad guys at all without being accused of being racist, or classist, or sexist, or culturally insensitive, or offending someone in some way. Even terrorists who raped and beheaded people are inexplicably sympathetic figures now to certain newspapers and Hollywood types. It boggles the mind.

Despite what the soft-headed and soft-hearted feel in their feelingingest of feelings, our greatest enemy is still other humans. Period. So I’ll keep my vaguely humanoid cardboard cut-outs, thanks. My targets don’t wear clothes, they don’t have a gender, and don’t have any religious or political affiliations either. But sooner or later they will probably offend papersexual androgynous nudists or something, so be prepared.