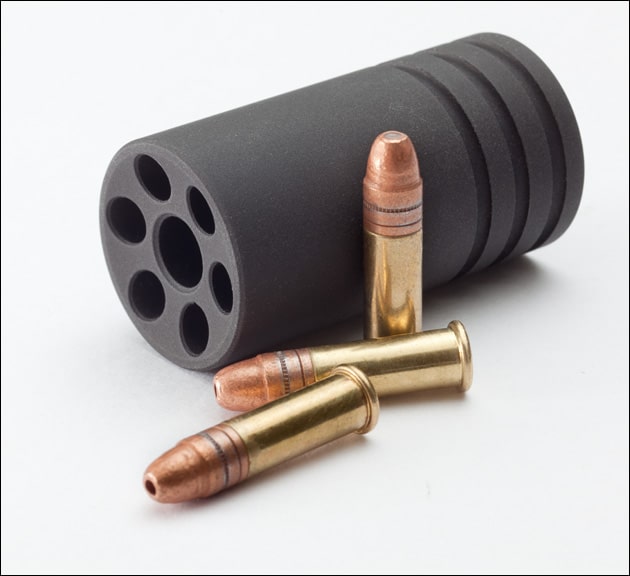 I first read about Levang linear compensators back around 2000. It was a legal muzzle device under AWB rules, and I considered adding it to an STG58. In the end, the STG ended up with a bare muzzle, and I gave it no more thought until the last year when I borrowed a Levang-equipped AR15 at a range in Texas.

Even in the open, with no overhead cover, the rifle was far more comfortable to shoot than usual. The muzzle blast was mostly directed forward, greatly decreasing the concussion levels for the shooter.

Tactical Innovations makes a smaller, lighter version for rimfire rifles. The noise reduction was quite welcome, not quite reducing the noise level to hearing safe but starting to approach it. Obviously, linear compensators don’t reduce the noise overall, only channel it away from the shooter and spotter in a more narrow cone than a bare muzzle or a flash hider would project. They don’t reduce recoil and don’t appreciably change the amount of muzzle flash.

Kaw Vallery Precision makes .22 and .30 caliber linear compensators with nicely recessed apertures. Machined with installation flats, they are easier to secure on the gun than the other designs. Although they will work on any length barrel, they shine most on pistols and short barreled rifles, making the muzzle blast rather less objectionable to the shooter and those to his…err, her side.

Linear compansators do one thing and they do it very well. At $27 to $49, they are affordable and, in my opinion, quite useful. As a bonus, linear compensators are still legal in California.