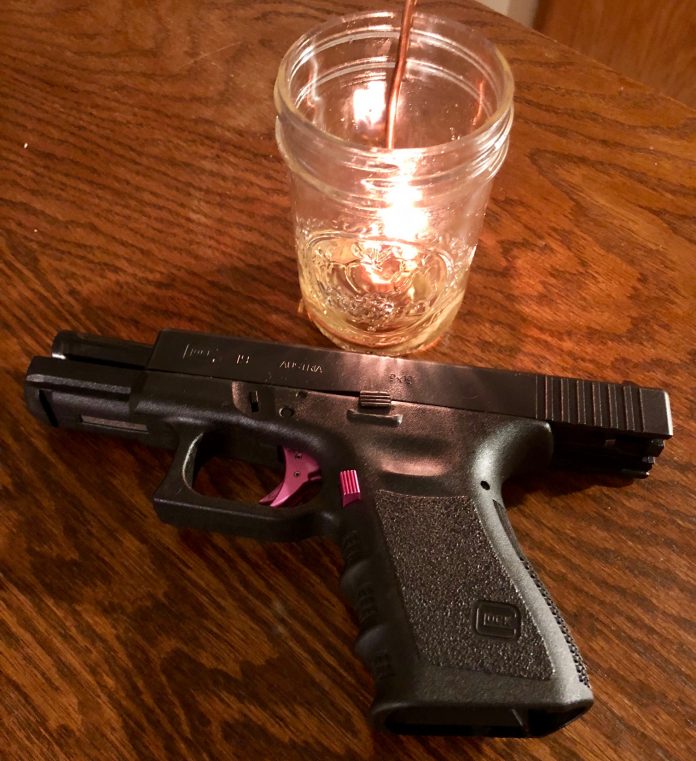 In tumultuous times – like the ones we as gun owners go through every time there is a mass shooting or terrorist event – it is tempting to throw up one’s hands and give up even trying to fight against the tide of ignorance.

At first we battle and argue. But as time wears on and events pile one on top of another, cynicism sets in. We brood. We stop even trying to argue, reasoning that no one is even listening. We grow tired of repeating ourselves over and over (and over … and over). Sometimes we even turn off news and social media altogether.

I too am guilty of this angry defensive response. It’s difficult to absorb attack after attack upon one’s way of life and very character WITHOUT becoming defensive. I get it. Been there. The T-shirt is in the wash. It seems like an uphill battle. But I’m asking you to try not to give in to the cynicism. Don’t give up. There ARE minds which have been changed. It CAN be done.

Just last week a friend told me of a co-worker who changed her mind about ARs because of the calmly presented logical information my friend provided. I’m so proud of her for that. My friend did not berate her co-worker and she didn’t shut her out. Instead she ENGAGED her. Her response was much better than mine would have been.

As I thought about my friend’s achievement, I was reminded of an old proverb which went something like,

“It is better to light a single candle than to sit and curse the darkness.”

My friend lit a candle.

I admit that I’m as good at sarcasm and snark as the next person. Sometimes I can wield it quite skillfully. It’s a talent that I don’t get to use much at the office though. Pediatricians are supposed to be nice people who gently guide parents, not snark at them, right? Thus, I save the sarcasm for under my breath back at my own desk. I think online and outside the office though, I need to learn to use the snark more carefully. Sarcasm is a good outlet for my own frustration, but nobody learns anything from it (except that they should avoid me when expressing their opinions). Maybe I need to try harder to teach instead of screech.

I find that talking to anti-gunners can be a bit like talking to anti-vax parents in my office. Some simply cannot be reasoned with. They’ve “done their [Google] research”, and concluded that I am “in the pocket of the vaccine industry.” (I don’t know why they trust me with well visits and sick care if they don’t trust my judgement about vaccines, but that is a topic for another day) These people will not listen to a word of genuine research or reason. Their minds are already made up. With these people I struggle to maintain my composure.

But there are other people who are simply worried about what they perceive “the risks” to be and who can sometimes be persuaded with factual information and the right attitude.

I think the anti-gunners work the same way. Some are just not even worth wasting one’s breath. But there are others who only know what they hear on the news (which is frequently incorrect and slanted). These folks are otherwise reasonable people who have been persuaded by bad information – by fear, ignorance, and lies. Those are the kinds of people who we can work with and maybe even have a conversation.

That’s not to say that we shouldn’t continue to insist on proper terminology and correct it where it is wrong. There are some out there who maintain that being pedantic isn’t helpful to a conversation. But the reality is that terminology becomes EVERYTHING when it comes to lawmaking, so that’s where the education part comes in, and why it is so important.

Strive to educate, not berate. If we each did that, there would be literally millions more enlightened people on our side. Every single new person we win to the side of logic and reason is another person who can in turn influence their own circle.

So I invite you to pick someone – a friend, a co-worker, your cousin, your mother-in-law, or even a stranger on the internet – and try to engage them. Ask them why they feel as they do. Offer to explain what they don’t understand. Offer to take them to the range. See if you can light just one candle. Our firearms future may depend upon it.