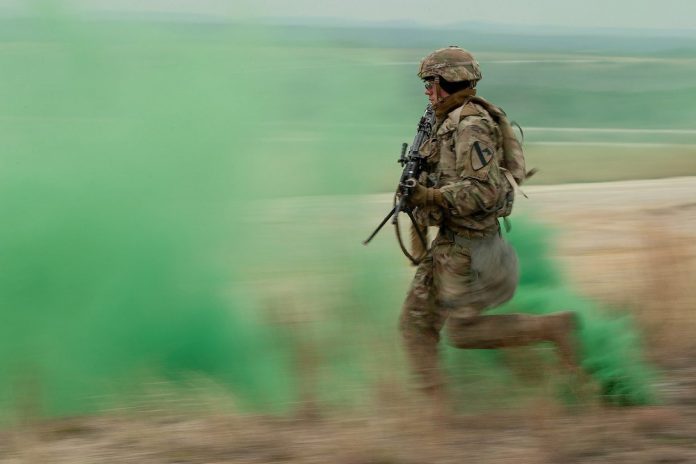 An Army infantryman moves toward a mock enemy trench during a live-fire exercise at Fort Hood, Texas, February 9, 2019. (Department of Defense)

The Army is edging closer to fielding its updated body protection system. The Soldier Protection System (SPS) has been in the works for years, and it promises to better protect soldiers. The best way to describe the SPS is to compare it to a medieval knight’s armor. Its different subsystems (it has four) cover and protect the pelvic region, torso, upper extremities, neck, head, and eyes. The SPS is broken down in four components: Torso and Extremity Protection (TEP), Vital Torso Protection (VTP), Integrated Head Protection System (IHPS), and Transition Combat Eye Protection (TCEP). Each subcomponent has a different acquisition process.

All of them have met the Army’s ballistic requirements. Although the Army has already made a “Full-Rate Production” decision for the TEP and IHPS (respectively in September 2016 and October 2018), it still has to commit to a company and product for the VTP and TCEP. With respect to the VTP, which is essentially the body armor, the Army is seeking lighter options than the ones currently on the table. The plan is to test an improved version in the upcoming months before testing the whole SPS against additional threats in the fall.

What sets it apart from existing personal protection equipment is its ability to provide equal or increased levels of defense against small caliber weapons and fragmentation threats at reduced weights. For example, the IHPS weighs almost three pounds less than the previous version but offers 15% more protection.

In its annual report, which was just released, the director of operational test and evaluation describes and updates ongoing acquisition projects across the military.

The report recommends the Army do three things in order to improve the system:

Once all four components have been selected and the SPS is cleared, the Army plans to issue the new body protection to deploying units through the Rapid Fielding Initiative (RFI), as opposed to issuing the SPS to individual soldiers. Some subcomponents have already found their way to the front lines. For instance, the 2nd Security Force Assistance Brigade (SFAB), which was activated in November and is about to deploy to Afghanistan, has already received the improved helmets.

When it comes to combat loads, efficiency and agility are everything. 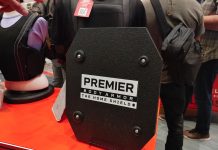