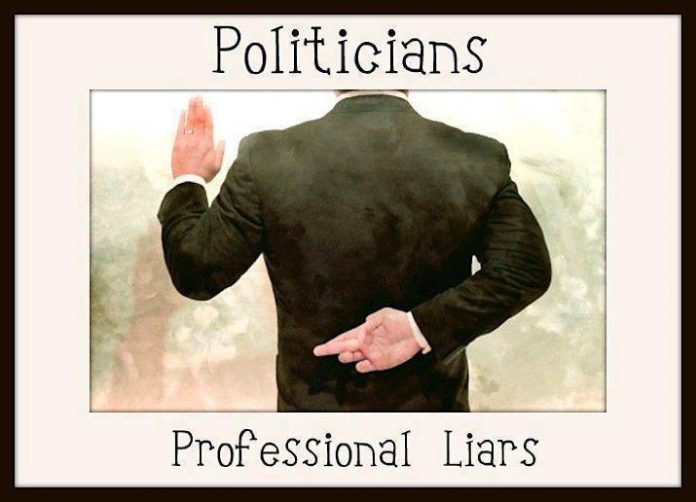 This is particularly true when the political topic is guns.We have even seen commentators on the left questioning their own side’s stance on gun control.

Jeffrey Goldberg’s 2012 Atlantic article: “But these gun-control efforts, while noble, would only have a modest impact on the rate of gun violence in America. Why? Because it’s too late.”

Justin Cronin’s New York Times 2013 article: “. . . I am my family’s last line of defense. I have chosen to meet this responsibility, in part, by being armed. It wasn’t a choice I made lightly.”

Jamelle Bouie’s Slate 2015 article: “. . . assault weapons—there’s no official definition for the term, which makes identifying them for prohibition difficult, if not impossible . . . But out of 73 mass killers from 1982 to 2015, just 25 used rifles of any kind, including military-style weapons. Most used revolvers, shotguns, and semi-automatic handguns. Which gets to a related point: We might feel safer if we ban “assault weapons,” but we won’t be safer. Of the 43,000 Americans killed with guns since 2010, just a fraction—3.5 percent—were killed with rifles.”

Leah Libresco’s Washington Post 2017 article: “By the time we published our project, I didn’t believe in many of the interventions I’d heard politicians tout. I was still anti-gun, . . . But I can’t endorse policies whose only selling point is that gun owners hate them.”

Alex Kingsbury’s New York Times 2019 article:  “. . . [C]alling for military-style rifles bans—as I have done for years—maybe making other lifesaving gun laws harder to pass.  America’s gun problem is far larger than military-style weapons, the mass killer’s rifle of choice. There are hundreds of millions of handguns in the country . . . The guns . . . are here to stay.”

After each mass shooting the demand for more gun control rises in proportion to the death toll.  Few Democrat politicians forego the opportunity to denounce guns in civilian hands.  Even a few Republicans now vie for their place in the line before the microphones.  But all this clamor for gun control is another BIG LIE.

Even if that progressive wet dream—repeal of the Second Amendment—happened, gun owners would defy the ban, burying their Cosmoline coated guns in PVC pipe.  Merciless enforcement might scare some, but there would remain hundreds of millions of firearms in patriot hands.

The most remarkable aspect of gun control advocacy is that proponents cannot explain how their “common sense”, “reasonable” measures will reduce gunshot mortality and morbidity.

Background checks are a perfect example of the unwillingness to acknowledge the ineffectiveness of a gun-control measure.  For more than 20 years we have had in place an extensive regime, the National Instant Background Check System, required of all retail dealers.  And almost all mass killers have passed this background check.  A few stole their guns or bought them illegally, sometimes violating state laws mandating background checks on private sales.  Occasionally, the NICS failed due to weaknesses in implementation.  Also, straw buyers routinely buy guns on behalf of prohibited persons—yet these violations are rarely investigated or prosecuted.

Background checks can’t stop anyone with a modicum of craftsmanship from building his own gun.  Nor can they influence robbers, traffickers or other criminals.

We should strive to improve the existing background check system for licensed dealers before expanding its scope, because it produces far too many false positive (and temporary) prohibitions.  “Universal” background checks will not be the magic bullet that stops criminal “gun violence”.

“Assault weapon” bans are another example of a gun-control proposal that doesn’t stand scrutiny.  The FBI reports more homicides by hammers, clubs and cutlery than by all rifles. Yet, no one speaks of banning cutlery or clubs (except in England, of course).

Just what would be banned as an “assault weapon” anyway?

Congresswoman Carolyn McCarthy was asked: “What is a barrel shroud?  And why should we regulate that?”  She finally admitted:  “I actually don’t know what a barrel shroud is . . . I believe it a shoulder thing that goes up.”  A barrel shroud is just a fore grip that prevents the user burning his hand on a hot barrel. Neither this, nor any fore grip, have any influence on lethality of “military-type guns”.

There is no practical definition of an “assault weapon” that distinguishes it meaningfully from most other types of firearms. The attempt to do so would lead down the slippery slope to outlawing all semi-automatic firearms. But it’s politically and practically impossible to confiscate the ubiquitous semi-auto long gun in America, while handguns have already been defined by the Supreme Court as in common use and therefore inviolable.

In fact, none of the supposedly “reasonable”, “common sense” gun controls proposed stand up to political or practical scrutiny.  Gun control advocates know this and refuse to debate the effectiveness or economics of implementation and enforcement.  When challenged they always retreat immediately behind the shield of “We have to do SOMETHING!”

Stated clearly, we are being lied to. Politicians promise gun control to satisfy their fearful constituents, yet there is never any measurable impact on gunshot deaths or wounding.

Why? Because no gun control measure short of successful nationwide confiscation of all firearms could substantially affect these casualties.

Two-thirds of gunshot deaths are suicides, and a single-shot weapon does as well as one with a 100 round magazine for that. One-third of gunshot deaths are homicides;, and almost all injuries are attempted homicides. These are committed mostly by convicted felons, gang members, and in drug-related crime. Meanwhile, mortality due to firearm accidents has practically become a rounding error.

Until we are prepared to criminalize as much as half of Americans, repeal of the Second Amendment won’t happen.  Nor could it be passed while 42 states are Right-to-Carry jurisdictions and just 13 opposing states could block any amendment.

Politicians using gun control to mobilize their base on Election Day are also inflaming gun owners to vote to against them. These effects seem, so far, to offset one another.

Why do progressives risk jeopardizing the rest of their platform for the promise of “reasonable” and “common-sense”, but impotent, “gun control”?  Why do they pursue incremental gun control that can’t deliver on its false promise of reducing gunshot mortality and morbidity?

Maybe they’re lying to themselves as much as to the rest of us.