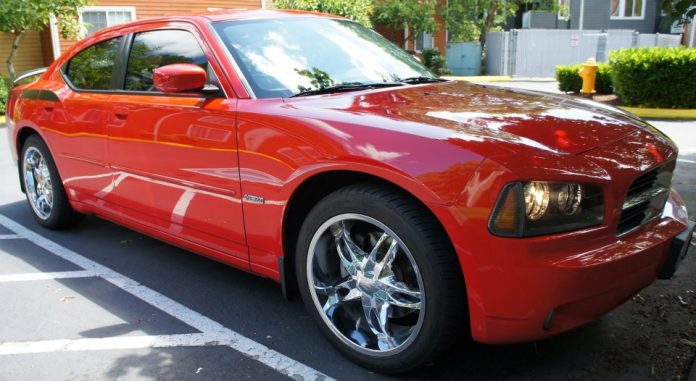 Hopefully you read the title of this article and clicked in because your gut reaction was “oh hellllll nah” or something along those lines. Good! Today I’m going to ask you to engage in a little thought experiment with me. We often hear “well guns should be regulated like cars” or “regulate guns like cars” from anti-gun people who have no idea how either of those things are regulated. Today we’re going to explore what would happen if guns were actually regulated like cars, and why that argument is absolutely nonsense.

We must have rules

Before we get started, let’s set the ground rules for this thought exercise. This is important because we need to have a consistent logical framework throughout this article, or we just end up in a rhetorical mudslide. So, the rules: owning a gun = owning a car; driving a car on public roads = carrying a gun in public, concealed or otherwise. Those are the base comparisons we’re using, just to keep things simple and consistent.

S​o, the next time someone says “we should regulate guns like cars” you can say “hell yes we should.” Think about it! To own a car that lives on your private property and you don’t drive on public roads there are…no restrictions. I can buy a car tomorrow from someone on the internet, have it delivered to my house, and as long as it stays on my property the government doesn’t have to get involved at all. Plus, there are no restrictions on what vehicle you can own. Do you want a massive V8 that goes 200mph? Cool, knock yourself out. Want SxS off-roader? Okay, just buy it. If we regulated guns like we regulated cars, I could buy a short barreled full auto AR15 with a suppressor and a D100 drum mag and there would be no regulation, as long as it stayed on my property.

“​But Caleb,” you’re saying, “cars that can’t leave your property are kind of useless, right?” Well wrong, but hey let’s talk about driving on public roads. Operating a car in public is analogous to carrying a gun in public, so yeah let’s 100% regulate guns like cars. If guns were regulated like cars, here’s what I need to do to get a carry permit: take a test so simple we expect teenagers to pass it, pay a small fee to the government, and then boom not only can I carry in public, that carry permit is valid in all 50 states, no questions asked. Plus if we draw this analogy a little further, many public schools would offer classes to help you pass the carry test!

“​Okay okay, I’m tracking this,” you’re saying, “but what about insurance and registration? You have to have that!” Yes, you do. And it’s so widely available that policies are easily affordable to everyone. Can you imagine a CCW insurance market that was as competitive as the car insurance market? You’d be able to get everything from basic protection all the way to super insurance policies. It would be amazing since I’m a big believer in CCW insurance anyway. Again, this is just a thought exercise. Which brings us to registration. People get a little squicky when you talk about registration, which makes sense. But! Let’s follow this analogy. If I buy a beater truck to drive around my range, it doesn’t need to be registered unless I’m going to drive it on the road. So that short barreled full auto AR15 you bought for home defense? No registration. You just own it because it’s yours. The only guns you’d have to “register” would be your carry guns, and in some states you already have to do this. And again, there are basically no limits on what you could register. If you want to carry the gun equivalent of a Dodge Charger Hellcat…you can. Oh, and if you wanted to build your own car in your garage? Perfectly legal no questions asked.

Last, let’s talk about sport shooting. Let’s say you don’t want to carry a gun, you just want to compete. Cool! You never need to register anything. Think about all the amateur race drivers who trailer unregistered, un-plated cars to events every weekend. So if you want to take your gun from your home to a shooting event, it would be the same rules. Just make sure it’s locked up in accordance with FOPA’s travel guidelines, and you’re good. Maybe be a member of a shooting sport organization? I don’t know.

But the point here is simple: when someone says “let’s regulate guns like cars” it’s usually because they have no idea how guns or cars are regulated. All they think is “loldurr drivers license and insurance” are required, when in fact…regulating guns like cars would actually be pretty cool.