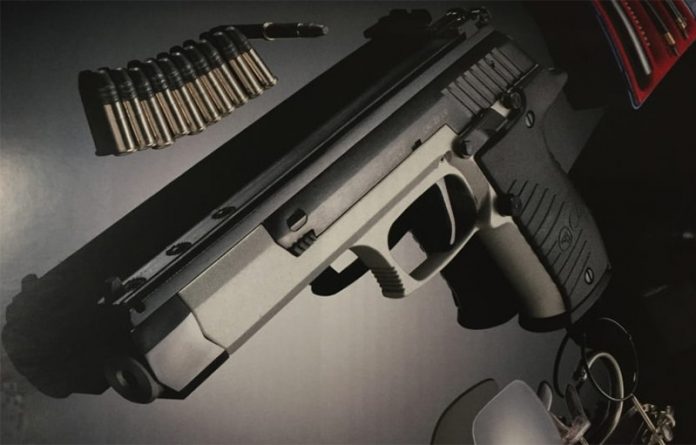 The CZ 122 we recently mentioned here is a bit of a mystery in the United States, as it was never imported here; some were brought to our friends in Canada, but only a few; and the modern rimfire pistol is not available even in Europe now. What happened?

We turned to a relatively recent book by Czech weapons historian David Pazdera, Legenda Jmeny CZ, or in English, A Legend Called CZ. This coffee table sized book is an illustrated history of CZ from the 1930s to date, with a few sparse areas and holes conforming to issues of Czech historiography, but extremely comprehensive coverage of Cold War and post-Cold War CZ products. Sure enough, Pazdera has the CZ 122 covered on pages 325-328. We were on our way out the door on a road trip and couldn’t bring Pazdera’s mighty doorstop of a book, nor had we the time to fire up the Fujitsu and scan the relevant pages properly, so we photographed the pages and précis the information here.

The CZ 122 was the product of designer Stanislav Buran, who was not actually a designer, but the head of a manufacturing engineering section. The project began in the 1990s with the idea for a “simple and cheap” .22 rimfire pistol, to plug a longstanding gap in the CZ product line. But his initial design was a far cry from the pistol that finally reached production. The CZ 94, prototyped in 1994, looked much like any of the last century or so of sporting .22 automatics, with a hint of Woodsman or Hi-Standard ancestry, and a splash of modern Eurodesign: 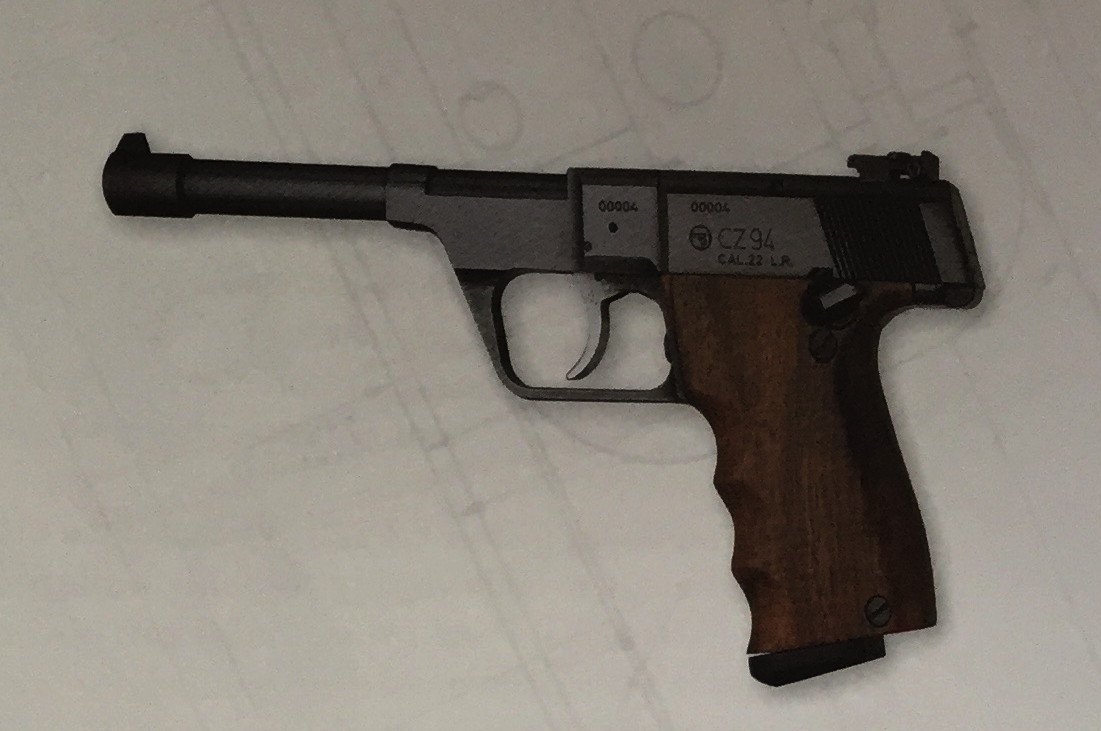 The CZ 94 is described by Pazdera:

It was a simple and cheap pistol of the lower sporting category, usable for fun shooting or target practice. It had a fixed barrel, and unlocked (blowback) breech, a single-action trigger mechanism and an internal striker mechanism, The  magazine capacity in the final version was 10 rounds. Particularly unusual was the magazine release on the front side of the frame inside the trigger guard.

Buran continued to develop the idea of a simple, inexpensive rimfire pistol, with the help of Vojtech Anderle. It evolved through several prototypes. One thing that changed — a lot — was the magazine catch, which first moved to the classic Euro/Hi-Standard position at the base of the grip, and then to the classic Browning position at the junction of the trigger bow and the grip frame.

As you might expect for a design that began with a manufacturing engineer, production engineering and cost control were in the design mix from the start as CZ 94:

It’s assumed that for manufacturing, a frame of aluminum alloy or plastic, of which (the plastic) another set of parts might also be made. In addition, there was also expected to be frequent application of stamped sheet-metal parts (trigger, disconnector), and parts from the Kadet small-caliber adapter (barrel, extractor, firing pin, magazine) and from the standard CZ 75 model (hammer, sear).

In 1995, the pistol was extensively redesigned by industrial designer Vojtech Anderle, who drew six sketches, from which one was selected, leading to six more design studies based on that. The final styling was incorporated into the CZ 122.

The frame of the new model got a slide release. For that reason, the weapon got an old-fashioned magazine release at the base of the magazine well. The barrel was pressed or molded into the frame.

Initial tests found the plastic-framed prototypes more reliable than the alloy-framed ones, but “for technological reasons” the alloy frame was selected. In 1998, designer Petr Pöschl was tasked to finalize the pistol and bring it to production.

The CZ 122 was produced from 1998 to 2002, and then again from 2004-06, but only 6,192 examples were manufactured. All have the alloy frame. The breakdown between European-mag-release and Browning-mag-release production is unclear.

Pazdera says this about the design’s benefits:

The modern design of the CZ 122 Sport Pistol was meant in part to be reminiscent of a modern service pistol, but the weapon was also able to feature a series of sporting features: fully adjustable LPA target sights, single-action trigger mechanism with an external hammer of the sporting type, and a trigger with a straight tongue and screw-adjustable travel.

If it was such a carefully designed pistol, why weren’t more of them made? The pistol performed well — usually. But it was finicky about ammo, and launched into a glutted market full of established target pistols.

The accuracy potential of the weapon was solid, for example during tests carried out during the year 1996, it was possible to achieve groups of 25 mm (tn: less than 1″) at 25m (highly dependent on the ammunition used). The weakness of the one-twenty-two was inconsistent reliability. This compared with the strong market positions of quality competitors had as a consequence unsatisfactory sales numbers, which led the Uhersky Brod company to definitively wrap up this program in the first half of the first decade of this century.

In the modern era, of course, CZ-UB is a profit-making enterprise, and a slow-selling pistol is a waste of manufacturing resources. Worse, a pistol that is prone to fits of unreliability and that is finicky about ammunition — even though that’s not a rarity in the rimfire market — risks the reputation CZ has built up for almost a century. As a result, the CZ 122 is a rarity, enjoyed by those who’ve found the right ammo, and coveted by CZ collectors.