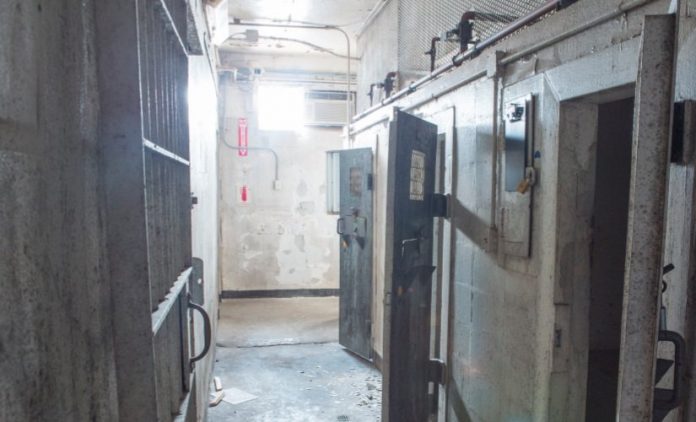 From the earliest days of mankind, one of the few things that separated our particular breed of big-brained monkey from the rest of the competition in the wild was our ability to harness light, in the form of fire. Fire, of course, was paramount to our success as a species for a number of other reasons: it provided heat, safety, and a means by which to cook calorically dense meat, reducing our constant need for foraging… but light freed us from our fear of the dark. Our ability to illuminate the shadows removed the predatory advantages of the animals that stalked us after sundown. That ability to see threats coming where we otherwise couldn’t often meant the difference between life and death – for individuals, and for the species.

If you ask me, out here in the woods of Georgia, not much has changed.

I didn’t always carry a flashlight with me as a part of my EDC. In fact, I spoke to a number of guys when I first started with SOFREP who recommended it, including former Navy SEAL and our company founder, Brandon Webb, all who said a good flashlight was an important part of anyone’s loadout… and disregarded their suggestion. In my mind, a flashlight was the type of stuff gear-guys carry around because it’s a good idea, but not necessarily something so integral I shouldn’t leave home without it. If you’ve followed my writing for a while, you may have noticed that I have a bit of a thing for admitting when I’m wrong – it’s important that a man is willing to do so, in my opinion – and this is one of those times.

I turned the corner while touring Tytan Tactical’s new prison facility in Eatonton, Georgia last summer. The sprawling complex was still raw after years of sitting empty at the time, and I suppose I should have expected to need more light than my iPhone could provide. Fortunately, I wasn’t the only guy on that tour – and two gentlemen, one hailing from CAG (Combat Applications Group, also known as Delta Force) and another from some alphabet agency who were along for the trip too, swiftly produced small flashlight from their pockets that put my iPhone to shame. Where I had been struggling to stumble my way through the darkness, they illuminated entire hallways. Then and there, I told myself I’d incorporate a good quality flashlight into my journo-kit forever more.

Not really the kind of place you want to roam around in without a flashlight,

What started as keeping a flashlight in my pocket when heading out on work trips quickly turned into never leaving the house without one, however, as I came to find that flashlights come in handy on a regular basis. My driveway is far enough from my front door that our porch lights don’t quite cut it. Any time there’s ice around, I leave the car first and make my way to the passenger side, where I can use my little light to keep the ground well-lit for my wife – something that’s even more important now that one of us is usually carrying a baby. When working on my car, I don’t have to go searching for a light in my disorganized and scattered collection of tools, I just pop my little flashlight out of my pocket.

First and foremost, a bright flashlight can serve as a powerful deterrent to opponents in a dark area. Like the predators stalking our ancestors, illuminating the darkness can often be enough to dissuade a potential opponent’s approach, as it’s clear they won’t get the drop on you and that you’re situationally aware enough to engage them. If knowing you see them isn’t enough to send them packing, however, blinding them with your light can provide you with a serious advantage. They can’t see what you’re doing behind that bright beam of light – whether it’s drawing a weapon or looking around you for any other encroaching threats. They know where you are, but not what you’re doing, as long as you keep the light trained directly at them.

However, where the light really comes in handy from a defensive standpoint (if you ask me) is when coupled with another part of my EDC: a concealed firearm. Depending on the situation, I’m usually either carrying my modified Glock 19, or a just about bone stock Ruger LCP. The Ruger isn’t my favorite gun in the world, but it’s got a small footprint, a decent caliber, and fits well within my budget. While I do have a tactical light for the rail of my Glock, that light tends to stay at home when I’m concealed carrying – again, for the sake of keeping the firearm inconspicuous when tucked inside my waistband.

If you spend enough time in the woods of Georgia, far enough away from civilization to wonder about the threat a wild animal may pose, but close enough to it that your primary concern is still ill intentioned human beings – having a powerful flashlight can help you identify a threat and put rounds on target in a way you simply can’t when guessing in the dark. The frightening profile of a person 15 meters out might mean you harm – or it might be the guy from down the street looking for his lost dog – the light helps you decide. If he turns out to be the bad guy you feared he was – the light continues to come in handy as you eliminate the threat.

Tree stump at 10 meters – Light from my iPhone 6s on the left, and from my Streamlight Microstream (45 lumens) on the right.

It’s been about six months since I started carrying a flashlight with me every day – and in that time, I haven’t had to use it to defend myself once, but then, that is the best case scenario. My flashlight, my knife, my pistol, these are all dual purpose tools: their primary function is, of course, to wound or kill an opponent – but their secondary function is their role in the presence you cultivate by being a person with strong situational awareness and a means to defend yourself. You carry yourself differently, you see the world differently, and in turn, the world sees you differently too.

You are not an easy meal. You bring light to the darkness, and if need be, death to those waiting within it.

You’re the type of big brained monkey that survives.

Originally published on SOFREP and written by ALEX HOLLINGS