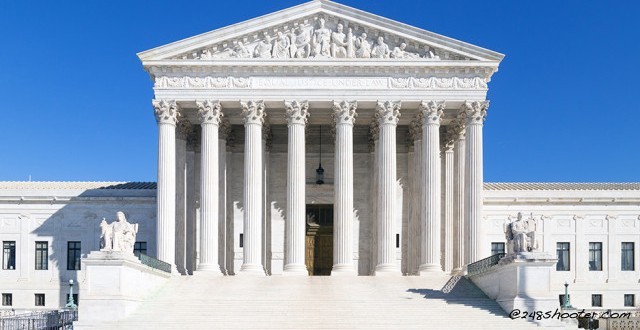 It has been awhile since we wrote articles on the political landscape in Michigan and across the US. With so much going on lately it is easy to get misinformation or miss the information that is pertinent.

The Detroit Free Press and Grand Rapids as a whole is no fan of the 2nd amendment. To nobody’s surprise the article linked above has a very anti gun tone to it.

Without getting into a diatribe about right or wrong the fact is a case precedence has now been created. You can even read further articles at the anti gun Mlive calling for legislation to seize on this and create legislation to avoid further coart battles. Any action that allows courts to deem that it is now acceptable for police to perform an investigation on citizens who carry a weapon that includes a background check, detainment and handcuffing is a direct affront to our 2nd amendment rights and to common sense.

This precedence opens a can of worms for even the most responsible open carry and possibly concealed carriers as it has given police far more leeway with how they treat gun owners. This is not just an attack on the 2nd amendment but against unlawful search and seizure as well.

There is now a Go Fund Me project to support Mr. Deffert’s appeal. I would ask that our readers put aside any right or wrong thinking related to the facts of this case and consider supporting his appeal in an effort to reverse a very bad precedent set by the existing ruling.

Josh Wade recently posted this in the MOC group:

For the past six months or so, Steve Dulan and I have been preparing for a lawsuit against the U of M. As of today, we are making this known publicly. We are filing this week in court of claims.

We are seeking a dec action saying that U of M’s prohibition of firearms on campus is illegal and unconstitutional and therefore unenforceable.

Currently, U of M claims that because their Board of Regents was established by the Michigan Constitution, the Regents’ authority on U of M property is equal to or above the authority of the Michigan Legislature. They claim that they are therfore not subject to legislative preemption.

More information will come as the case progresses and I will be posting a link where you can go to make donations to help support this lawsuit.

You can find the actual filing here: https://thewades-my.sharepoint.com/personal/joshua00_thewades_org/_layouts/15/guestaccess.aspx?guestaccesstoken=YGcXNIOM10Ucqig6R3OG5B19dvwMCLqGZf883VpcVCg%3D&docid=08cebab24725a4ca4a12f3ebf930aaca7

It is our hope that this case is ruled in favor of Mr Wade and gun owners across the country. Pistol Free zones only pose a greater danger to responsible citizens and have proven to become terror zones often tied to mass shootings from those who ignore laws.

The following bill has ben proposed in the House.

■ HB 4675-76: Allow a person who purchases a pistol to decide if they are going to submit a copy of the purchase to Michigan State Police for entry in the gun database. Also allow a person to ask to be removed from the state gun database. Sponsors: Reps. Lee Chatfield, R-Levering, Tom Barrett, R-Potterville.

This is one we all need to watch closely as it allows citizens to remove themselves or their guns from the Michigan State Police registry. Further it removes the required burden of registering a pistol with the State Police. This would be a huge win in my opinion and something we should all support.

As you can see there is no shortage of activity here at home. On a federal level however there is even more that can be incredibly dangerous.

In updating regulations governing international arms sales, The State is demanding that anyone who puts technical details about arms and ammo on the web first get the OK from the federal government — or face a fine of up to $1 million and 20 years in jail.

Government in general and especially the current administration has no love for gun or the expression of ideas counter to their agenda. These regulations if approved would stifle much of the Internet as we know it. Imagine gun forums, Facebook, Blogs like us and YouTube devoid of any meaningful discussion related to components or parts associated with firearms.

Not only would this be a direct attack on the second amendment but it is a brutal assault on the first. It comes as no surprise that disrupting communications would be a key part of an anti gun agenda and this would provide the footing to begin dismantling the ever growing resources and communities available to gun owners.

While the headline of the article is certainly hype to generate clicks the fact is this is bad news.

Some people are calling this a ruling but it is more of a refusal to hear the case. The Supreme Court has by failure to listen to hear the case sided with San Fransisco’s ban on hollow point ammunition and required gun locks.

This sets precedent for other city’s states and municipalities to now ban hollow point bullets as well as require guns be locked up when not being worn. Since this announcement we have already seen Albany attempt to create similar gun lock legislation : http://www.breitbart.com/big-government/2015/06/10/albany-democrats-push-gun-storage-requirement-following-scotus-decision/

This is something we all need to keep an eye on and now fight locally as the federal courts are not willing to support gun owners in striking this poor legislation down.

If you have other political news you want to see featured please use the contact us form to reach out to us. If your interested in sharing your viewpoint on these articles please be sure to visit us on Facebook and share your comments.