Traditions are generally defined as the transmission of customs from generation to generation and nowhere are these held in higher regard than those born of militaries around the world. Many times throughout history, tradition has given pride to warriors in the face of war and death and helped turn the tide for victory. One such tradition is that of the challenge coin. This is commonly accepted as taking its roots from ancient Rome in which a soldier would be rewarded for superior performance on the battlefield by being gifted a day’s pay and a separate specially minted coin bearing his specific unit’s mark as a bonus. This coin’s meaning would typically prompt the soldier to hold the coin as a memento not to be spent on women and wine. As time went on, the concept of the challenge coin would grow into a large industry around the world in which symbolized respect, honor and brotherhood. One such company helping keep the time-honored tradition alive and strong by providing top quality custom coins is Legacy Coin Company.

Today, the challenge coin is still held in high regard in both military and civilian culture. Everyone from company executives to the President of the United States of America have personalized challenge coins on hand to reward to those whom they hold in right regard or deem worthy of receiving a personal token of respect and appreciation. For the business professional, challenge coins are often exchanged like business cards but with far greater advantage. Coins are unique and interesting, enough so to become great “ice breakers” in social situations. Whereas business cards are often glanced at and readily discarded, people tend to keep and often collect them as a memento of their experience like the Roman solider, who withheld from quickly spending his coin on leisure of the day.

Typically, modern challenge coins are around 1.5 to 2 inches in diameter, and about 1/10-inch thick, but the styles and sizes vary wildly—some even come in unusual shapes like shields, pentagons, arrowheads, and dog tags. The coins are generally made of pewter, copper, or nickel, with a variety of finishes available (some limited edition coins can be found actually plated in gold). The designs can be as simple an engraving of the organization’s insignia and motto or have enamel highlights, multi-dimensional designs, and cut outs.

A little over a year ago, I started seeing some very impressive and professional challenge coins being circulated around the Law Enforcement community honoring fallen officers such as my dear friends lost since my early retirement in 2011, Tarboro Police Officer Charles Johnson and NC Highway Patrol Trooper Gene Demuth. Both these coins were done so beautifully and tastefully that I choked up when I saw them. In researching who created these fitting memorials to my lost brothers in blue, I discovered Legacy Coin Company ( www.legacycoinco.com ). I was somewhat surprised to see the company was located in my boyhood hometown of Red Oak, North Carolina. Interestingly enough, I also learned the company was owned and operated by a former co-worker, Jeremy Guzman. Jeremy was an outstanding patrol officer for Charles Johnson’s former Police Department when I served for the Edgecombe County Sheriff’s Office as a Deputy. Having moved on to greener pastures and more success, Jeremy decided to put his efforts into creating a company that holds to the honor and traditions instilled in him by his strong  moral values and experience in Law Enforcement.

Often people are in positions to want challenge coins made for their businesses but don’t know how to go about creating their own. This is where Jeremy’s company comes in to help. Working within the client’s budget, Legacy Coin Co. takes the client supplied design ideas and any artwork they may have, and design a proof to fit client standards and approval.  Legacy then provides accurate pricing that has been shown to be among the most competitive in the industry. .  Often ranging from $400 – $600 per 100 coins, this cost for most companies can even be written off on taxes as advertising. Combined with their production team’s high quality performance, the end results regularly beat those of equally priced products.  Legacy Coin Company takes pride in what they do, and always make sure of complete customer satisfaction. After payment has been made, delivery is usually within three weeks, depending on current workload.  Unlike most companies who ship the finished product in a generic bulk tube, each Legacy coin is individually packaged, and delivered to the client’s door.

When my wife, Candace decided to create a challenge coin as a fund-raiser for the nation’s largest all female not-for-profit firearms organization, The Well Armed Woman Shooting Chapters, she chose Legacy Coin Company. This organization is composed of various chapters in all 50 states headed up by State Leaders such as my wife. Currently there are over 10,000 ladies nationwide donating their time to learn safe firearm handling, NRA approved courses and achieving their goal to equip, educate and empower women worldwide. Over a period of a couple of weeks, the final design for the state of Florida coin was drawn up by Candace, approved by corporate headquarters and into production. Within a couple of weeks, the box containing the first 100 fund-raiser coins arrived at our door and ready for sale. The coins were brilliantly colored and true heirloom quality.

The personal attention and quality received from Legacy Coin Company was top-notch. Immediately seeing the custom coins, it prompted me to start designing a coin for my Swanson Training Group to award future students along with their certificate. Legacy Coin Co has definitely earned my business from now on. The straight forward and quick turnaround of how Legacy Coin Co does business comes highly recommended for any fund-raisers, Police Departments, Private Contractors or Corporate Executives. 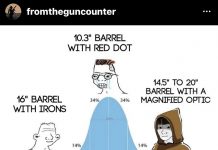