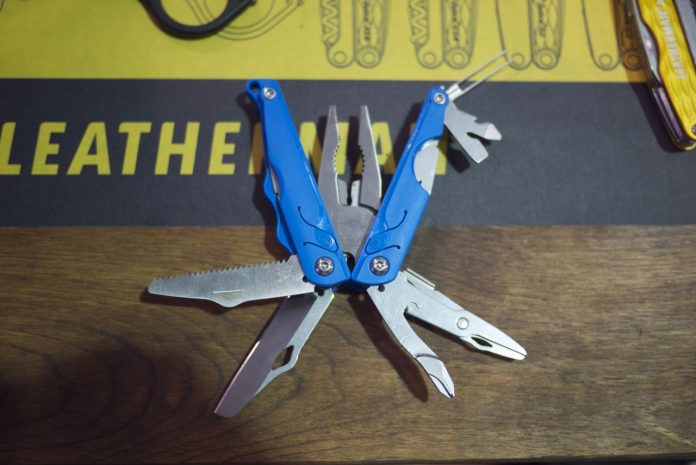 I was going through the various blogs and what is going on at Shot Show and found this great article. The idea of a knife that can be added or removed for training and safety is fantastic. My 9 year old has completed his whittling chip from the cub scouts but this will be a great way to get my youngest to properly respect knives.
Original artilce first published by AllOutdoor.com

Leatherman is launching a new product at SHOT this year, the Leap. It’s a multitool for kids, and it comes with a user-installable blade. The idea is that you can install the blade later, when junior is ready for it. In the meantime, a child can learn safe handling of the knife.

As you can see from the pictures, the Leap has a pretty standard complement of tools. There’s a knife, saw, tweezers, three screwdrivers, ruler, bottle opener, and of course the needlenose pliers with integrated wire cutters.

The saw is clearly there for training purposes. You’d kill yourself if you had to saw through anything more than a #2 pencil with it. But it could certainly be used by a small child to learn proper safety and sawing technique.

The 420HC blade, once installed, seems solid, but like the rest of the product its main utility is as a teaching tool.

My only complaint about the Leap is that it comes in blue, red, and green, but not pink. I have three girls, all of whom are obsessed with the color pink, and I’d love to get them multitools. My oldest is on a camping kick right now, so I know she especially would appreciate it. I guess I’ll just have to buy her the red one.Speaking of colors, Leatherman also introduced four colored variants of the Juice line.