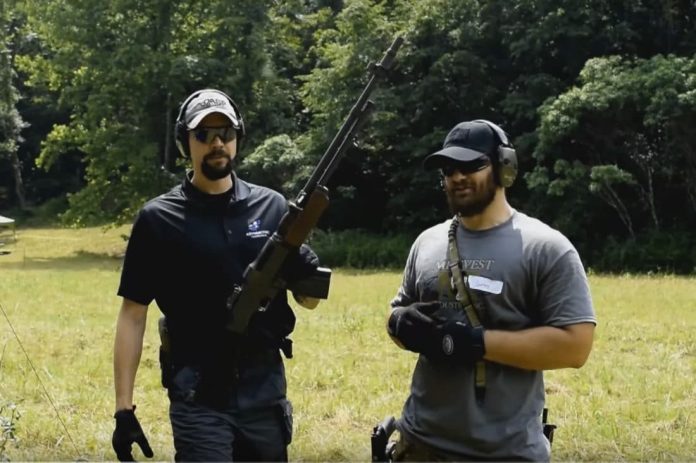 Ever heard the one about three Nazis walking into a BAR? Come on, you know that was funny.

The Browning Automatic Rifle, officially designated the M1918, was a sweet light machine gun designed by no less a firearms genius than John Moses Browning in the tail end of World War I. Capable of spitting out .30-06 rounds at 500-600 rounds per minute, the BAR could empty a 20-round detachable box magazine in just two seconds when wide open.

And you see a little of that above in the video from the VSO gun channel. Of course, for the first shoot they have a super sweet 30 rounder, which enables Uncle Sam’s industrial sewing machine to get a in few more stitches on the liberty quilt.

Is it any wonder why these guns remained in service for over forty years?