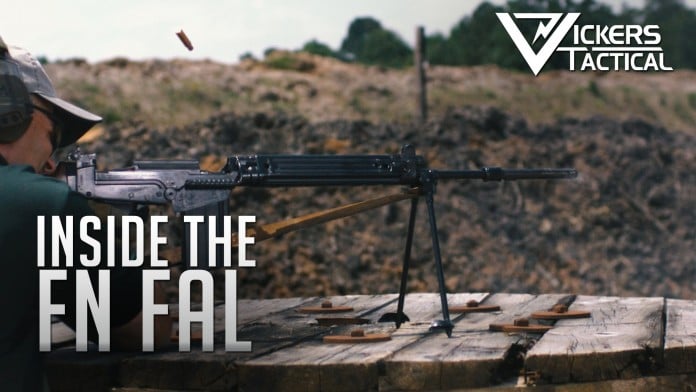 During the Cold War, the world was divided into NATO, the Warsaw Pact and a few neutrals. While the US went with the M14/M16 and the Soviets chose the humble AK, the rest of the world went another way opting to go with Dieudonne Joseph Saive’s FN-49 and update it with a fun button and 7.62x51mm chambering. Ready for production by 1953, FN called its new rifle the Fusil Automatique Leger (French for “Light Automatic Rifle”).

This of course, was simplified as FAL.

And Larry goes in depth with a sweet as sauerkraut German G1 version above– including some topless shots that show all the neato insides while going rock and roll.