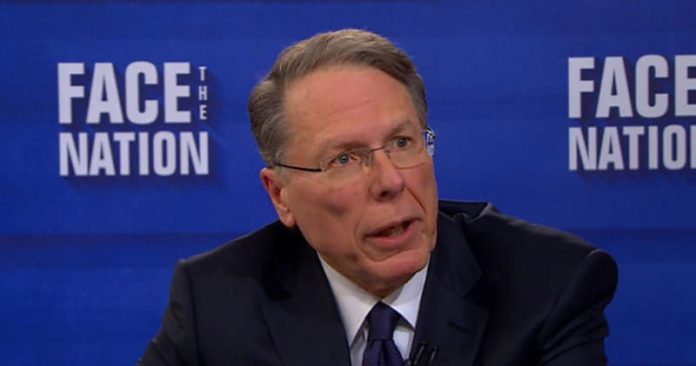 The recent slew of mass shootings has prompted legislators to act and burned several important issues into the American political discourse on guns.

A sit-in staged by House Democrats this week brought further attention to gun control, particularly to a measure barring Americans on the federal government’s terrorist watch lists from being able to purchase guns.

For opponents of no fly, no buy, doing so would force an undue burden on people who may not even know they’ve been put on the prohibitive lists, which offer no criteria for except reasonable suspicion, something the National Rifle Association and American Civil Liberty Union call a due process nightmare.

During an interview with CBS’ “Face the Nation” on Sunday, NRA Executive Vice President Wayne La Pierre blamed the Obama administration and what he called the “gun ban movement” for trying to redirect attention from terrorism.

“They don’t want to face the embarrassment of their failure in this terrorist area and they want to cover their butts and not talk about it,” La Pierre said. “You can’t save the country with politics.”

The mass shooting in Orlando – where 49 people were gunned down and 53 others wounded – was a catalyst for the Democrats’ movement to storm the House floor in filibuster, which is prohibited in the chamber, unlike the Senate where the action is more common. The shooter in the June 12 attack was able to buy guns, including a Sig MCX semi-automatic rifle, despite having been investigated by the FBI for making incendiary and terrorist threats, which he told investigators he made because co-workers were teasing him for being Muslim.

What law enforcement want to do most of the time is let a sale go through, La Pierre said.

La Pierre’s accommodation is the Cornyn bill, which codifies the terror watch list, he said.

“And it provides due process for the good people and it gives law enforcement the ability where they can conduct these investigations and it won’t blow what they’re doing,” La Pierre said.

So, what about laws that prevent guns that can shoot a large number of bullets in a short amount of time?

“Laws didn’t stop the Boston bombers, laws didn’t stop terrorists in San Bernardino, California, a state known for its strict gun control, and in Paris, where people aren’t allowed to even own guns,” La Pierre said.

Host John Dickerson brought up the fact there was a good guy with a gun in the club during the Orlando attack who couldn’t stop him.