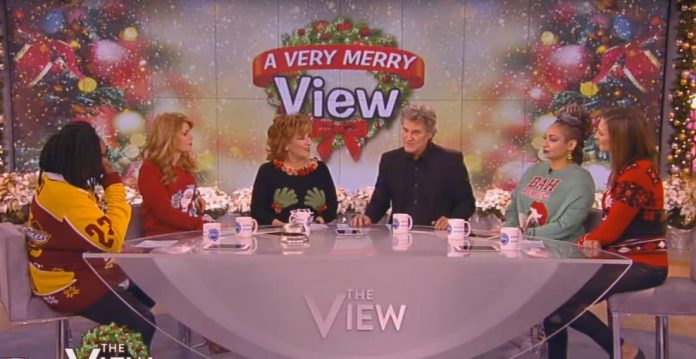 While popping in on The View to plug his upcoming film, the coffee gossip show asked Kurt Russell to clarify his reasons for supporting gun rights and he dropped the Freedom coin.

Russell was asked by Whoopi Goldberg about his comments made last week to interviewer Jeffrey Wells in dismissing the case that violence in film influences violent acts in the real world.

In separating the line between what the actor called “fantasy land” such as film, and real life, he invoked the spirit of 1776.

“We had our Civil War,” he continued. “If that Second Amendment hadn’t been there, those people would not have had the opportunity to do what they consider was defending their life, their way, their style of living. So I agree with that. Its a basic part of our existence and its basically that simple.”

The conversation ended with Russell blowing a kiss at Goldberg.