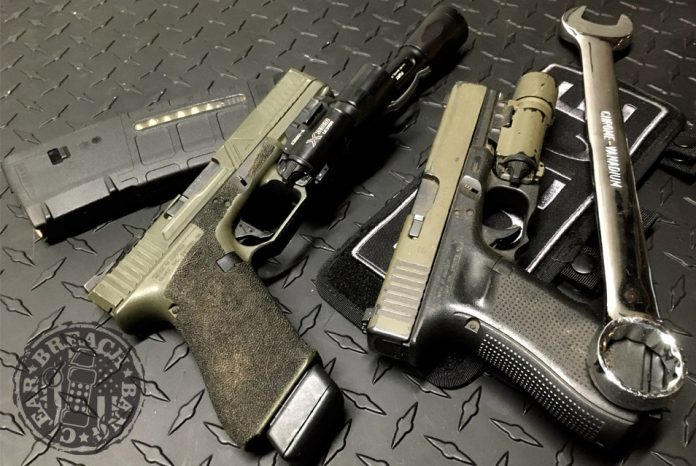 I’ve been in law enforcement for some time now. I left full time LE in April of 2015 in order to teach full time, but maintain reserve status with a local agency. That allows me to push a patrol car and do blue-blooded cop work whenever I like — but my main passion is teaching. My passion for teaching came from my passion for learning. From military to contractor to cop, I wanted to learn.

Learning is more than just remembering procedures and facts, it’s about being the best I could be with the tools of my trade. As a cop I have a lot of tools, but they are just tools. Nothing is magic, nothing is fail proof and nothing ever seems to do exactly what I want, when I want it to. Everything has a margin of acceptable performance, and that performance is related directly  to how much time and dedication I put into mastering the tool. This goes from blindly switching channels on my radio to putting rounds exactly where I wanted them as opposed to in the inch-or-so neighborhood. In LE, as in many professions (and in life), every tool requires proficiency and every tool gets (or should get) some degree of practice and attention. Some more than others.

Let’s be honest, who really practices their baton deployments or getting their OC out enough? How often is cuffing actually practiced when you are bound to get a few real life applications (or more) a week?

Training varies greatly by department. Some officers are given extra training, but far more are allowed just enough that their department isn’t breaking the law or “failing to train” [Think Canton v. Harris, City of Margate v. Popow, Zuchel v. Denver and similar cases…Mad Duo]. Some don’t even get that. 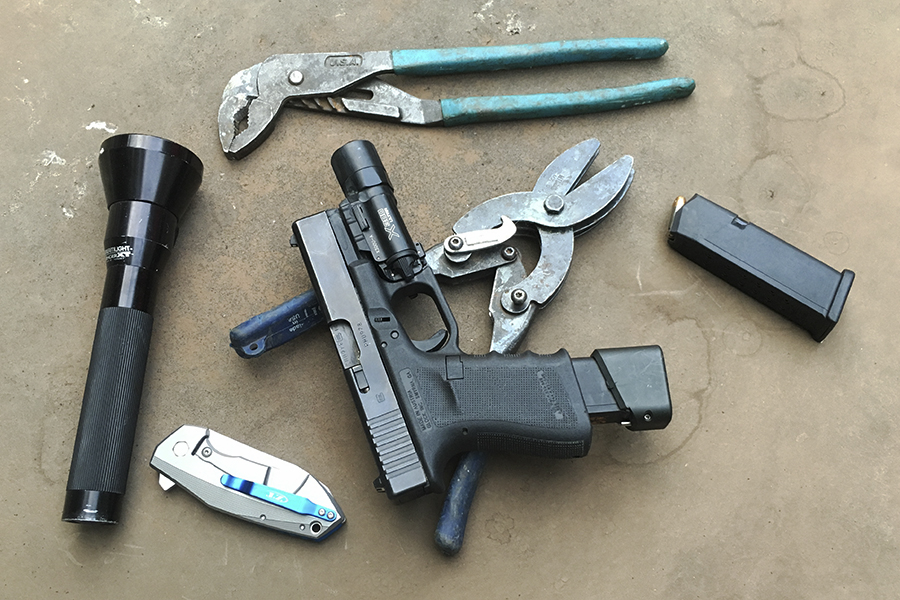 Cops come in all shapes and sizes. A common theme I’ve been hearing since my first day on the job is the one about cops who aren’t gun guys. Don’t get me wrong, LE is more than just being able to shoot, but being able to shoot is the most critical skill to have when skill level can have a gravitational effect on saving a life (or not) and going home (or not) . When all else fails, it’s the gun as a tool that does whatever the job is. Cops that aren’t gun guys are basically saying that everything else will get the job done, or the gun is magic and will do the work for them. This is a factually stupid line of thought, and I place the blame for this way of thinking on departments and on the officers themselves.

You wear a badge? You are a gun guy. Your tools, no matter your trade, must be mastered in order to be a professional and no amount of Dave Grossman books or Sheepdog shirts are going to change that or get you by. You are a direct reflection on your trade and your skill level, on the street and on the range, is ultimately your personal responsibility. Departments fail officers by not providing adequate training or capitulating to politically driven requirements that allow sub-standard officers to share the same road as those who take their tools and job seriously. Qualifications are wrongfully designed to measure the lowest-acceptable-denominator, partly because having dozens of officers fail to qual makes the department, and its instructors, look bad. In addition, the fewer attempts an officer has to take to get qualified, the less money the department spends on ammunition, staffing, overtime to cover shifts for training officers, etc.

I was once told that I would die of old age waiting for my department to get me everything I needed, and this was in a department where each officer had a training day every other week; training ammo was plentiful, every handgun and patrol rifle had a weapon light (with training on how to use them) and patrol cars rarely saw 100K miles before replacement. It was in this rare environment that I met my first “not a gun guy” officers. Cops pissed because they had to train, or just not interested in the particular topic. We accept this behavior in law enforcement because no one really has a clear understanding of how to change it. Departments fail officers by not trying to solve the issue, yes, but more importantly officers fail themselves, their fellow officers and the public by accepting their level of department-provided training.

The idea of combat accuracy is basically saying “my hits are good as long as they are on paper,” which is actually saying “I have no desire to be good at this because stopping a threat is an esoteric concept to me.” Combat accuracy is a copout, using examples from real life shootings with real life cops in all probability sucked at hitting paper and therefore were awful at hitting actual moving, 3-dimensional people. Using real life failures as an example of why you aren’t willing to get it right on paper is perhaps the most dangerous mentality you can encounter in shooting, though the belief that by simply drawing the gun, you won’t need to use it comes a close second.

I spent a long enough time as a department instructor to know that many officers believe the handgun is a magic wand, and that simply drawing it is going to diffuse any situation. If the need for gunfire happens to arise, the officer is likely to be close and therefore accuracy is guaranteed.

Of course, a small amount of research (which requires a proactive interest) shows this to not be the case without a proper attention to practice.

Obviously the problem becomes self-perpetuating pretty quickly. It’s almost a Greek tragedy; quality, training, lack of training, practice and lack of desire to practice becomes a manifest destiny of low level operation. Skills are mediocre at the personal level, and increase danger to fellow officers on a wider scale.

If a department isn’t training its officers, it falls on the officer to seek training themselves and practice those skills to proficiency.

I’m sure this is mostly a fall-on-deaf-ears article; those who agree with me need not read it, and those who need to read it probably stopped reading a while back. Ego, pride, disinterest or apathy — there are many reasons why. However, in the hopes that a few are still trudging along, allow me to put this problem in a different light.

If you wear a badge, have sworn an oath, you are a gun guy. Part of your oath requires that you defend others, and part of defense is the ability to use your firearm. All law enforcement tools have varied degrees of usefulness. Not all tools are designed to deliver lethal force. However, the sidearm, the patrol rifle, and the shotgun are all intended to do one thing, and that is to deliver lethal force on demand. If that demand arises, then no other tool is suitable. The public has entrusted law enforcement with the right to use lethal force, and the public should demand that they are good at it. If you are a gun guy and you are not pushing those who claim they are not, to improve their performance, then you are complicit in their lack of skill. 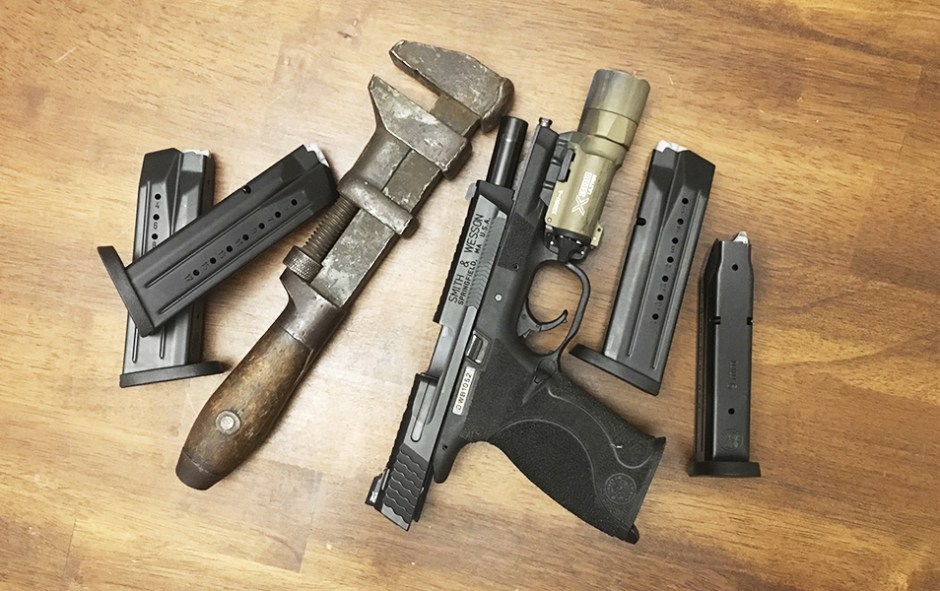 Viewing the problem this way, I think the solution lies not in the range master or even the training officer, it must be at the individual level. It’s fixable issue, but only if the officer takes an interest in the skills of his fellow officers and either draws knowledge from them or gives knowledge to them.

For those already with this mindset, it’s time to create a majority from a minority. We need officers who actually give a shit about being able to do work, and it’s well past time to stop waiting on the department to make it so.