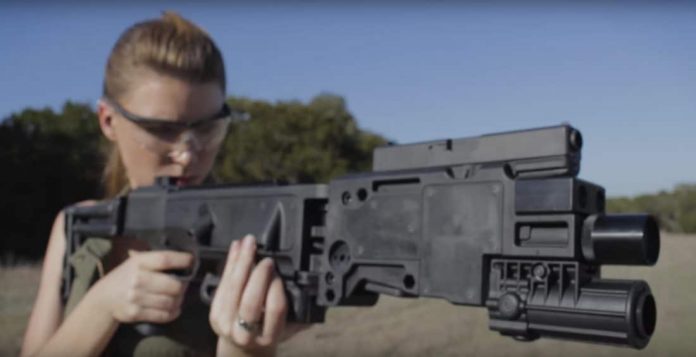 Competition shooter and well-respected trick shot Kirsten Joy Weiss spends some quality time with a Glock 23 set up to fire around corners.

The Corner Shot system, invented in Israel in 2003, is an extension device similar to the old “periscope rifles” of World War I mounted with mirror sights that allowed the shooter to remain safely down in their trench while taking shots over No Man’s Land. A much more modern design than its 1918 predecessor, Corner Shot is all space age polymers and uses a surveillance camera with an LED sight that allows the user to engage targets from the left, and right, from the front, up or down.

And KJW seems to be able to figure it out with ease, though she did note some limitations with the system.