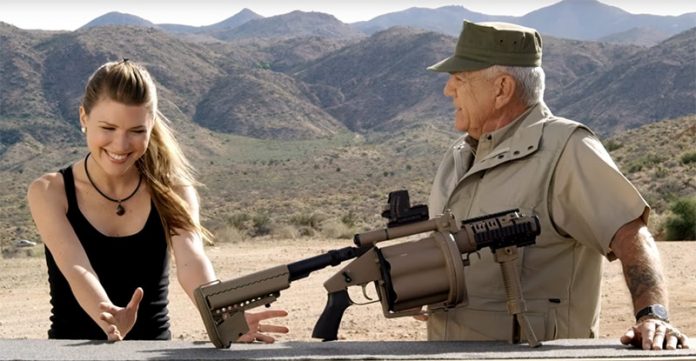 Weiss recently took to the range with R. Lee Ermey, a.k.a. “The Gunny,” to try out the M32A1 grenade launcher, which holds six rounds that can be dumped in mere seconds. The Gunny, however, instructed Weiss to purposely miss the mark because he packed a little surprise in the bunker.