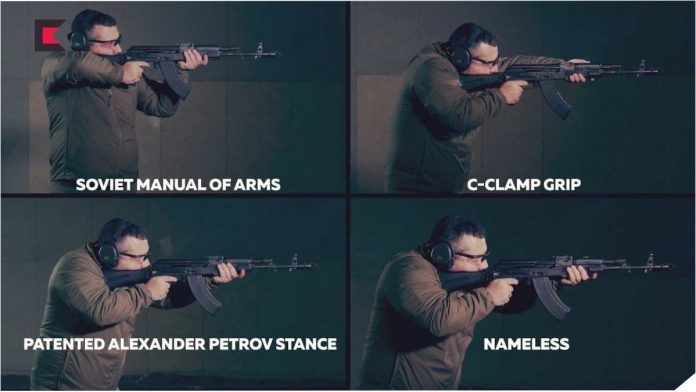 Although Mikhail Kalashnikov himself is not around to weigh in, the Russian arms giant that builds the guns is, and this is what they say about the best AK kung fu grip.

Of more interest is the sweet AK100/200 series rifle he uses, similar to the one Kalash is set to build in India on a 700,000-gun project for the second largest army in the world.

For a more American (via Poland) take on the Kalash grip debate, Robski with the AK Operators Union weighs in, below.

And, should you prefer a mag well grip, where to put your thumb…