The piñata’s up and you better stand back, because Ka-Bar is holding a machete. I say swing for the fence. Hell, you only turn 118 once, right? Or maybe not at all. Depends on what the dancing moms give you, prob’ly.

Dig it: it’s been 118 years since Ka-Bar’s first sales in 1898 (back then their moniker was the Tidioute Cutlery Company). Though they’ve changed their name a couple times since then, everyone knows Ka-Bar now. Join us in admiration as Ka-Bar Celebrates its 118th birthday this Friday (an anniversary they’re celebrating all week long).

Ka-Bar is iconic. Their fixed blades are immediately recognizable. They’re in books, movies, video games, and every war we’ve had for nearly a century. 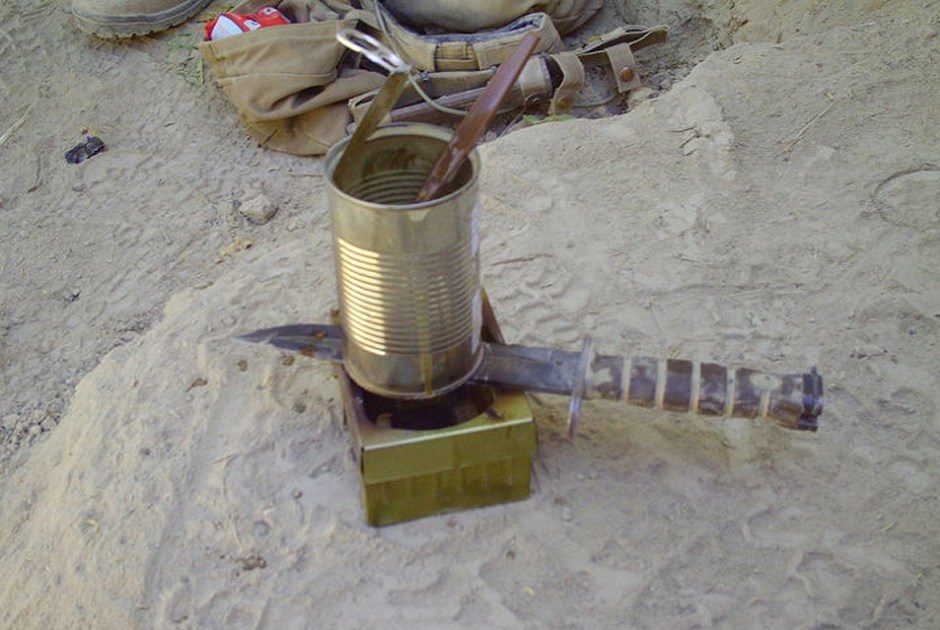 Let’s go back a ways, to when men were men and social justice warriors would have been punched in their sissy anti-American mouths.

Note: some of these pictures were pulled up on an image search and we can’t credit ’em. If one is yours, hit us up and we’ll put your name on it. 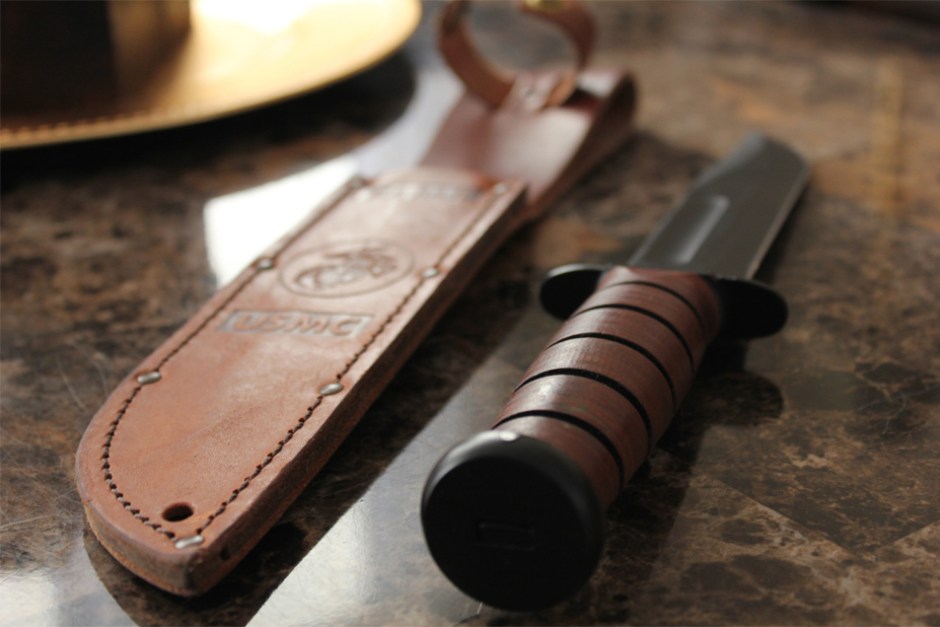 The year was 1897. William McKinley succeeded Grover Cleveland as POTUS, drillers struck oil in Indian Territory (Oklahoma), Dos Equis was brewed in Mexico for the first time, and 38 men gathered in Pennsylvania to form a limited partnership called Tidioute Cutlery Company. The next year they began to sell cutlery, marking the release of the first Ka-Bar knives. Originally founded to manufacture straight razors, the assets of that original company were purchased by a fella named Wallace R. Brown in 1902 and the name was changed to Union Razor Company. It was changed again in 1909 to Union Cutlery Company when they began manufacturing and selling knives. In the 1920’s the Union Cutlery Company trademarked the name “Ka-Bar” and added it to some of their knives. Due to the popularity of those knives and their legacy from World War II, and maybe because “third time’s a charm”, the final name change was to Ka-Bar in 1952. 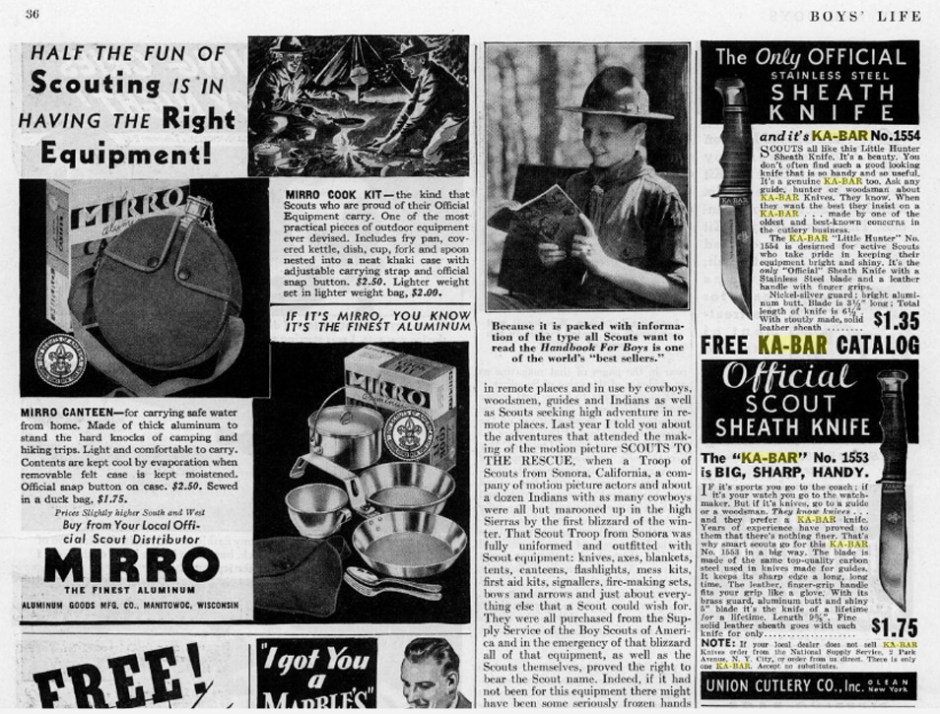 Glad you asked. Well as the story goes, a fur trapper had caught a bear in one of his traps. Apparently, when he tried to shoot it his rifle jammed and the angry wounded animal attacked the fur trapper. Using only his Union Cutlery knife to kill the bear, the trapper sent a letter to Union Cutlery telling of his attack. Despite the letter being smudged they were able to make out, “K*** a b*ar”. In piecing together, the letter, Union Cutlery found their trademark (and most likely a good laugh) and began stamping their knives with Ka-Bar.

Much later, in response to the United States Marine Corps’ need for cheaper knives during WWII, Ka-Bar used alternative metals and submitted the earliest ancestor of the now iconic fighting knife. Soon after, they began working with the Marines to better perfect it. Thus the USMC Mark II was forged. “The KA-BAR is a quintessential part of the Marine Corps and its legacy,” said Sgt. Carlos Ruiz, martial arts instructor trainer at the Camp Geiger Martial Arts Instructor’s Course training facility. “Since World War II, Marines have gone into combative engagements with a KA-BAR at their side. It’s part of who we are.” 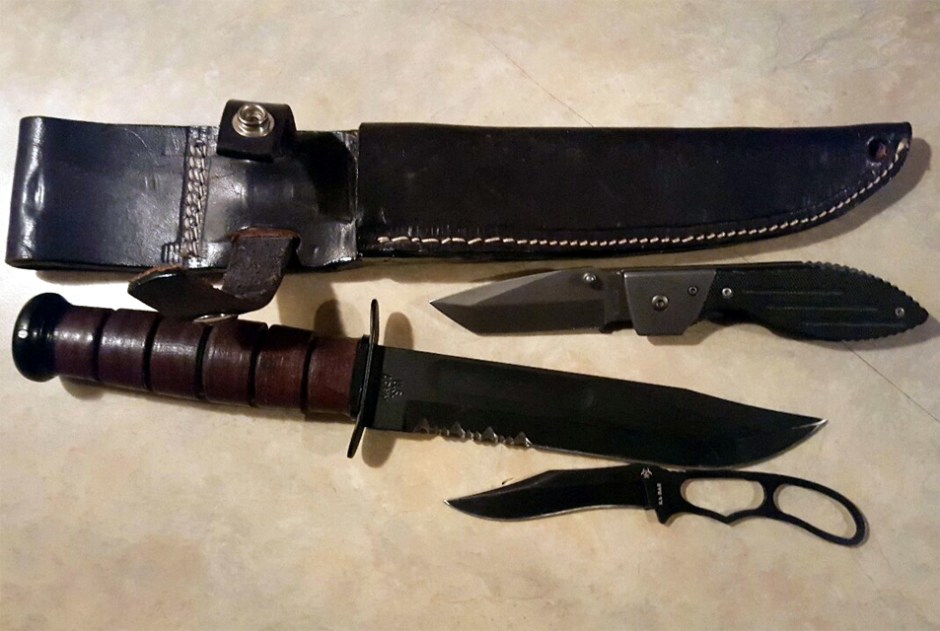 The Ka-Bar Mark II has continued to be a staple knife in the military ever since, being employed in Korea, Vietnam, Somalia, Afghanistan, Iraq and no doubt a number of dirty, stinking shitholes only the guys who were there remember. 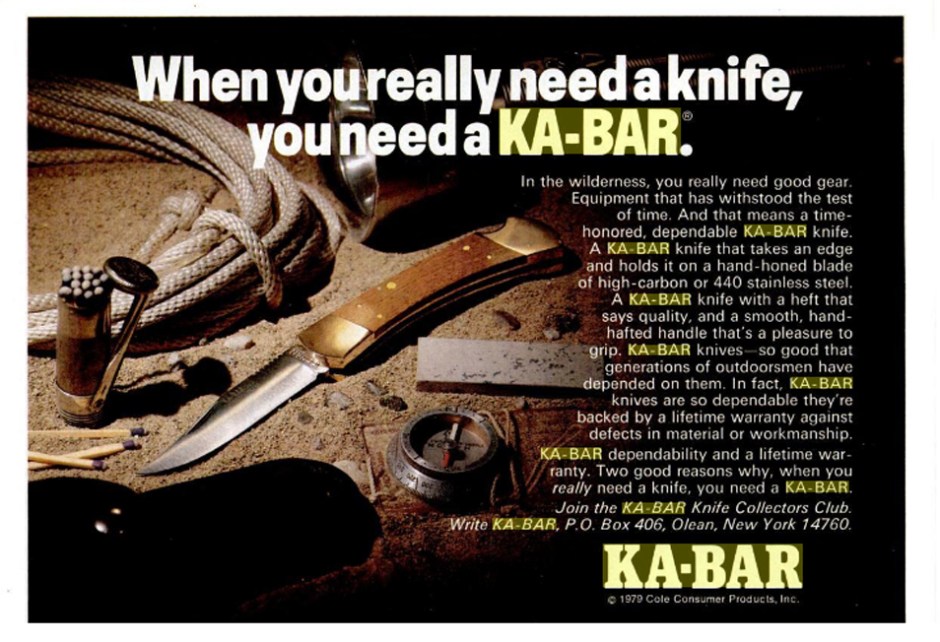 The 60s seemed to be a “midlife crisis” phase for Ka-bar. The company changed hands numerous times before the Cole National Co. of Cleveland, OH took the reigns in ’66. They kept Ka-Bar strong for the next three decades, finally selling Ka-Bar to the Alcas Co. It’s now headquartered back in Oleans, NY.

“I joined the Marine Corps in 2006 and did a combat tour in Iraq and one in Afghanistan. My dad, who was also a Marine, presented me with a traditional KA-BAR just prior to my Iraq deployment, and I have used it for a plethora of tasks since then. My younger brother has since also become a Marine Grunt and is currently in Afghanistan, using the KA-BAR I bought him on a daily basis. When my Marines asked me what tactical knife to attach to their gear, there was never any recommendation other than KA-BAR. I praise God that I was never required to take a life with my blade, but am 100% confident that should the need have arisen, my knife would have been more than up to the task. Thank you, KA-BAR, for creating a product in which so many of us who put our lives on the line can rely on without the slightest of worry. Semper Fidelis.” Cpl Wallace

Not everyone would be as happy they didn’t get to cut a little beard with their Ka-Bar, but the sentiment is clear.

That said, here’s to you, Ka-Bar! We raise a knife to you and happily say HAPPY BIRTHDAY! 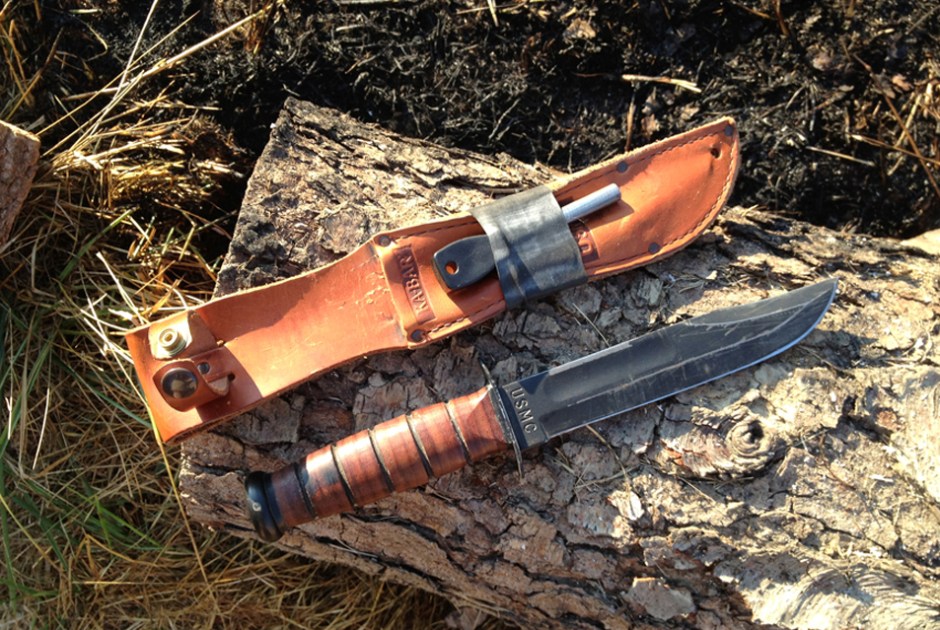 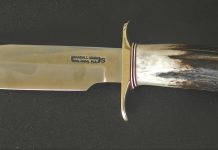