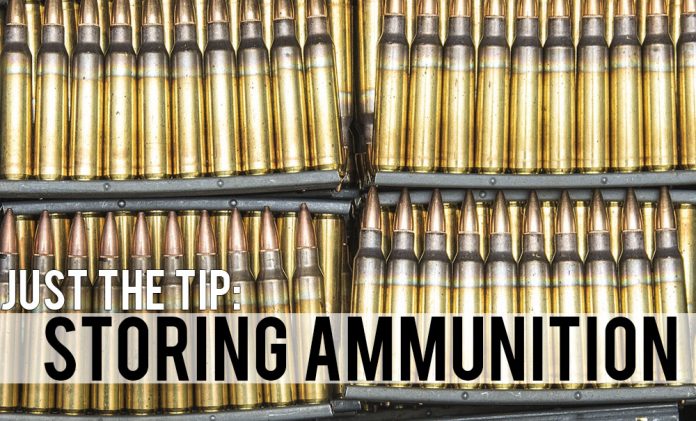 If you only have a few boxes of ammo, storage isn’t really too much of an issue. Firstly, it doesn’t take up too much space, and if you’re like us it’ll probably be spent in short order. Once you start amassing larger quantities of ammunition, especially for longer periods of time, proper storage can become an issue. Storing ammunition sealed in a low-humidity environment is best, and those in Arizona probably have far less to worry about (even with shitbox steel cased ammo) than those in Florida. Dry basements are popular locations, but there are probably just as many closets and gun safes full to the brim. Dehumidifiers and desiccants are your friends.

But even when exposed to the elements, modern military ammunition is quite resilient and correctly stored ammunition can last a literal lifetime. So it’s not just protection we’re looking for, but also the storage footprint itself and accessibility. There are many ways to skin this particular cat, and today we’ll highlight a few preferences of our minions.

Fill Your Magazines
You have magazines, you have to put them someplace–why not fill them with ammo before you do? Unless you have shitty mags keeping them loaded isn’t a real issue. Nothing says lovin’ like a full magazine. 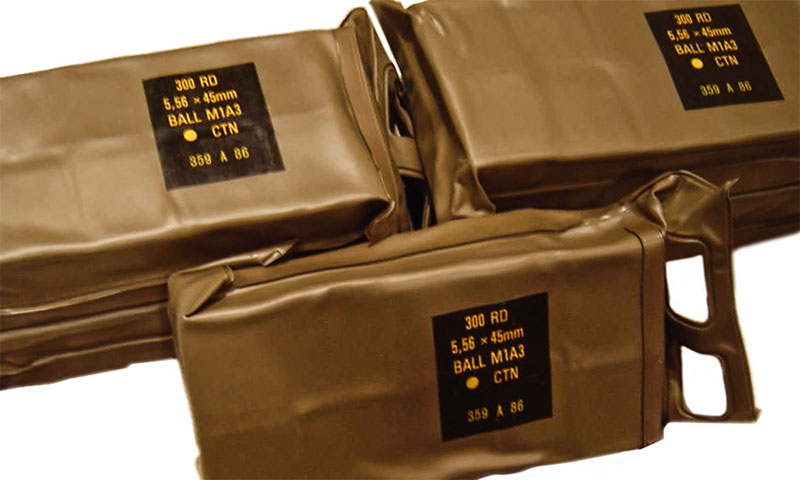 Keep it in Factory Packaging
This one is pretty easy if you’re purchasing by the case or in other bulk quantities. Invariably they’re easy to stack (they ship on pallets, after all) and some manufacturers will have the ammo sealed in plastic. The only real issues come into play when you break down the cases. Years ago when South African ammunition was both inexpensive and plentiful they used to ship in durable plastic “Battle Packs” of smaller quantities (300 cartridges for 5.56 and 140 cartridges for 7.62N) and that issue would be avoided. Still today you can purchase Eastern-Block ammunition in tins, but whatever you do… don’t lose the opener. Better yet is if it comes in a resealable ammo can. 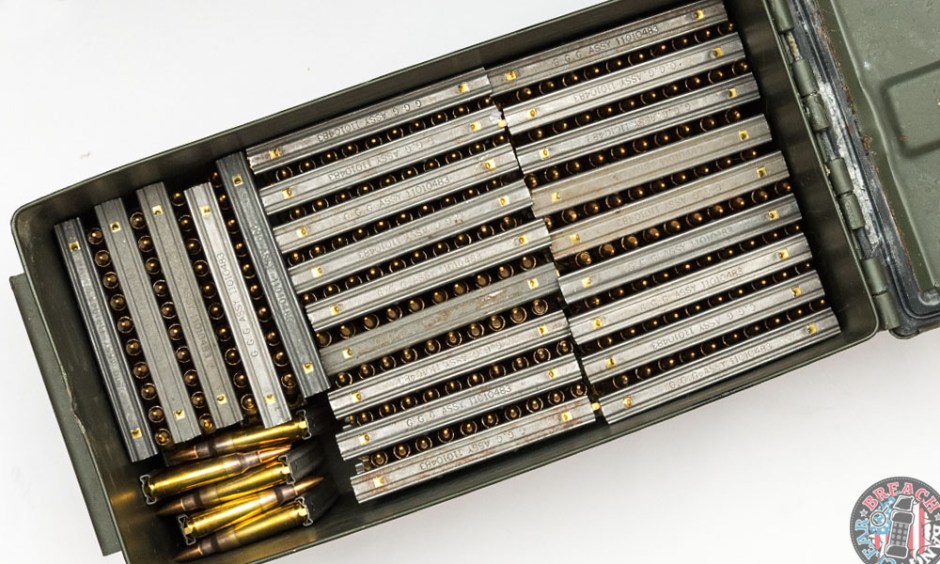 Pack it Yourself
While you can just fill mason jars with rounds, there are more efficient methods. Though just about any airtight container will do, ammo cans are very durable and simple to stack. Buy them on sale and inspect the seals (the one pictured in this article needs to be replaced). Aftermarket maritime options are even better. You can just fill them with factory boxes, loose rounds, or stripper clips. Not keeping the ammunition loose makes it both easier to track inventory and to not have to haul the whole can to the range, however. A standard .50 cal ammo can will hold over 1200 5.56 rounds on strippers and still leave you some space for a desiccant. 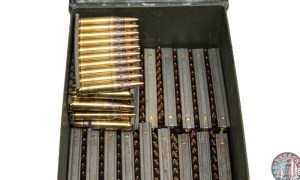 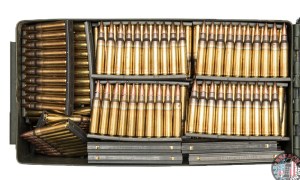 A five gallon bucket from the hardware store can work–but it’s going to be really, really heavy. And the handle can break when you’re hauling it up the stairs. Not that we haven’t tried to repress that memory with copious amounts of bourbon. 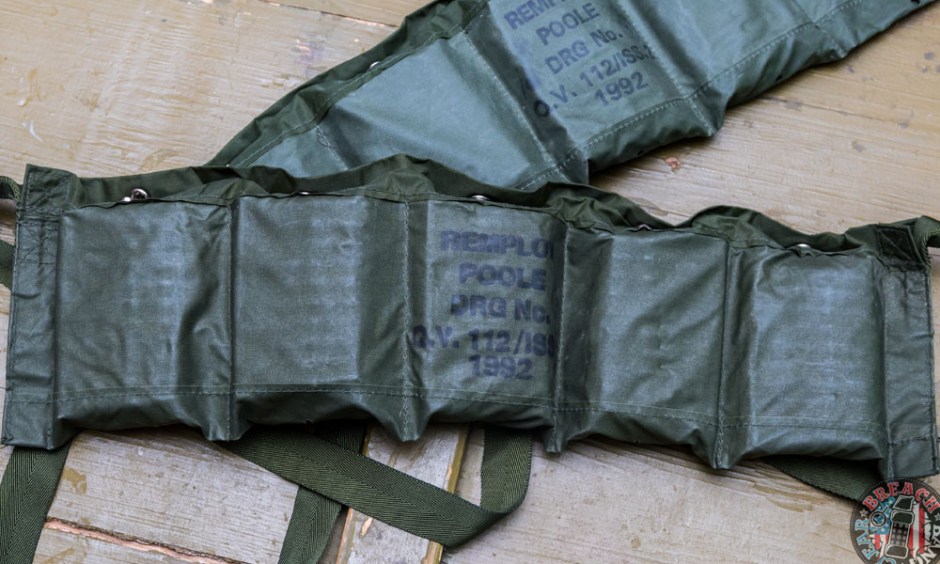 For the Range
At some point you’re presumably going to want to shoot some of your stored ammunition. While an ammo can or two might be perfect for a training class, it can be a bit much to drag out for a more casual event. If you store your magazines loaded, this is a real easy-button. Grey Ghost Gear has a great magazine bandolier perfect for this purpose. Also, it can hold a six pack.

Some of our minions like more traditional bandoliers for these instances. Just grab a few bandos and go. Standard USGI bandos are cheap affairs, constructed of thin material with (30) rounds on stripper clips encased in a cardboard box in each pocket. If you can score some of the British versions, which are far more durable and definitely reusable, you can easily fit (40) rounds into each pocket, without the need for the cardboard. 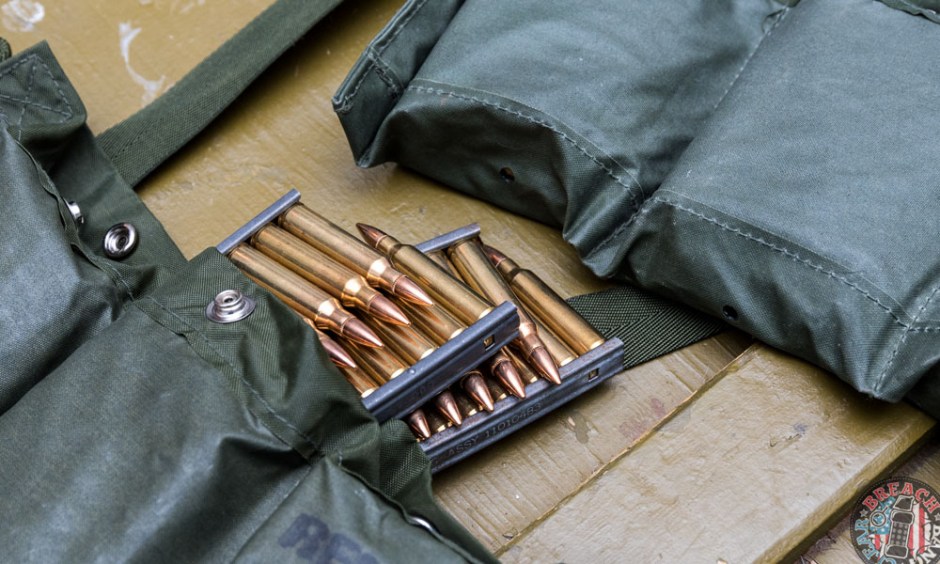 Note: If you do go the route of stripper clips, the purchase of a StripLULA is highly recommended.

Chime in with your favorite storage method.