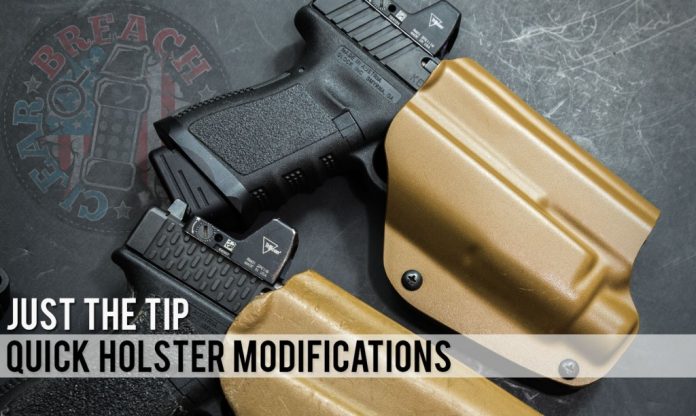 That box of old holsters–you know the one I’m talking about. You’ve either upgraded, changed guns (or weapon lights), or something about them just wasn’t quite right. Those unused holsters are potentially too useful or expensive to throw away, but not necessarily good enough to have on your hip. Today’s Just The Tip is about breathing some new life into those old dogs, and maybe making some mods for your current carries.

First, I think it should be mentioned that starting out with a high quality holster (like an RCS), specifically designed for your pistol configuration and anticipated use, will save you a lot of headache. But you don’t have a crystal ball so you can’t always ‘future proof’ your rigs. For example, my current preference for pistol WMLs (Weapon Mounted Lights) are manufactured by Surefire, but I used to use Streamlight. Something that prevented me from making the switch earlier was the dreaded, “I’ve already spent hundreds of dollars on holsters….” But as you’ll see it doesn’t always matter.

Let’s go through some potential mods.

This is one of the easiest to perform, and usually the hardest part is simply finding the additional hardware. Whenever you get a new holster that comes with extra hardware, I recommend setting it aside for a rainy day. I have a big box full of soft loops,  clips, screws, mounts and assorted other bits and pieces for this exact purpose. Though Safariland would no doubt prefer you only use Safariland attachments, and the same could be said for Bladetech with Bladetech, you don’t necessarily live with the same limitations. With a cordless drill and a little patience, about anything can go on anything.

Here’s something I use regularly: It’s a Tek-Lok with a DOH (Drop and Offset) hanger with a Safariland QLS attached. I use the QLS system to swap holsters between different rigs and to rapidly change out holsters on the same rig without having to take everything apart. It took some hole widening and a little drilling, but it works. 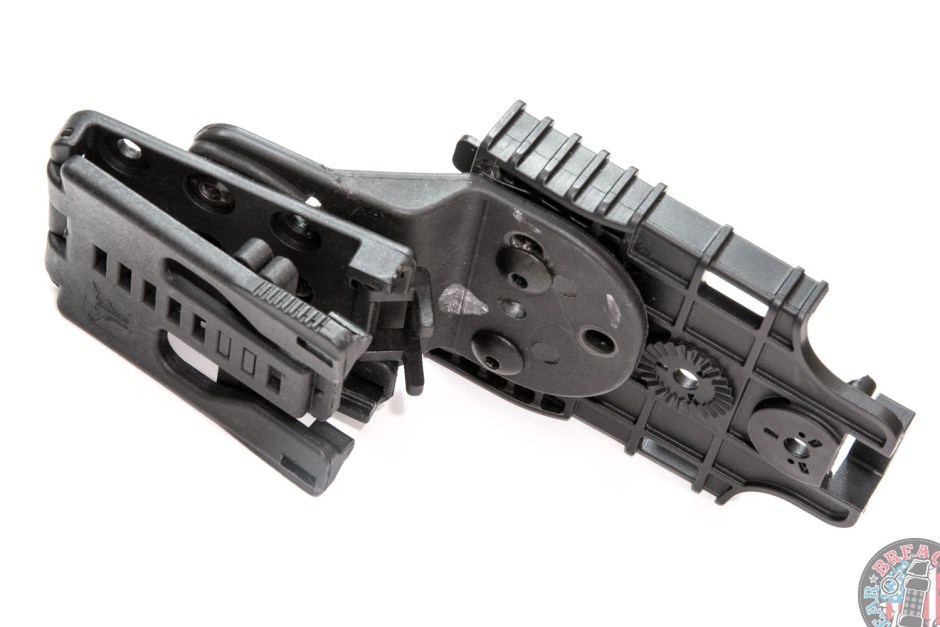 I’ve managed to mount the QLS plates on a variety of different holsters not originally intended for it as well. 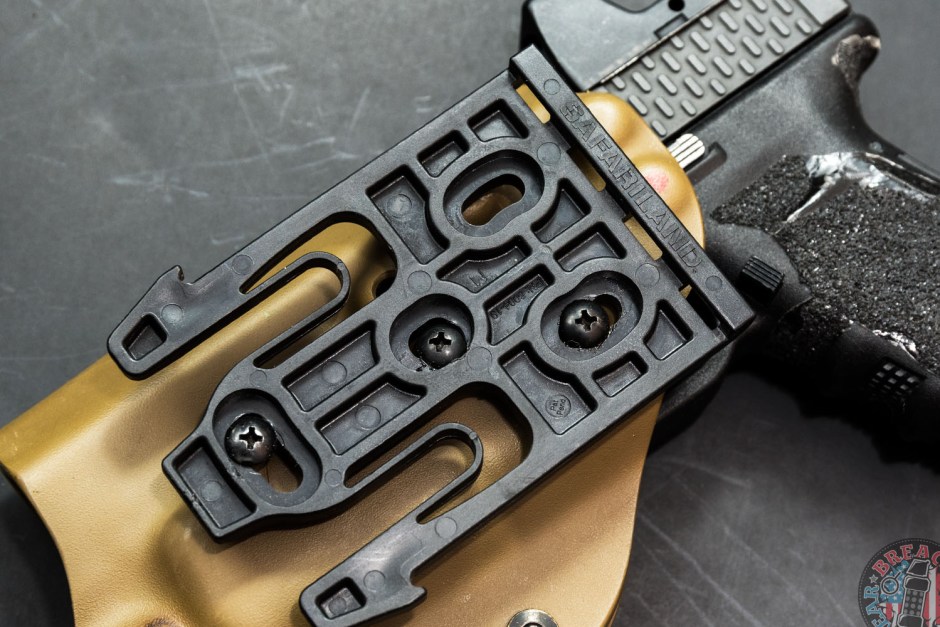 Similarly, this IWB holster originally shipped with a Pull-the-DOT soft loop. And the part that always stuck out? The soft loop. A couple of new holes in a different clip, hardware swap, and no more printing of the loop. 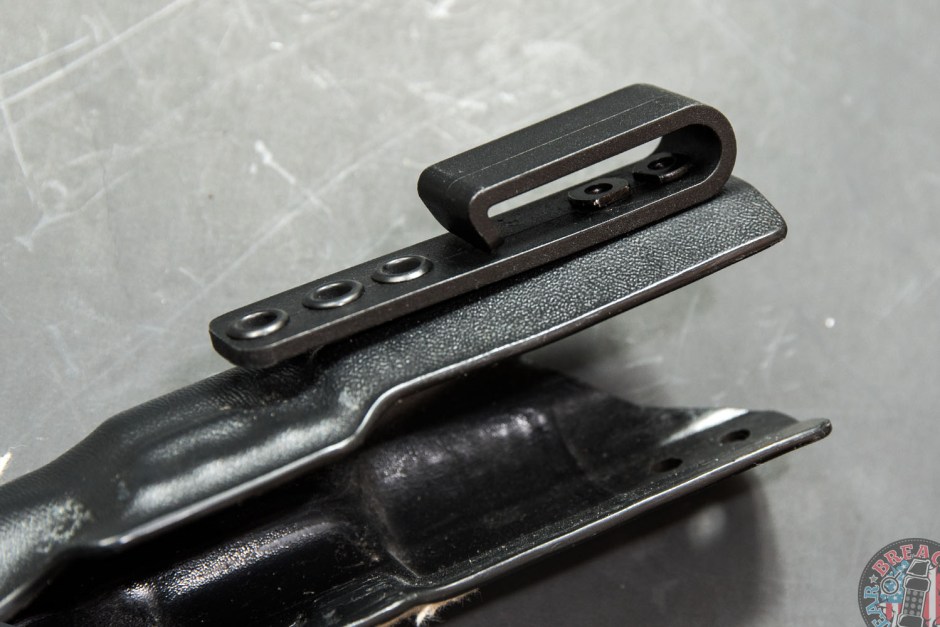 As always, use proper torque and a thread locking compound of some type. 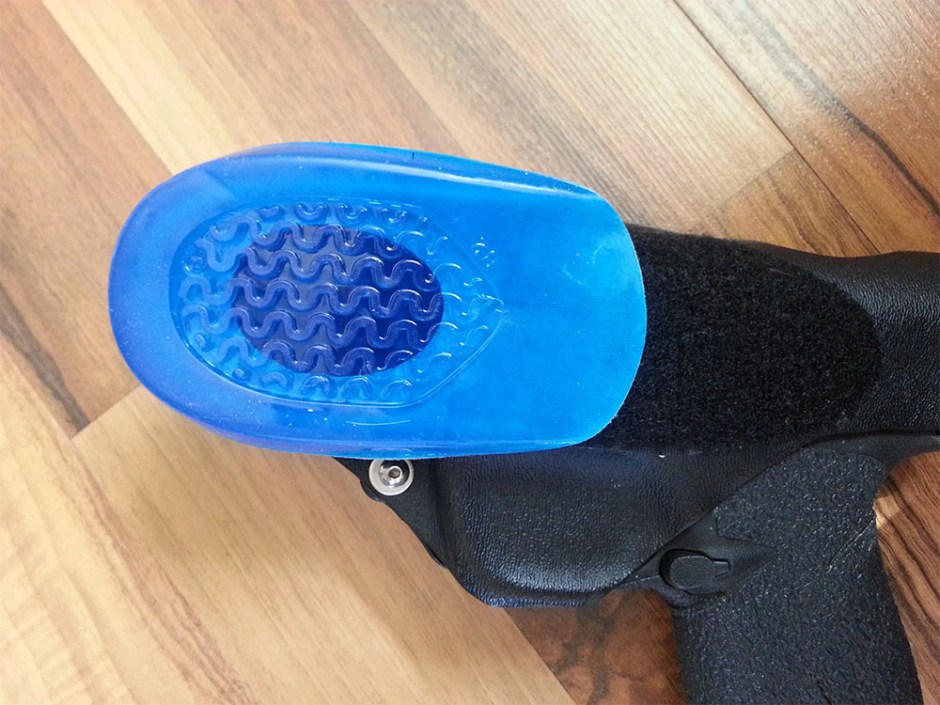 A couple layers of adhesive moleskin is something else to try for any hot spots you get from appendix carry. 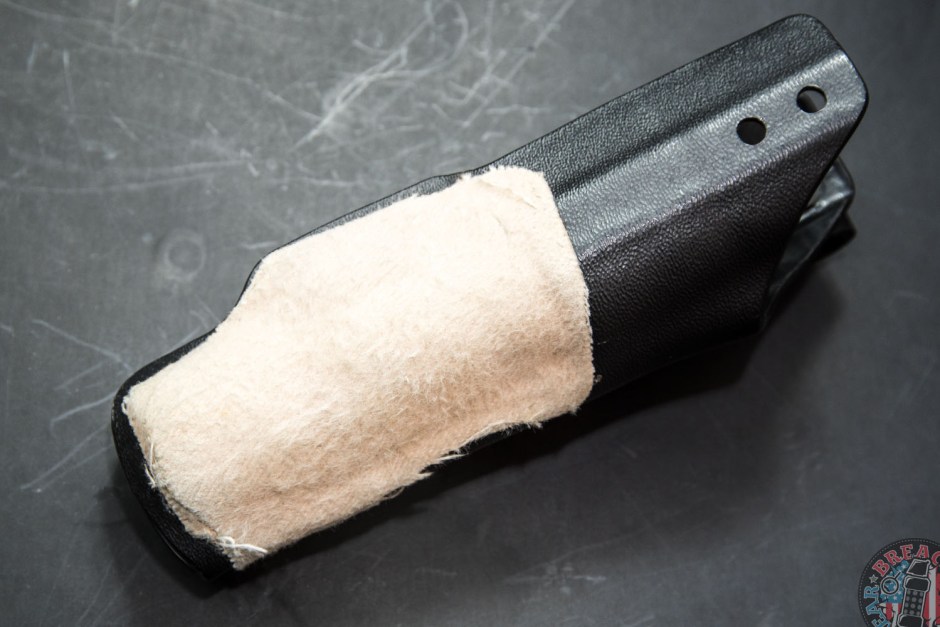 A couple years ago I was on the range and my magazine kept inexplicably falling out of my pistol. My immediate assumption was that I was dicking something up (always a fair bet). It turned out my new holster would sometimes hit my extended magazine release when I got into unconventional positions. No bueno, but the range is the exact place you want to discover something like that. Once the problem was identified, on a spot I carved a relief with a knife. Problem solved.

More recently when I switched to more extensive red dot use, I found that not all of my holsters played well with them. Sure, with the increase in popularity of the red dot came more RDS-compatible holsters, but many existing holsters can be modified. You can see where I took a chop out of this one. 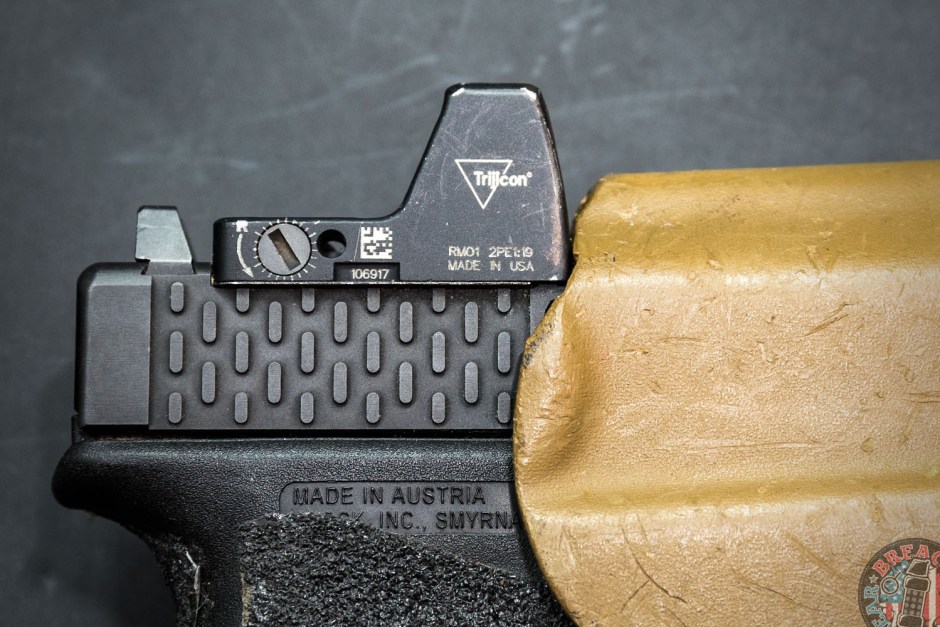 Many people like a sweat guard on a holster, but I am not one of them. A dremel tool (a sanding drum works well for this but you can also use a cutoff wheel) can take care of that issue. Other options include reducing the length of a sweat guard or cutting a larger thumb notch out of it. Go slow, remember that taking away material is far simpler than adding it. 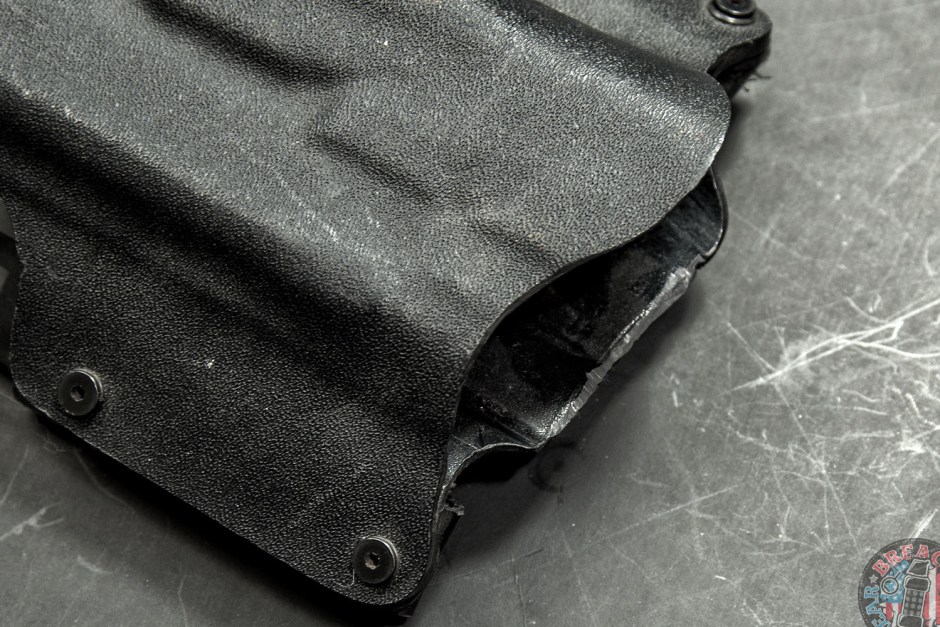 Not all holsters have a manual tension adjustment, and if your gun doesn’t fit perfectly even after extended use you still have options. Before you do anything else I’d first recommend that you contact the manufacturer, but you might consider a slight re-molding. When the alternative is buying a replacement anyway, perhaps it’s worth a shot. For polymer holsters this means heating it up to make it pliable, and re-fitting. Heat guns are a favorite choice, though another minion with more patience than I has used a hair dryer in the past. I may or may not have set something on fire in an oven before, I cannot confirm nor deny, so take some basic precautions. There are dozens of videos on Youtube outlying the exact procedures. 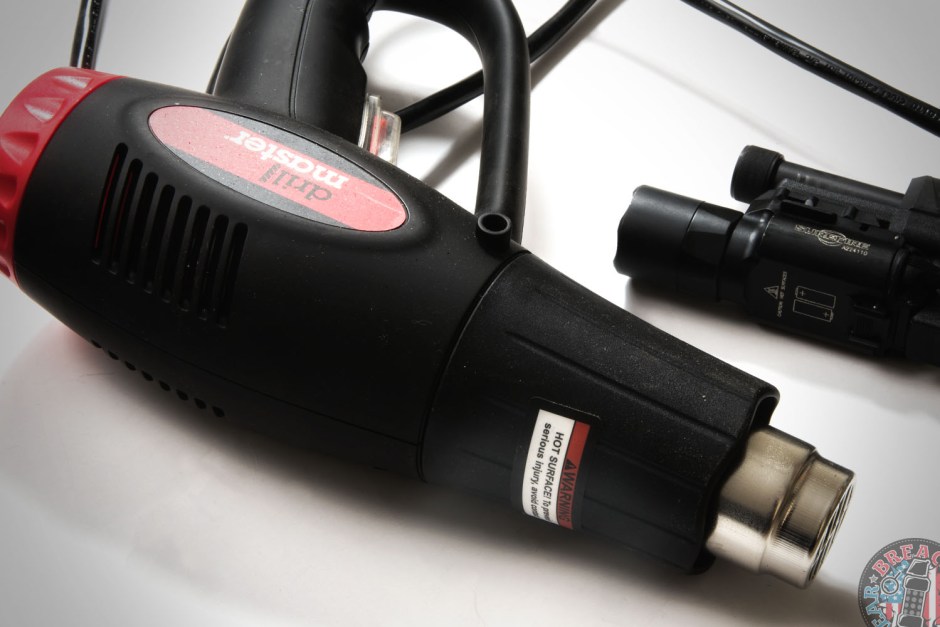 Of course this just isn’t about polymer holsters; you have some options with leather too. Leather eventually molds around the gun and your body but in the interim period a too-tight leather holster may be almost unusable. 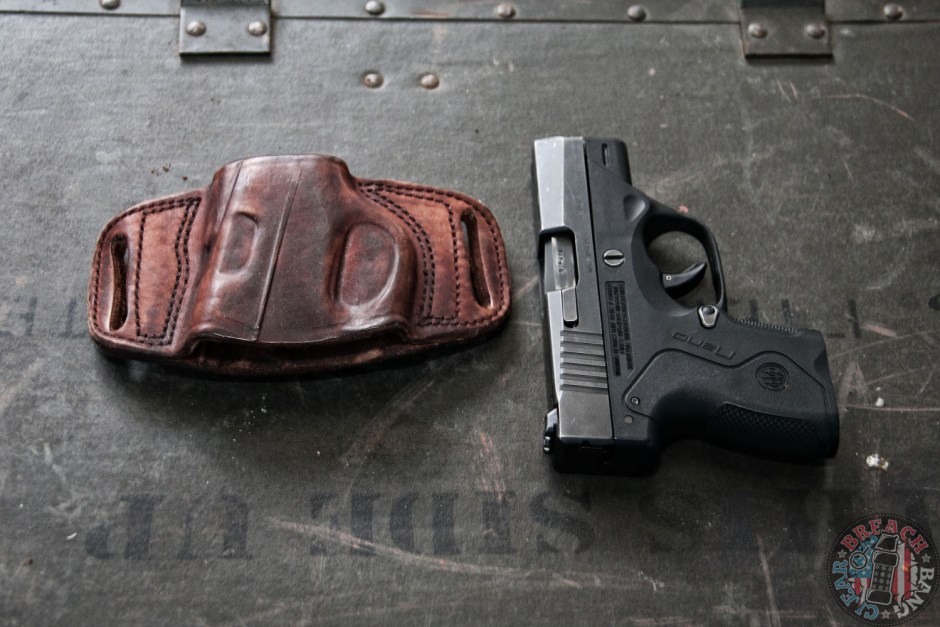 One painless method to stretch out a leather holster is to first wrap your pistol in a plastic grocery bag, and then insert it into the holster overnight. It won’t stretch too much and it doesn’t involve soaking anything or special creams or treatments. It should go without saying that I had to contact Hernandez for photos of a leather holster–I think he had that Beretta Nano back when he fought in the Frozen Chosin. 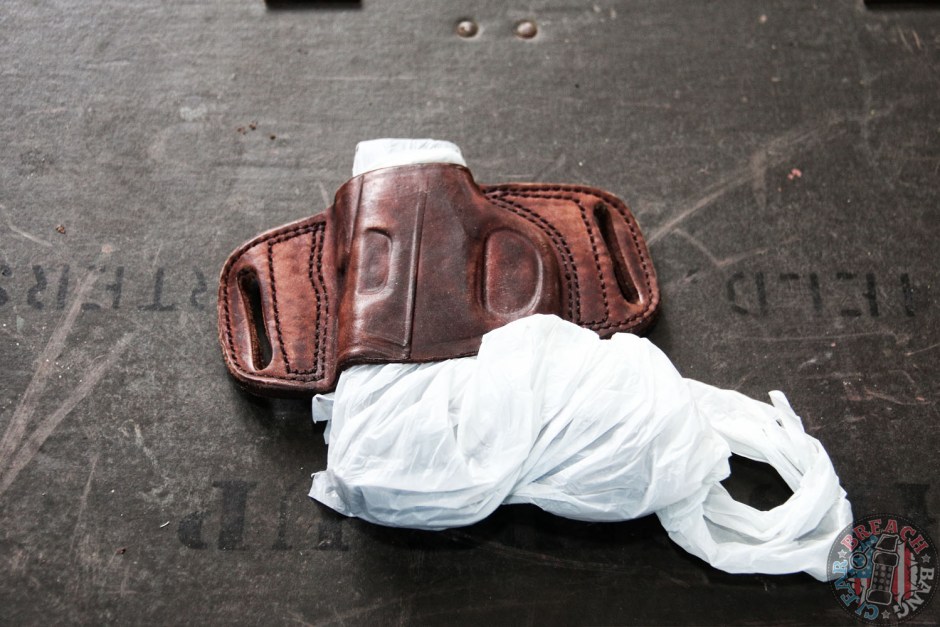 Oh about that WML Problem…

Regarding my original unease about swapping from TLR-1’s to X300U’s? It turns out that many holsters made for TLR’s will outright fit X300U’s, but with some caveats. Tension may have to be a wee tighter, depending on the retention system the holster uses. Additionally, since the X300U is longer, you may have too much trigger exposed when using one. See below (TLR-1 on left, X300U on right): 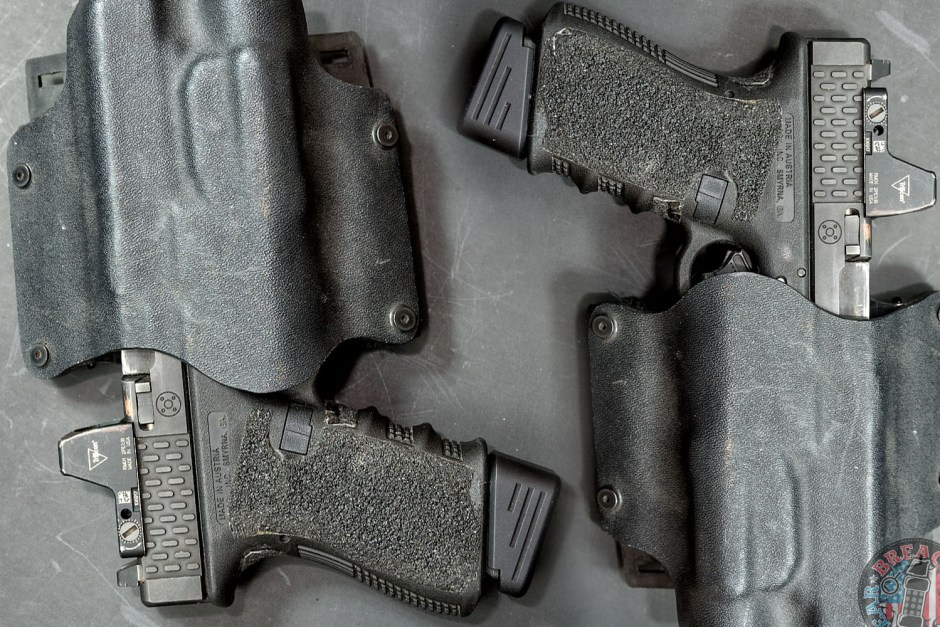 Those cautions stated, a goodly number of my holsters originally designed for TLR’s offered no insurmountable issues.

As mentioned in the beginning, a new holster in a suitable configuration is almost always your best option–but not your only option. And they all beat using a sock as a holster.