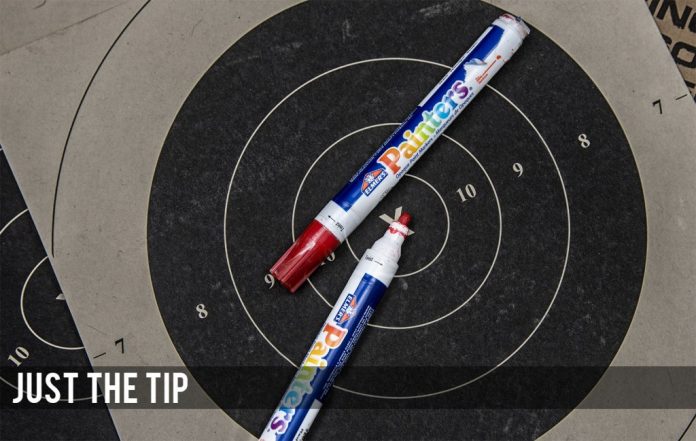 Paint pens are cheap and I like to keep them in both my range bag and on my workbench. While they make for a terrible bludgeon or other fighting implement, they are really really good at one thing: marking. I prefer a paint pen over a permanent marker not only because of the myriad of surfaces paint adheres to, but also because they can provide good contrast on darker backgrounds. So what do I mark?

On the range I can use them to easily annotate targets, whether they’re made out of paper, cardboard, or otherwise. I might want to mark the distance and caliber of a group for future reference. Perhaps I want to create a high contrast zeroing point. Or maybe I’ve simply run out of pasters and want to mark holes as ‘shot’. Regardless, on any sufficiently long range session I might come across a reason to use one.

I mark magazines with paint pens. This is done both to better identify my magazines, especially important during a class with a lot of shooters on the line, and also for problem mag ID. If one particular magazine has given me an issue, if I don’t want to just crush it and toss it (or throw it downrange and shoot it, my preference). Clearly marking it as ‘training’ or ‘bad’ as soon as possible is paramount so it doesn’t circulate back into your gear. One of the reasons you may choose to keep it instead of chunk it is so you have a little pile of magazines that will gift malfunctions for training purposes without having to set them up yourself.

Magpul mags have their own little special grid system specifically laid out for marking. 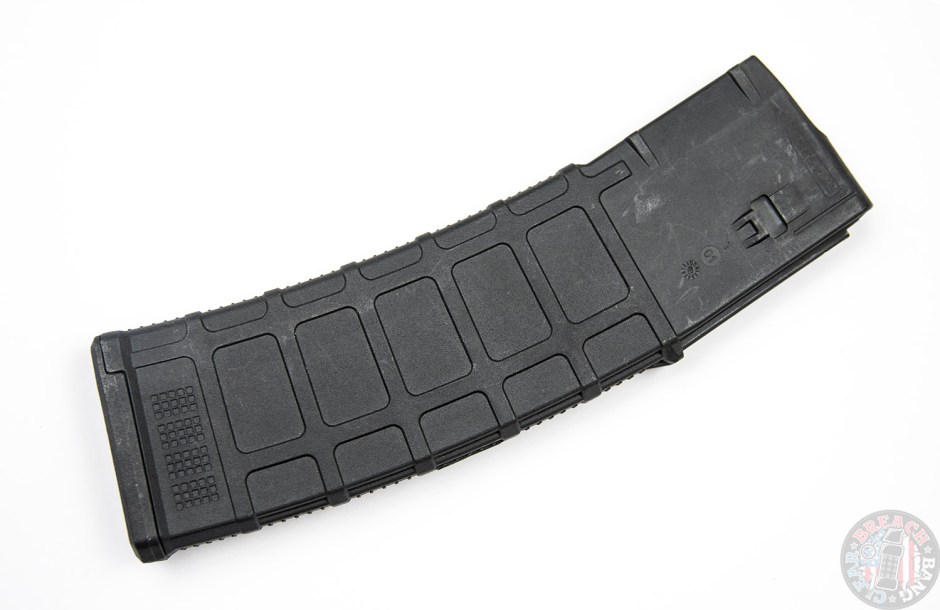 Several years ago I obtained a couple dozen of those cheapass KCI Korean mags. They aren’t fantastic, to say the least. In order to ensure they never made their way into the
“good” pile, I went a little overboard. Base pads painted all red, bodies clearly marked. 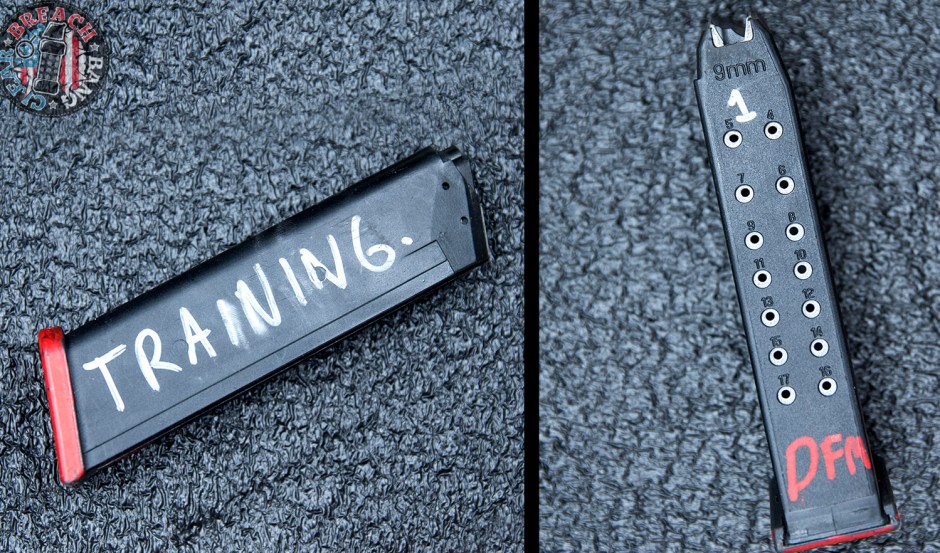 This isn’t to say that some of your gear won’t grow legs if it’s properly marked, but an honest person will know where to return a piece of loose gear. I guess it’s a bonus for someone dishonest as well, as they’ll know exactly who they obtained it from. I misplaced a shot clock during a match and it was actually returned to me (albeit almost a year later when I was back in the area) solely due to my paint pen marking. I use it on earpro, the aforementioned shot clocks, and about everything else.

Our first Just the Tip by Matt Jacques mentions battery marking, and of course you can also use a paint pen for that. 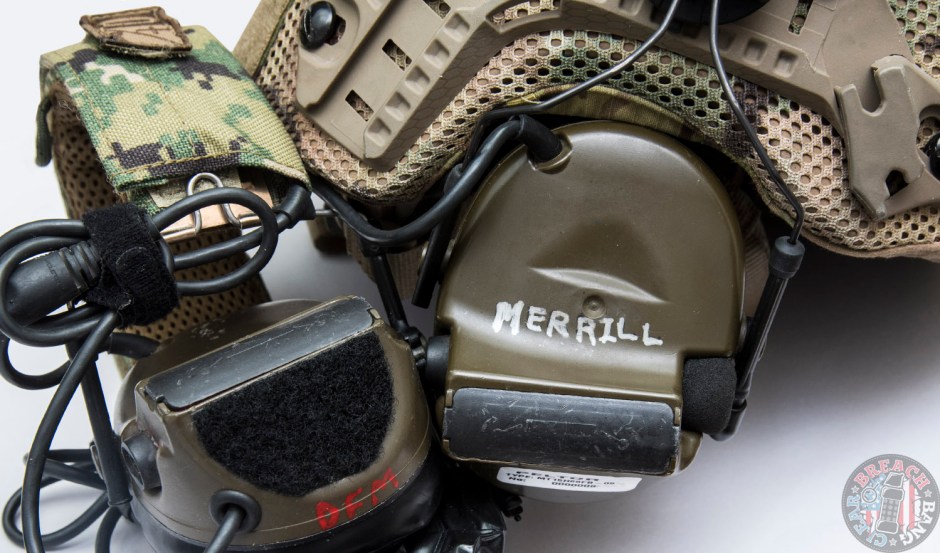 For long guns I use paint pens for witness marking. For irons I mark them after zeroing for a quick and easy reference. Yes, with the Daniel Defense A1.5’s it’s likely a little overkill, but anything worth doing is worth overdoing. 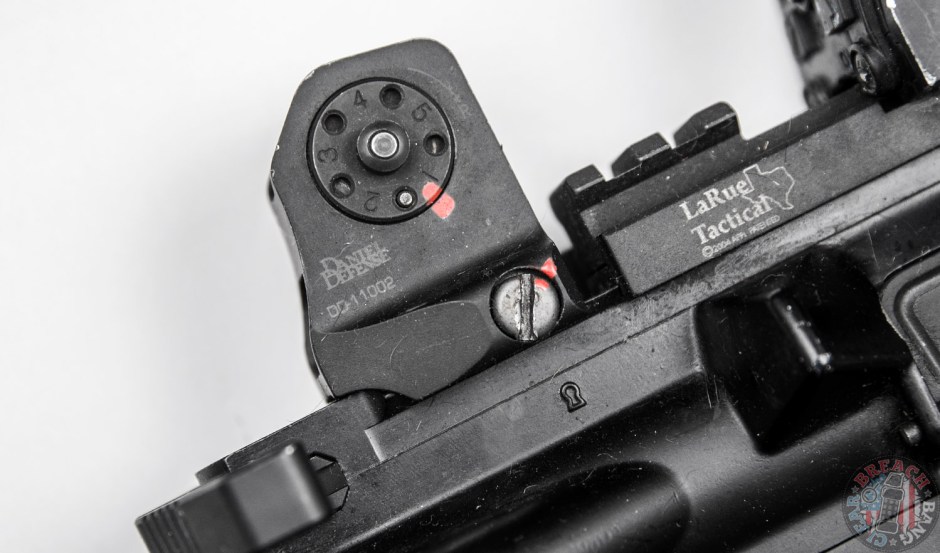 You may also note that I marked the screw. Even if proper torque and loctite are used, both of which I recommend, screws can still come loose. Vibrations, thermal cycling (especially of dissimilar materials), and the general bumps, scrapes, and bruises a well-used rifle obtains along the way all fight against you. A quick witness mark allows for a visual inspection of these points, hopefully allowing you to catch a potential issue before it turns into a larger one. It’s embarrassing when a handguard comes off while you’re shooting. 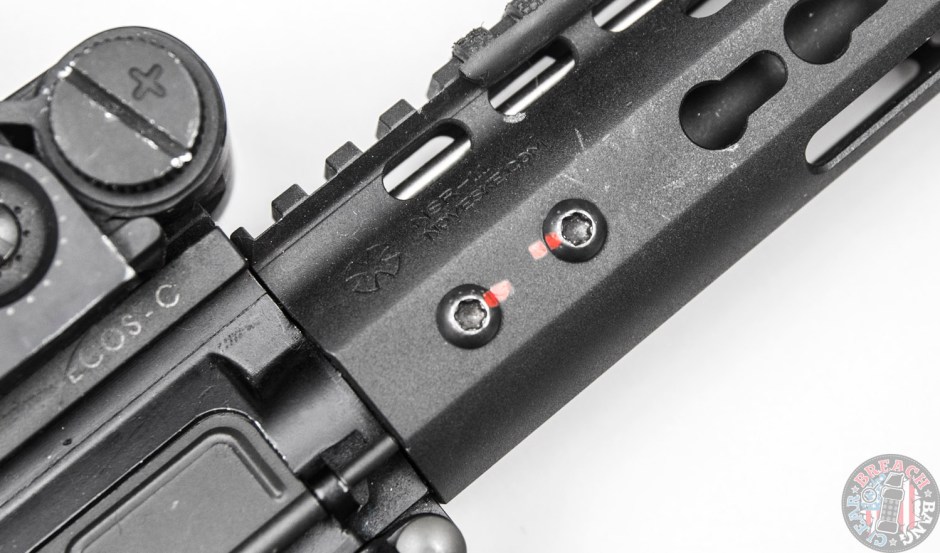 Of course, once you re-zero or re-install a part that old mark has to be removed. Some acetone or other solvent like a bore cleaner makes fast work of a paint pen.

No, not on bathroom stalls (though we have it on good authority Wagner does love the cock). Maybe a friend leaves a mag out, and maybe you’re in the mood. Whatever. 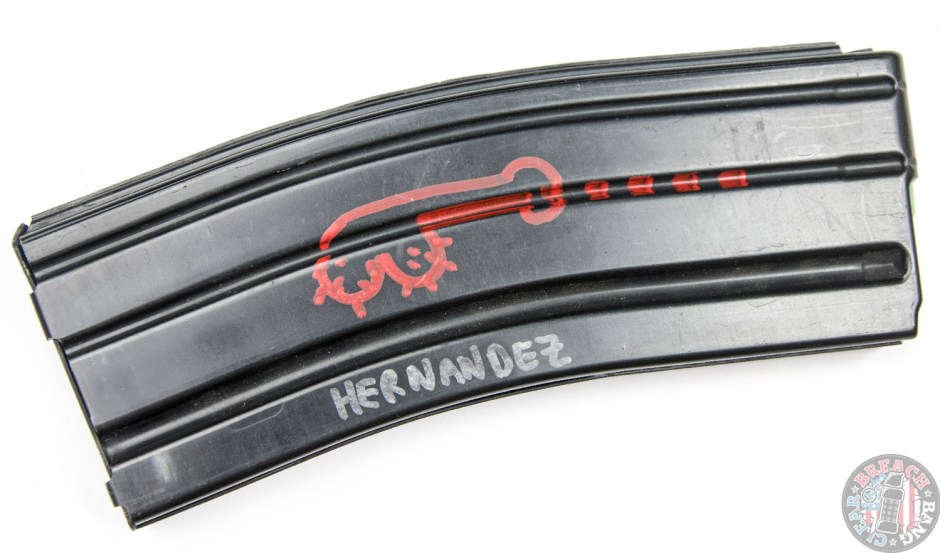