We wish we could say that we haven’t lain awake late at night mentally troubleshooting a problem with a weapon. But we have. Not even the skilled acting ability of Sasha Grey can bring our minds off of a constantly malfunctioning firearm for more than an hour or two. So what does one do?

Contact the Manufacturer
If you have a complete factory weapon and that company is still in business, strongly consider shooting them a phone call before you go nuts with an angle grinder or other such foolishness. Your issue may indeed just be a manufacturing or assembly flaw.

Just like how that large breasted blonde bombshell may in reality be a 40 year old slob in his mom’s basement, so can that master gunsmith turn out to be a 14 year old veteran of no more than Call of Duty. For every solid piece of advice we see, inevitably there are exponentially more terrible ones. But even if you find a credible and vetted armorer, who is going to give you advice for free, it’s still not gravy. Quite often a problem that can be quickly and easily diagnosed in person and on the range ends up taking hours or days to properly identify electronically, if ever. You may not be describing the problem properly, or you could be missing something that would be obvious to expert eyes. Clear photos and videos can help tremendously but they’re hardly a panacea.

Isolate Variables
See if your issue resolves itself when using quality ammunition and new magazines. It could just be that a magazine has shit the bed; the best rifle in the world won’t eat from a bad magazines. If you find your rifle only runs properly on premium, now it’s a known quantity, which is significantly better than just wishing in one hand while pulling a trigger with another.

Unless you’re creating an entirely new design from scratch, chances are thousands of people around the world have the exact same firearm that you have. Go through your own collection or those of a trusted friend and find a known, well-running example. Head to the range with both firearms, and swap out one part at a time. This doesn’t mean that you should be changing members like an 80’s hair band–if the problem persists after a given part is swapped out, put the original part back in before replacing another. Granted, this can be very time consuming, and it certainly isn’t fool-proof, but it might help you isolate your issue. For the non-AR’s out there, be careful to not swap out bolts and other items that may cause dangerous headspace issues.

Know Your Limits…
…both in tools and in knowledge. If you’ve identified a problem part and a solution via swapping–great, now go get a new one. If it’s not a part that’s easily changed, time to visit an actual gunsmith. Yes, we know you’ve been avoiding it. Admitting that you’re over your head and seeking expertise is better than exacerbating the problem by trying to fix it yourself. We can change our own oil and rotate our tires, but we won’t be rebuilding an engine anytime soon–same idea.

Add an Ounce of Prevention
Bubba has always caused more problems than solutions, and people putting together FrankenGun homebrews by just following a Youtube video or PDF assembly page only have a slightly better batting average. While modern manufacturing has allowed for a greater level of consistency regarding the aftermarket, not all parts that are supposed to play well together always do. It’s no coincidence that guns put together using “custom” parts from a dozen different manufacturers gift the most problems. If you decide to travel down this path, our suggestion is to do your best to isolate and limit potential problems by replacing one part at a time and testing when you’re customizing/upgrading your firearm. And remember to not build a shitbox. 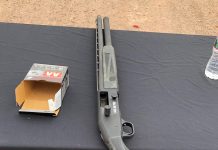