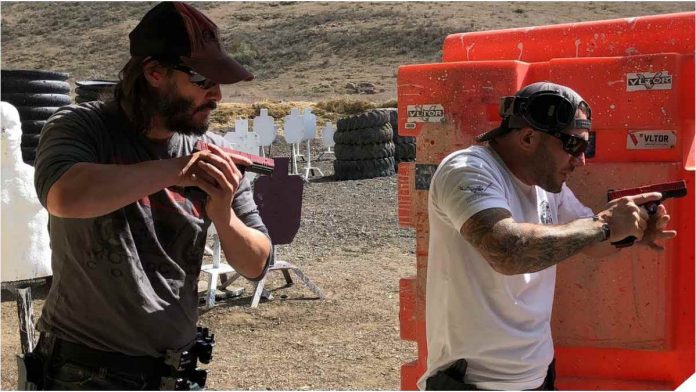 Keanu Reeves shows he really does his homework to bring some realism to his on-screen performance as master assassin John Wick. No slouch when it comes to weapons manipulation in past films in the franchise, Reeves has been hitting the range hard at Taran Tactical with former U.S. Navy SEAL and CIA contractor Shawn Ryan of Vigilance Elite to knock the rust off prior to the third installment in the series.

The above almost 20-minute clip, with Taran Butler and crew making steady cameos, shows Ryan holding class on shooting and moving with a carbine, and is well worth the time.

In the shorter clip, below, Ryan switches to handgun work.