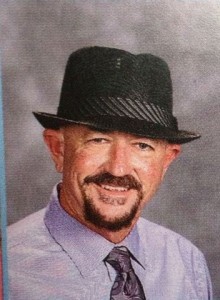 Vice Principal Kent Williams was arrested at his junior high school for carrying a legal concealed weapon. However, he is in hot water with the district’s administration for violating their weapon’s policy. (Photo: ABC23)

Police in Bakersfield, California, arrested then quickly released a junior high school vice principal and concealed carry permit holder for having a firearm on school property.

According to a statement from the police department, a Bakersfield police school resource officer at Tevis Junior High took Kent Williams, 51, into custody after it was reported the school employee had a firearm concealed in his backpack. Williams, who has a valid concealed carry permit issued by Kern County, had his firearm seized and was booked through the Kern County Jail. Further, he was placed on administrative leave by the school district.

Authorities may have jumped the gun on placing the cuffs on the educator.

“After further review of the California Gun Free Zone Act and consultation with the Kern County District Attorney’s Office the Bakersfield Police Department has determined that it does not appear to be a violation of the Act for a holder of a valid concealed weapons permit to possess a firearm on a school campus,” Sgt. Joe Grub told ABC23 later Thursday afternoon.

While possession of a gun within 1000 feet of a school in the state is generally illegal, there are exemptions for law enforcement and concealed carry holders. According to a reference on the Gun Free Zone Act maintained by the Calguns Foundation, a California-issued concealed carry permit “allows permit holders to legally carry their listed handguns on both K-12 and college/university properties and campuses.”

The gun rights group is quick to point out that while it may be legal, it does not protect a student or employee from “administrative or job disciplinary action if the school prohibits carry for those groups.”

Williams was held for about six hours then released. Still on administrative leave by the district for violating their firearms policy, both students and parents are already rallying to his side.

Nathalia Martin, an eighth-grader at Tevis, told the Bakersfield Californian that Williams is a popular staffer and she doesn’t think arresting him was right.

Martin’s father, however, voiced the opinion that there was no reason to bring guns to school while other parents told media that they felt safer having an armed and trained administrator on campus.

In 1997, an assistant principal at a Mississippi high school armed with a Colt 1911 .45 auto retrieved from his vehicle confronted and stopped a school shooter in progress.

Williams, who has been vice principal at Tevis since 2010, was the subject of a 12:30 p.m. robocall from the district to all parents advising them of the incident which occurred earlier that morning. His arrest and removal from campus, according to reports, did not cause any disruption in school activities.

This is not the first time that school officials have run afoul of the law over perceived gun issues. Earlier this month a New York teacher and concealed carry holder made headlines when it was revealed that she was arrested while escorting a group of students to the Statue of Liberty with a .38 revolver in her purse. Last week a faculty member at California State University San Marcos was surrounded by a SWAT team while carrying an umbrella that was mistaken for a gun.

While the Kern County District Attorney’s Office will continue to look over the case of Vice Principal Williams, police advise that the likelihood of any charges being filed is low.