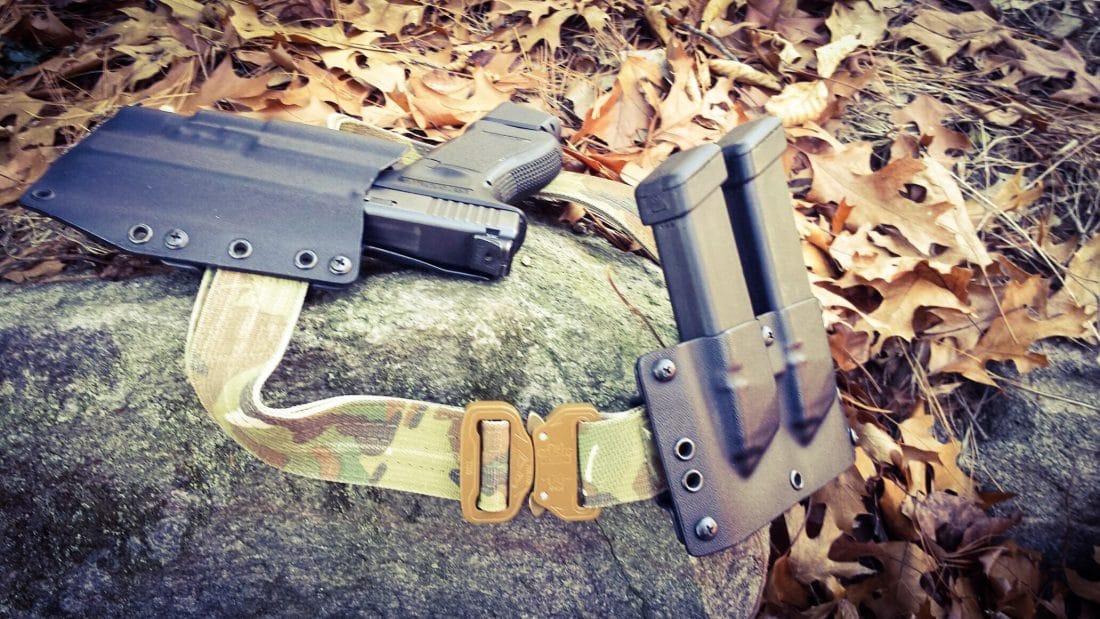 A belt seems pretty simple. It seems like something that mankind has dealt with since moving from loin cloths to trousers. Now with the amount of people who have a CPL a belt maybe the most important part of the equation.

I have been carrying a firearm since around 2003, and in that time I have learned the importance of a good belt. For the majority of the time I wore an instructor’s belt from one of the original and largest makers of that type of belt. The belt did its job admirably, held up my pants and allowed me to carry a full size firearm, a magazine, and some other goodies. One thing about the belt, it was unforgiving. It was 1.75” thick and had a polymer liner to add stiffness to it. But after long days carrying that weight on that belt my hips and back often had battle scars from the day. Not to mention I was fighting with the tightness of the belt all day.

Enter the Jones Tactical Cobra Belt; at first glance it’s just a belt. As a matter of fact when I pulled it from the box I was unimpressed. Sure the build quality and quality of materials was evident, but the belt, felt flimsy. No way this can hold up to my daily load out plus keep my pants up. Well; I was wrong, the Jones Tactical unit does a great job of keeping my daily carry items concealed as well as keeping my pants where I want them. As I type this I am wearing the Jones Tactical Belt with a Glock 34 in a Kydex holster. The Glock is equipped with a Surefire x300 and a Taran Tactical +6 aluminum base pad. Opposite the Glock I have 2 Glock magazines in a kydex holster with +4’s on them. This gives me a total of 65 rounds on my belt with nary a tug or twinge of discomfort. 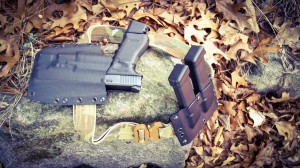 One common complaint I hear about the Cobra style belts is that they are more difficult to take off. Well for me this is not a huge deal, I’m not a stripper so the two times a day I have to deal with removing the buckle to thread the belt through the loops on my pants is not a big deal. On the flip side the way the belt secures with the end that is ran through the buckle prevents having to adjust the tension each time you get up or bend over. The belt stays at the tension you set it at, and I’m able to thread the extra length through my holster to help it secured.

Another positive attribute to the Jones Tactical Cobra belt is the relatively low profile of the buckle itself. I am able to go from wearing it as a pants belt to a under belt as needed. What this means for me is when I go from a plain clothes role to warrant service at work I am able to simply remove my holster and put my duty belt on over the Jones Tactical belt. The Velcro on the outside of the jones belt also serves to help secure my duty rig and prevent the load from shifting.

In closing the belt is very comfortable, and well made. I used to live by the logic that carrying a gun should be “comforting not comfortable”; who would have guessed it could be both with the proper gear. Plus I got mine in multi- cam which I’m sure gives me 50+ cool guy points.