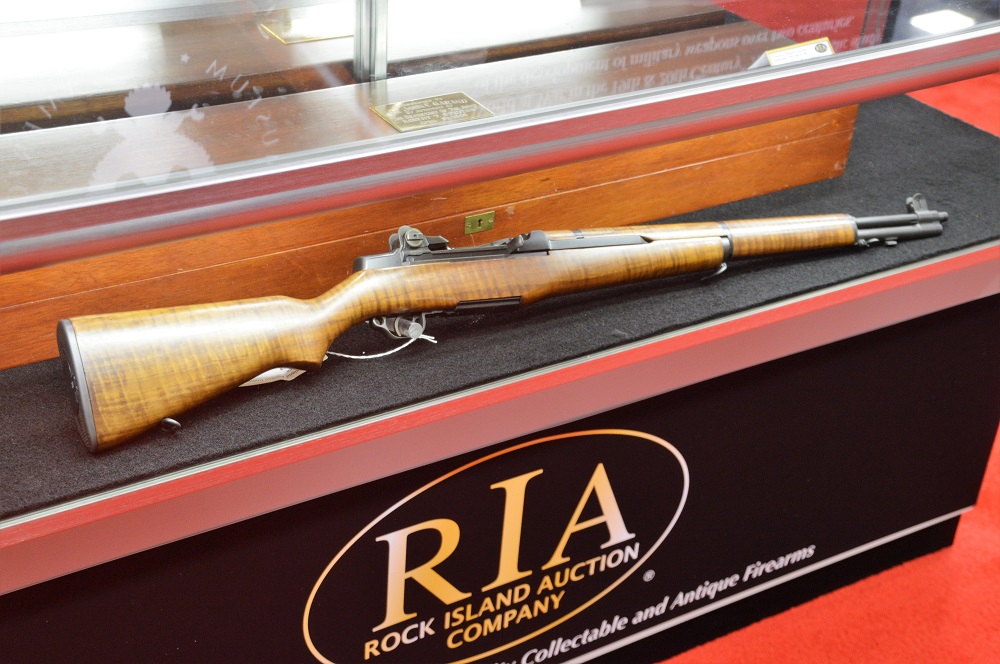 Guns.com caught up with the iconic 8-shot battle rifle earlier this year in Dallas, and it was truly inspiring. (Photo: Chris Eger/Guns.com)

The historic 1-millionth M1 Garand, presented to the inventor by Springfield Armory on his retirement, went for a staggering sum at auction last week.

Rock Island Auctions dropped the gavel on the one-of-a-kind national treasure Saturday for $287,500 as part of their September Premier event.

The firearm, SN# 1,000,000, was manufactured at Springfield in November 1942, less than a year after the Japanese attack on Pearl Harbor brought the country into World War II on the side of the Allies. Placed in storage, the milestone piece was later presented to the firearm’s inventor, John C. Garand, on the event of his retirement from the Armory in 1953 at the close of a historic 34-year career.

The rifle remained in the family after Mr. Garand’s death until it was acquired by NRA President Allen Cors in 2003, who this year placed it up for auction. The estimated value of the gun was between $225,000 and $375,000. To put the figure in perspective, military surplus “field grade” M1s through the Civilian Marksmanship Program currently sell for $650.

More on the background of the gun, from Rock Island, below.