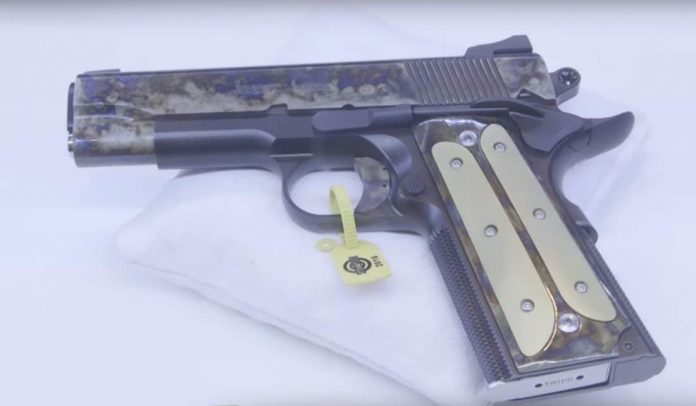 It’s the second year that Jesse James is at SHOT Show showcasing his fine line of firearms. We caught up with him at his booth to see what’s new. His pistols continue to sell well but he’s also got a new bolt action rifle and a semi-auto .308 AR-10 style rifle. Jesse’s sticking to his guns, making both sexy and functioning firearms that bear his unique stamp of creative genius.